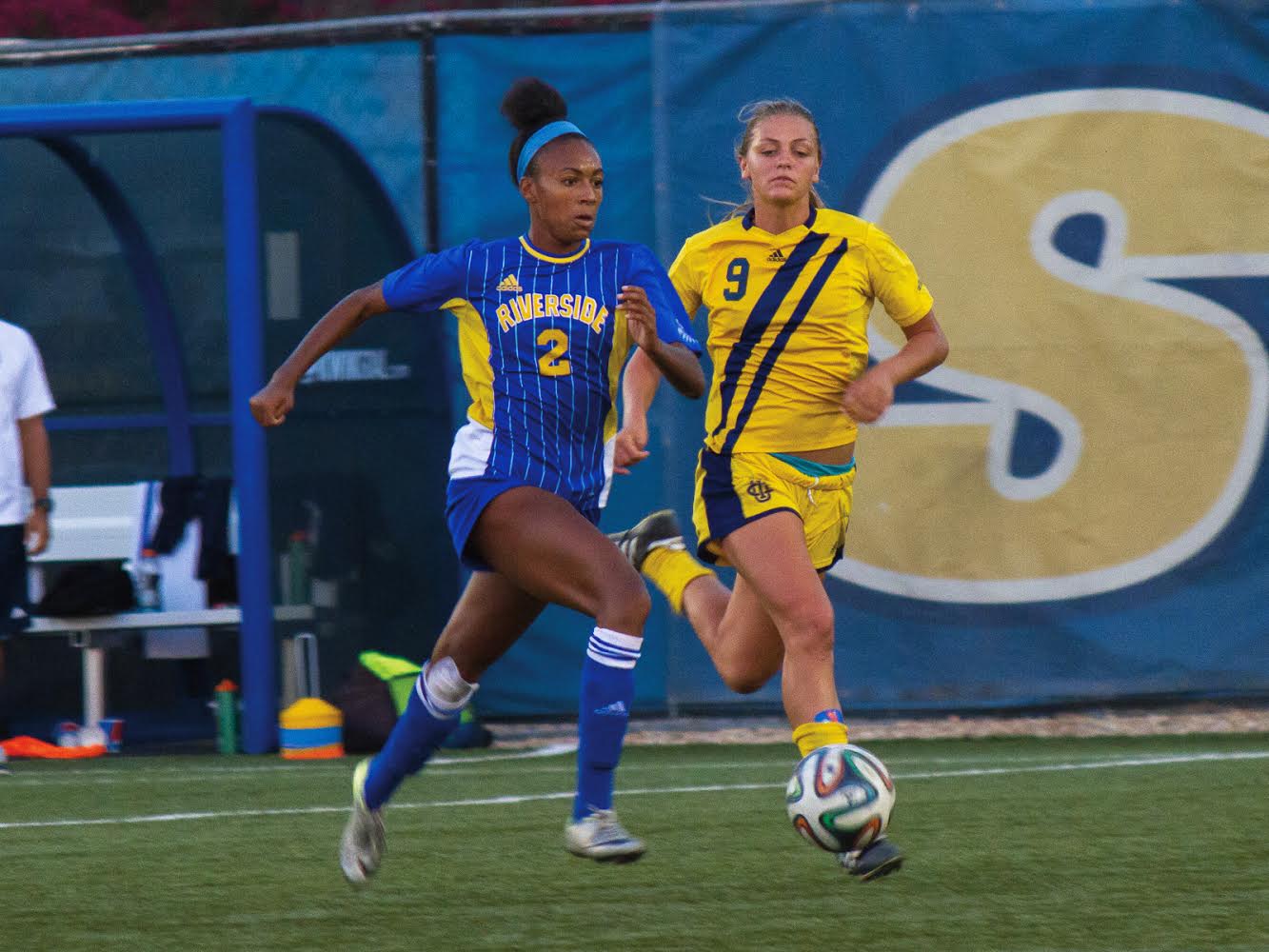 With less than three minutes left in the game and down by one goal, the UC Riverside women’s soccer team seemed destined to lose its first home game of the season.

During the first half, the visiting team scored two goals in the span of minutes, and UCR trailed 2-1 for the vast majority of the second half.

The UC Santa Barbara Gauchos were brimming with confidence as they carefully moved the ball around the field, attempting to run the clock out.

The once-vocal crowd had already accepted defeat. Hushed whispers voiced a painfully sorrow disappointment. The Highlanders outplayed their opponents for the better part of the contest. UCR outshot the Gauchos 8-2 in the second half (16-9 overall) and controlled the tempo of the game, especially on offense.

The Highlanders raced up and down the field, but couldn’t generate enough space between defenders to get a decent shot at goal, until 2:38 left in regulation, when Blanca Barrio nailed a goal from the top of the box to knot the score, 2-2. As the crowd jumped to their feet, the team all bearhugged Barrio.

Neither squad was able to score for the remaining two minutes, so the game headed into overtime. In the fourth minute, freshman Christina Tucker took a pass from Tyler Cunningham and rocketed the ball past Gaucho goalie Beth Ritter. The soccer field erupted with cheers as the Highlanders remained undefeated at home with a 3-2 come-from-behind victory.

“It was an awesome win. Just with the standings, it was huge,” Head Coach Nat Gonzales gleamed after the victory. “The way it shakes out, we now went from seventh to third. It’s going to be tight the rest of the way in the league. Every win, every point we can get, it’s going to be huge.”

“It was a total team effort,” stated forward Cunningham, who broke the university single-season record for assists (eight). “Everybody was 100 percent, and that’s how we won. We’ve been in this situation before, and knew we could come back from it.”

UC Riverside moved to 2-2 in conference and fourth in the Big West standings. The team is only one point behind third seed Long Beach State.

“Our biggest thing is consistency. We haven’t strung two wins (together) since the first two games of the season,” Gonzalez admitted. “For us to go on any kind of roll like we did last year, we’re gonna have to get a little more consistent, a little more positive energy and not having any lapses like we did today.”