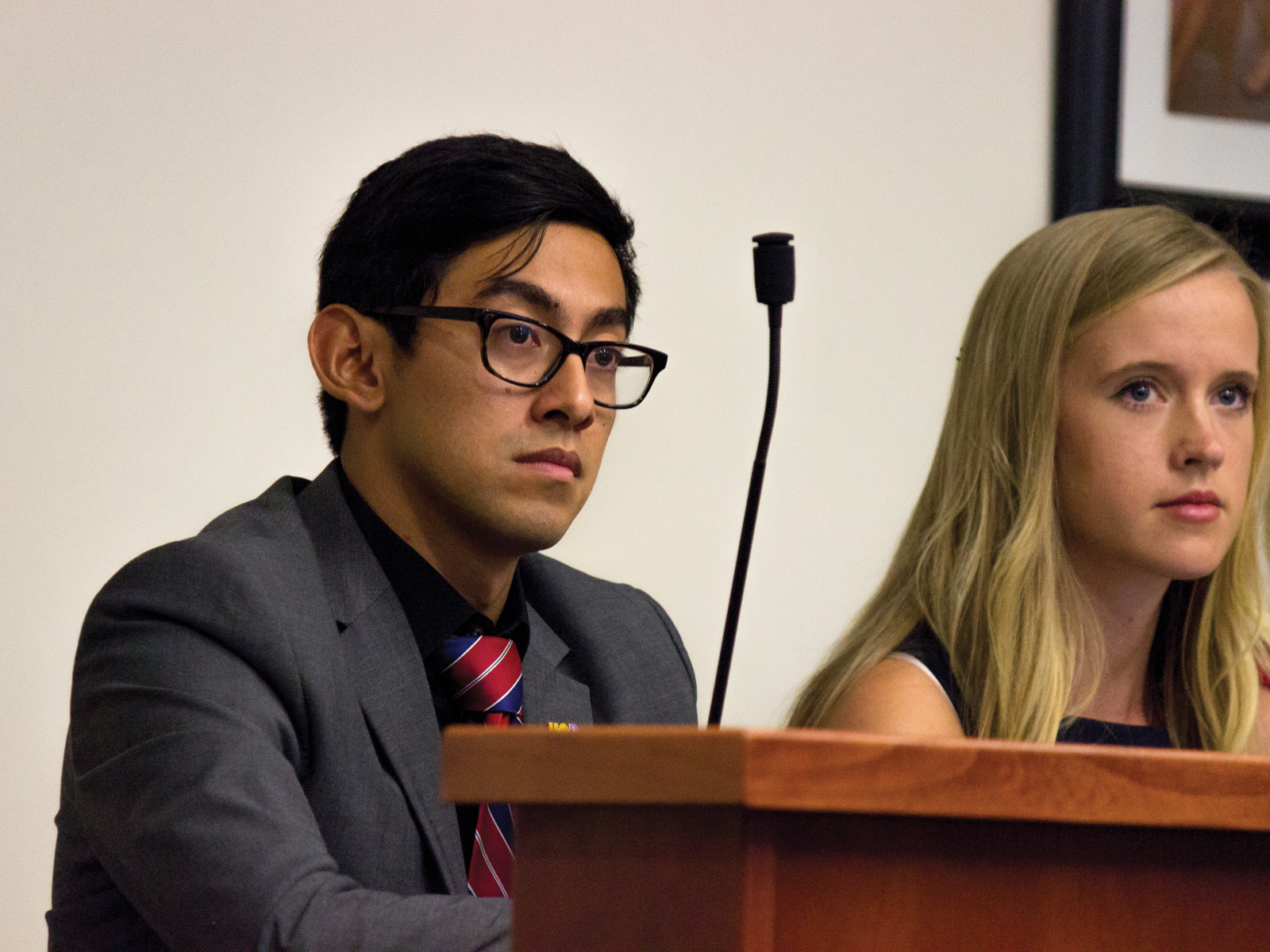 Members of ASUCR held their first senate meeting of the new academic year last Wednesday in the Senate Chambers at 6:30 p.m. to deliver past summer reports with specific focus falling on the topic of increasing student voter registration — an ongoing initiative led by Vice President of External Affairs Abraham Galvan. Other notable topics involved the approval of finance committee candidates, which drew up senators’ concerns about the qualifications of each candidate.

Galvan has been spearheading the movement to increase student voter registration by having members of his office table at the Bear’s Den and Bell Tower, knock on doors in the residence halls and utilize social media. So far, 750 students have registered, but according to Galvan, it is not enough.

He hopes to register at least 1,000 students by the Oct. 20 deadline, but describes this as a “dismal year for participation,” citing the overall lack of student enthusiasm for midterm elections throughout the United States. “I’m not sure that I will be able to reach this goal with such a short amount of time left and the conditions of this election,” Galvan says, but voter registration is “extremely important in empowering the student body to have the choice to vote on election day.”

The senate passed Galvan’s motion to make participation in student voter registration efforts mandatory for all ASUCR senators. Galvan says that voter registration is important to him because “too often, elected officials do not take students seriously because we lack electoral power.” He hopes that these efforts will help reach the goal of increasing government spending for higher education.

Chapter five, sections 3(b) and 3(c) of ASUCR’s current bylaws state that both the vice chair and secretary of finance must be appointed by the vice president of finance and approved by the senate, but several members of ASUCR initially held misunderstandings about whether or not senatorial approval was necessary. Outreach Director Jessica Urquidez suggested that the appointees be allowed to continue their duties as interims until the matter was resolved so as to not delay the functions of the finance office, but CHASS Senator Jackie Jacoby was concerned about whether or not one of the appointees was right for the position, saying that she had worked with one of the candidates in the past and “(did) not think they (were) capable.”

Jiang assured the senators that she had spent over a week interviewing more than 30 people for the positions and that the appointments were based on the candidates’ GPAs, applications and interviews.

CHASS Senator Delaynie Koenig said in an interview that Jiang’s appointments were scrutinized because they “hadn’t heard those names prior to the meeting” and that they “wanted to discuss the candidates and their selection in a closed meeting to ensure that (they) were giving them a fair review.”

The initial closed-ballot vote was held at the meeting, but with a result of 6-10-0, it did not pass. The vote was once again held in a closed session after the meeting, during which the appointees were approved. Koenig expressed her confidence in Jiang’s choices and said, “I’m sure that the two members will serve as an asset to ASUCR.”

Video of weekly senate meetings is available at www.youtube.com/UCRChannelH

Marketing and Promotions Director Ravin Rathod plans to store blankets in the Highlander Union Building information desk for the purposes of picnicking. UCR students will be able to rent them out using their identification card.

UAW 2865, the local UCR union representing readers, tutors and teaching assistants, plans to hold a protest condemning the police brutality against African Americans, specifically pertaining to a notorious incident in Ferguson, Mo. The event will take place at noon on Wednesday, Oct. 22 at the Bell Tower.

Students for Justice in Palestine will be holding a candlelight vigil to pay respects for the lives lost in Palestine by Operation Protective Edge, which left more than 2,200 people dead. The event will take place at 7:30 p.m. on Wednesday, Oct. 22 at the Bell Tower.