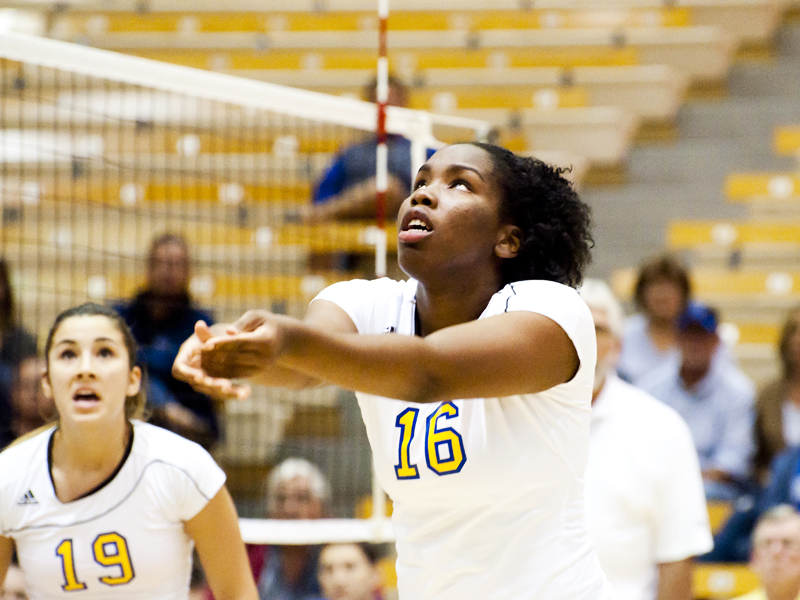 UC Riverside’s volleyball team was just unable to score its first conference win of the season and lost 3-2 to Cal Poly.

The first set was a dominant one as the UCR players came out strong and outhit Cal Poly .297 to .156. After UC Riverside took a lead of 8-2, they cruised to a 25-19 set win with the last points scored by Alex Gresham.

The Mustangs were not going to take the loss so easily as they jumped out to a 14-7 advantage. However, the Highlanders still had some strength and came back to win the set, 25-20.

The third set was played evenly until the middle of the set, when it was 14-14 and both teams were not ready to budge. Cal Poly took the lead first to make it 19-15, and despite UCR closing the score to two, 20-18, the Mustangs prevailed, 25-19.

In the fourth set, UCR took the lead but the Mustangs came back to lead 24-21. With the game on the line Cal Poly made two errors that the Highlanders tried to capitalize on, but failed and gave up two points for a 26-24 score.

With a tied series, both teams entered the final set tiebreaker ready. Cal Poly struck first by taking the first five points, but the two teams went back-and-forth in this nail-biting set. The Mustangs took the final lead at 9-6 and scored six straight points to give them the game and series, 15-6.

Unlike Thursday’s game against Cal Poly, the Highlanders were not able to make it to the fourth and fifth sets with a sweep from UC Santa Barbara.

With the game on the line, UCR was able to stick with the Gauchos without anyone taking a strong lead and trading points. The Highlanders saw a glimpse of hope with a 14-13 lead, but once again it was quickly diminished, with Santa Barbara scoring six straight points before winning the final set, 25-19.