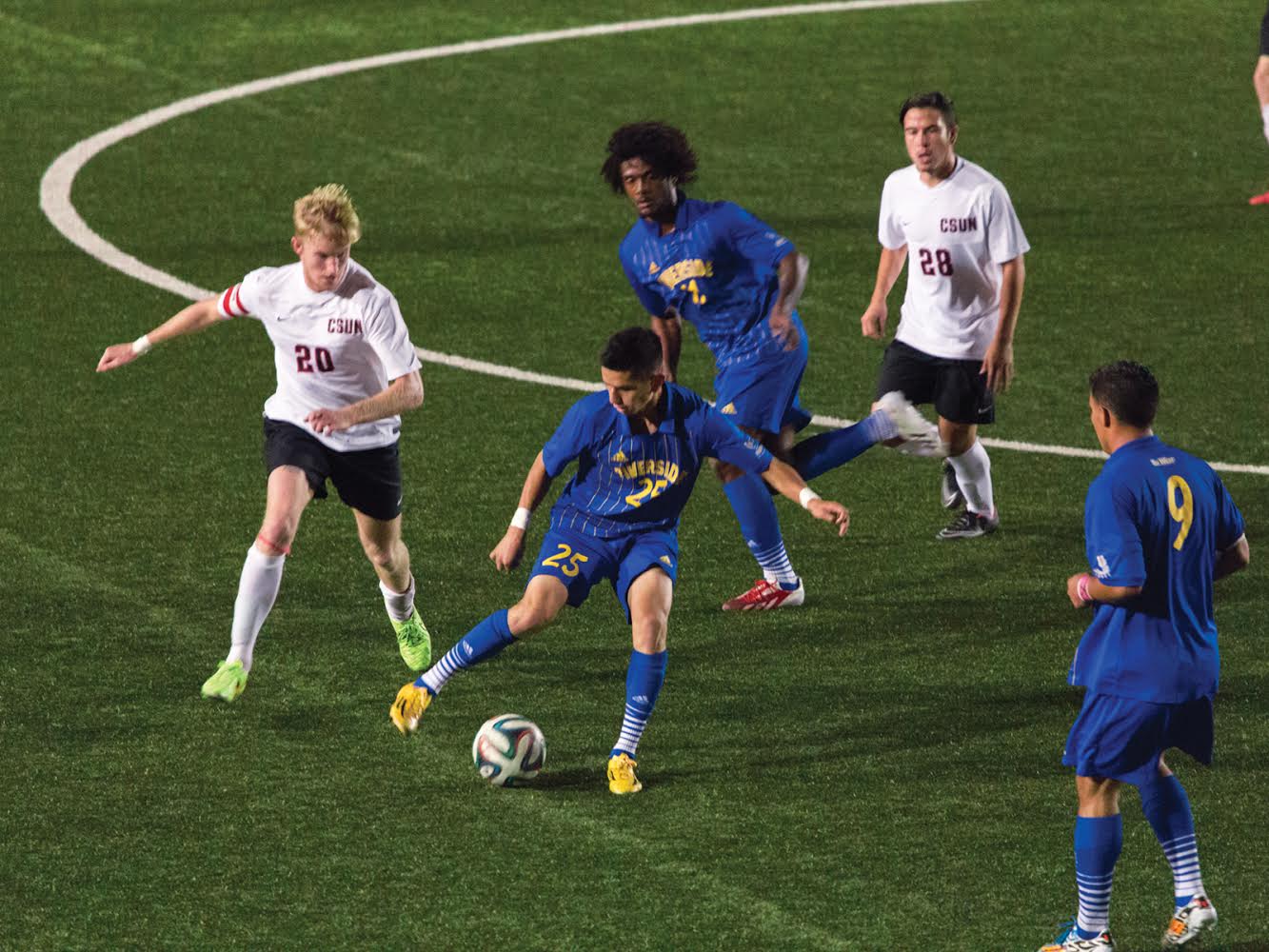 Looking to secure a Big West playoff spot as the end of the season approaches, the UCR Highlanders (4-9-3, 3-3-2) scored the only goal of the night 16 seconds into overtime to upend the Cal State Northridge Matadors, 1-0, at the UCR Soccer Stadium. Senior Juan Mendoza Jr. scored the winning goal on the Highlanders’ Senior Night.

The match was a defensive showdown as the two squads combined for 12 saves. UC Riverside started the game off aggressively, firing a shot on goal just five seconds after the opening whistle. The Highlanders tallied 11 shots in the first half compared to the Matadors’ five, but neither team was able to find the back of the net. Cal State Northridge’s goalie Adam Hobbs was forced to make four saves while UCR goalie Ashkan Khosravi tallied two.

The Matadors started to pick up their offense in the second half. CSUN’s Nicolas Camacho made Khosravi earn a save in the 51st minute and the team continued to fire goals down the field. Neither side could find the breakthrough goal in regulation, and the match went into overtime.

It took the Highlanders 16 seconds to cap off a perfect Senior Night. Highlander Romario Lomeli’s shot was saved by Hobbs but rebounded right back to Mendoza, who headed it into the net.

UC Riverside was the most aggressive team, tallying 21 shots (eight on goal) compared to Cal State Northridge’s 12 shots (five on goal). The Highlanders also edged the Matadors in corner kicks, eight to zero.

With the win, UCR moved into second place in the Big West South Division.

The Highlanders clinched a Big West playoff spot on Saturday evening with a 2-2 tie against Cal State Fullerton.

It didn’t take long for the Titans to get on the board, as less than two minutes into the contest the home team scored, 1-0.

UC Riverside responded in the 22nd minute, knotting the game at one apiece behind a Michael Salazar header.

Pushing the ball up the field in the 37th minute, Highlander Otis Earle found Juan Mendoza for the second UCR goal in the half, 2-1.

The second half was a battle for the Highlanders as they tried to hold on to the lead. In the 67th minute a hard foul by Earle earned him a second yellow card, so UCR was forced to play one player down.

Titan forward Amara Soumah capitalized immediately on this advantage to tie the score 2-2.

Highlander Stephen Copley received a red card in the 84th minute, so UCR soldiered on without two players on the field with 10 minutes left in regulation.

Physical play continued between the two squads as both tallied a high number of fouls. Cal State Fullerton was called for 31 fouls and UC Riverside, 28. Neither team was able to score in regulation and both overtime periods, ending the game in a 2-2 tie.

The Highlanders next play on Wednesday, Nov. 5 against UC Irvine. The Big West tournament begins on Saturday, Nov. 8, though teams are still jockeying for positioning with several games still on the conference schedule.