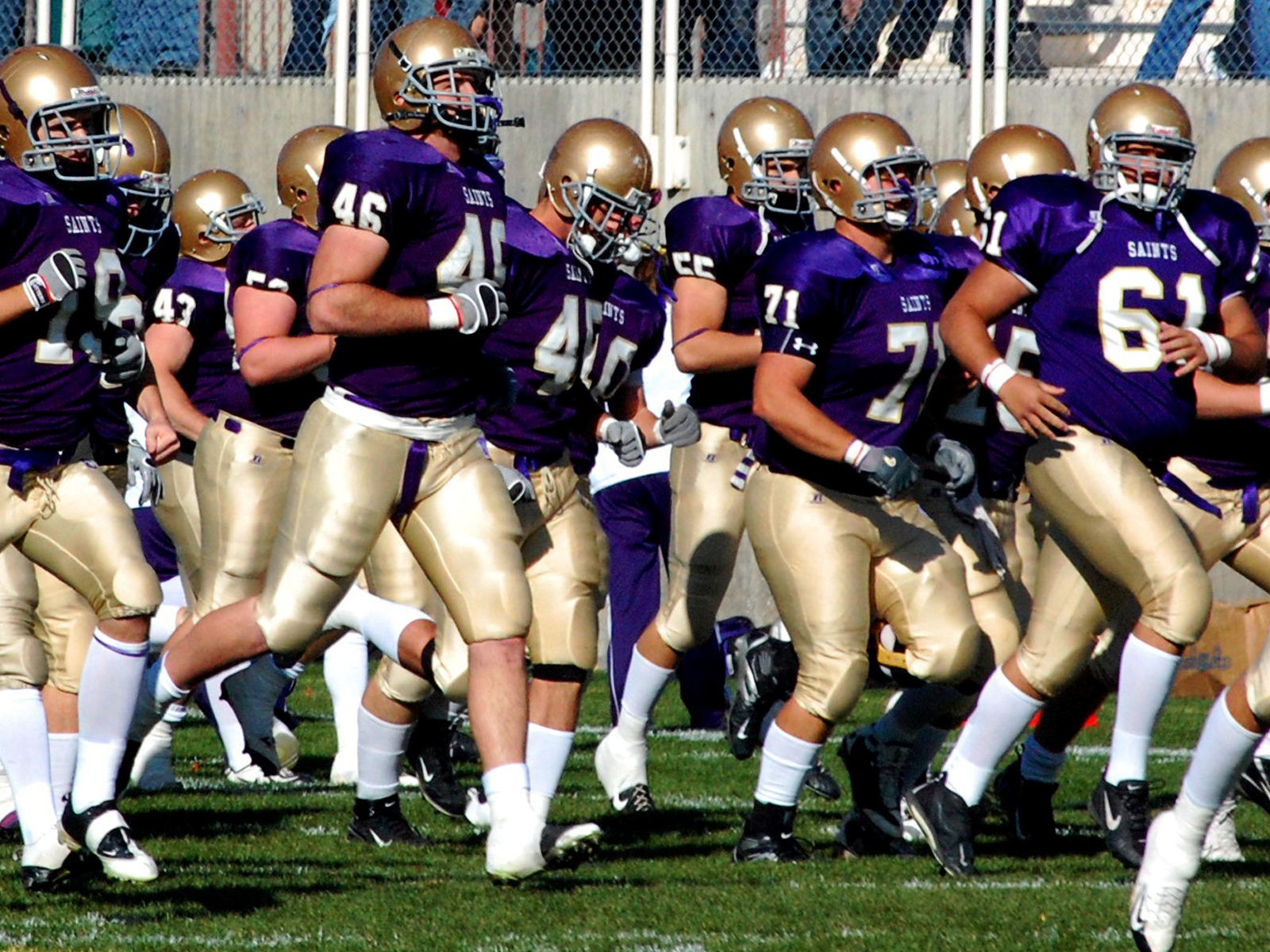 Samantha Sackos worked at her university’s athletics department for four years. In her position and others like it, people frequently work over 40 hours a week — it’s a full-time job. She is also a student, so she not only worked full-time, but tried to balance it alongside her academic studies. That’s over 8,000 hours of sweat and effort into making her $31.8 million department run well.

She was never paid a cent. The reason? She’s a student athlete.

Because of those high viewership ratings, college sports are immensely profitable. The National Collegiate Athletic Association (NCAA), a nonprofit agency that governs the college sports world, made $871.6 million in the 2011-2012 fiscal year (81 percent of that came from television and marketing fees). The college sports apparel industry is similarly lucrative, with one estimate placing it at $4.3 billion in 2012, not to mention all the revenue that comes from television spots, endorsements and plenty of other sources. Now, college sports are just as profitable as professional sports — if not more so. The only difference is that professional athletes are paid. Student athletes are not.

But even if that’s the case, proponents of the status quo say that students just love playing with their teams. “Student-athletes have a passion for their sport and a commitment to their teammates that can’t be equated to punching a time clock,” the NCAA has said. Such a statement isn’t exactly incorrect. Student athletes are enthusiastic about their sports. In fact, they have to be — why else would they be willing to spend countless hours every week training, working, improving and striving to be the best, all for no compensation?

Athletic scholarships are provided to students, but that only goes for tuition. There are other living expenses too. It’s great to love what you do. But love for your job doesn’t pay the rent. It doesn’t make the lights turn on or fill your stomach. After all, one of every two students living off campus but not with family live beneath the poverty line. Statistics aren’t kept for students who live in the dorms, but it’s not hard to imagine that their pocketbooks are similarly empty. Food may be provided in the residence halls, but with frequent late-night practices and games, student athletes often come home too late to eat. At the same time, the time commitment for both athletics and academics means student athletes have less time to take on a job. There are only so many hours in a week, and student athletes are already using all of them. By implying that students can make a living off of only their “passion for their sport,” the NCAA only shows its obliviousness to the entire situation.

Apparently, time is money — except if you’re a student athlete. But if you’re an athletic director, it is. A lot of money, in fact. In 39 states, the top-paid employees are sports coaches. A private foundation set up to fund the University of Alabama’s athletics program decided to purchase an 8,759 square-foot house for their football head coach Nick Saban. The pricetag was a mere $3.1 million. (The foundation also pays the property tax.)

So the problem isn’t that there isn’t enough money to go around. Even if money was an issue, it shouldn’t be hard for a university to prioritize its students, who are the people the university is intended to serve in the first place. To that end, all universities should pay their students at least the minimum wage. $7.25 an hour isn’t much, but it’s a start so that student athletes get paid for their work. Legislation at the state level should be the long-term solution, but in the meantime individual universities should take the initiative and start granting their student athletes minimum wages. For universities unwilling to take the plunge, the NCAA should leverage its authority over college sports and push the minimum wage for student athletes.

It is true that there are some famous student athletes who make significant sums of money. But the vast majority of student athletes work just as hard but get paid a lot less. For students who already make a lot, adding a couple of bucks to the pile doesn’t make too much of a difference. For the students who aren’t that lucky, the minimum wage would be a life raft. Down the line, things like merit-based pay and sponsorships can also be considered. But a basic level of pay needs to be established first, and that’s what the minimum wage is for.