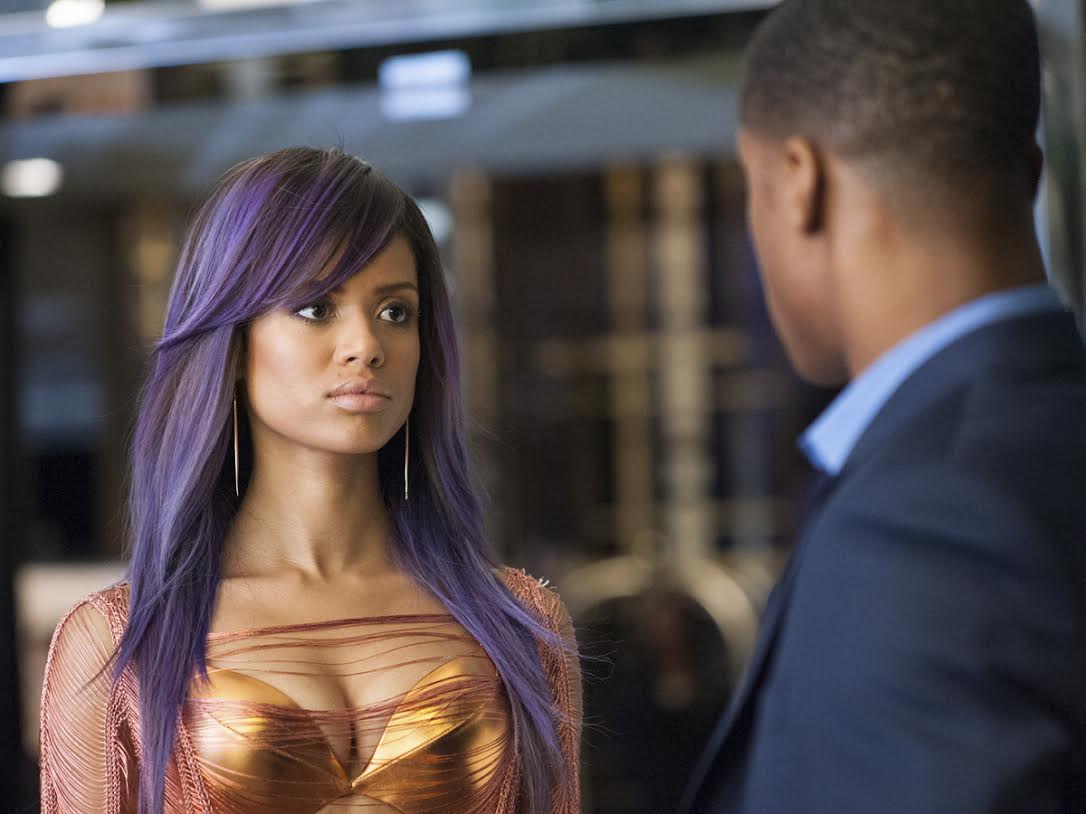 Social commentary done right: That is what “Beyond the Lights” manages to achieve in its almost two-hour running time. With precise focus it tackles tantalizing issues such as media scrutiny, family pressure and concerns over personal image. “Beyond the Lights” strips these issues down to their core and analyzes them on a level so deep the average viewer might just walk out of the theater learning something about their own self. Director Gina Prince-Bythewood masterfully turns a melodramatic story into something tangible and authentic. With cult movie classics like “Love and Basketball” under her belt, Prince-Bythewood assumes the director’s chair with experience and another grand story to tell.

The premise of the plot is normally something stripped right out of someone’s typical Saturday night cheap movie date. A rising star, Noni Jean (Gugu Mbatha-Raw), has become used to aiming for the stars, working hard to ensure her musical career shoots off with a bang. However, every aspect of her career and image is meticulously crafted by her manager Maci Jean (Minnie Driver) and her record company. In the wake of her debut album the pressure is stacking up on Noni, and she’s being pulled in a multitude of directions — ultimately losing sight of the person she was before the glitz and glamor. After winning a Billboard award for being featured on a hit record with her industry boyfriend Kid Culprit (Machine Gun Kelly) she indulges in wine on the way to an afterparty but soon finds herself dangling from the edge of a balcony in despair. A police officer, Kaz Nicol (Nate Parker), manages to appeal to her actual persona by saying the keywords, “I see you.” From then on a budding relationship begins between the officer and the misunderstood star.

The acting is a huge component in making the film as powerful as it is. Mbatha-Raw’s performance as a pop star is stellar. In one scene she appears as a fortified and confident young woman standing on top of the world while in another scene she becomes an unnerving shell of her former self. The internal battle her character is having translates well and transcends the screen. Parker’s performance is equally convincing. He becomes the one you are rooting for, as his convictions and strong nature are mirrored in all of his actions.

Social issues are usually tackled lightly in films. “Beyond the Lights” paints the media as vultures, as they constantly try to pry into Noni and Kaz’s life to get a front-page story. The couple’s feelings aren’t considered and you can see the toll it takes on them in the process. They eventually start to believe what the media is perpetuating. You see firsthand what the media can do to people.

Another social issue the movie takes head-on is the peer pressure that stems from family and close friends. Throughout the film we see Noni’s mother actively controlling her career and not taking discretion for what would be best for her daughter. Noni falls into the trap of thinking her mother’s word is absolute because she is the only person in Noni’s life to ever give her direction. That dynamic also resonates beyond the screen and raises the emotional stakes of the film.

The soundtrack deserves an honorable mention, combining a medley of modern and urban tracks such as “Drunk in Love” by Beyonce and songs by Machine Gun Kelly and Rita Ora. The tracks provide a much-needed break to the serious tone of the film and embed scenes with personality and flavor. The usage of newer music gives the film a necessary tone boost to accurately depict Los Angeles glamor.

“Beyond the Lights” does what many films fail to do, and that’s giving the audience an entertaining story while being packed with social context that actually makes sense and doesn’t only serve as a finger-wagging lesson. This film deserves to be seen by those who are itching for a drama with actual depth and credibility.