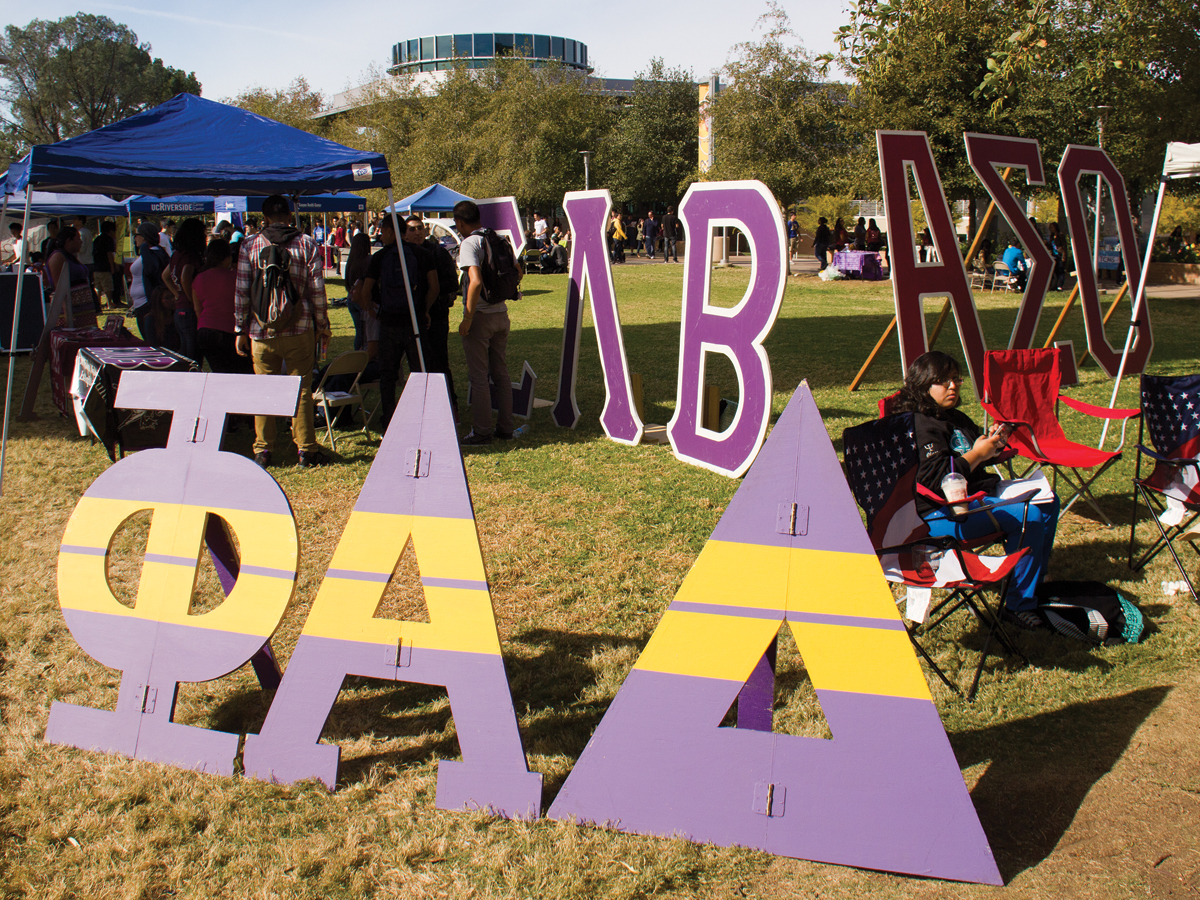 More Greek letters are expected to blanket Pierce Lawn after UCR’s College Panhellenic Association (CPA), representing six single-gendered sororities, voted to add another chapter for the first time in over two decades. After six months of combing through sorority applications, visitations and presentations, CPA decided to support the colonization of Alpha Delta Pi in spring 2015.

When former CPA president Caitlin Harrington first started UCR in 2010, the average sorority size was 87 women per chapter. Four years later, that number increased to 113, prompting her to take a serious look at expansion in May 2014.

“So we saw this massive jump,” explained Harrington, “and that in conjunction with a lot of other problems coming up, like not being able to reserve rooms or the organizations being kind of static … we were like, ‘it’s time to do this.’” She felt that the chapter expansion would decrease the number of members in each chapter and ultimately make it easier for them to find enough physical space to hold meetings.

An exploratory group made up of CPA chapter presidents and advisers released a feasibility report, which revealed that membership grew from 5.2 percent of female undergraduates in 2008 to 6.9 percent in 2013. This percentage had fluctuated around 5.2 percent up until 2013, when the organization saw a spike from 488 to 662 members.

CPA presidents, approving the expansion process in June 2014, received applications from a total of nine sororities applying for colonization. Such as in the cases of Chapman University and UC Irvine, Harrington says chapters are typically added every four or five years, which made UCR’s two-decade-long dry spell unusual.

“Everybody was freaking out,” Harrington said about the expansion process. “We were this hot button thing and everyone wanted to be at UCR for some reason.”

President of Kappa Kappa Gamma Hailey Grisel initially did not know how to react to the news, but felt hopeful that more facility space would be offered to her sorority. “This past October, we were forced to use both the HUB and Pentland facilities to accommodate the large number of women in our chapters. Had our community not gone through this expansion process, we may have run out of facilities to hold the larger chapters,” she said.

The CPA report touched upon concerns over the creation of a “funneled structure,” a system where there are more new members than there are graduating seniors within a chapter. Grisel also feels a greater sense of relief that more women will be given a greater opportunity to “find another place where their personality best fits their chapter’s.”

On a nationwide front, CPA includes a total of 26 membered sororities. The national organization of Kappa Alpha Theta pulled out its UCR chapter in 1988 and Alpha Chi Omega was the last chapter to be added back in 1992, leaving a total of five other sororities: Delta Gamma, Gamma Phi Beta, Kappa Kappa Gamma, Pi Beta Phi and Sigma Kappa. Alpha Delta Pi will join UCR come spring 2014 and begin recruitment during the first week.

With concerns over hazing and sexual assault that are sometimes associated with Greek life, Harrington said that CPA organizations are required to undergo daylong training, which includes understanding when sexual assault happens and how to prevent it. In regards to hazing, Harrington said, “Luckily, on our campus, we don’t have much of a problem with that,” as there is a zero tolerance policy at UCR.

Director of Media Relations Kris Lovekin reported that the fraternity Pi Kappa Alpha was given a one-quarter suspension that ran from November 2013 through winter 2014, and is the only sorority- and fraternity-related suspension in recent years. The suspension was caused by fraternity parties, which caused neighborhood disruptions and warranted police intervention in spring 2013.

CPA Recruitment Chair Madeleine Prothero expressed excitement over the addition of another sorority chapter, which she believed will enshrine a greater sense of sisterhood within its members. “Sometimes you just need someone to go to Chipotle with,” she said about creating bonds within an organization.

The national organization of Alpha Delta Pi has sent a leadership consultant as a live-in professional staff member to help the new UCR colony grow during its first few years. The organization is also seeking to create an alumni advisory board consisting of members from San Bernardino and other nearby cities.

Alpha Delta Pi currently has over 140 chapters in the U.S. and Canada and its national philanthropy is the Ronald McDonald House Charities, which provides free housing for sick children and their families.

The national organization of Alpha Delta Pi Growth and Development Manager Jennifer Dickinson expressed that their chapter has long been interested in establishing a chapter at UCR, having received great impressions of its Panhellenic community. “We hope to complement the great things the Panhellenic community is already doing on campus. We look forward to providing a home away from home for even more women at UCR,” she said.