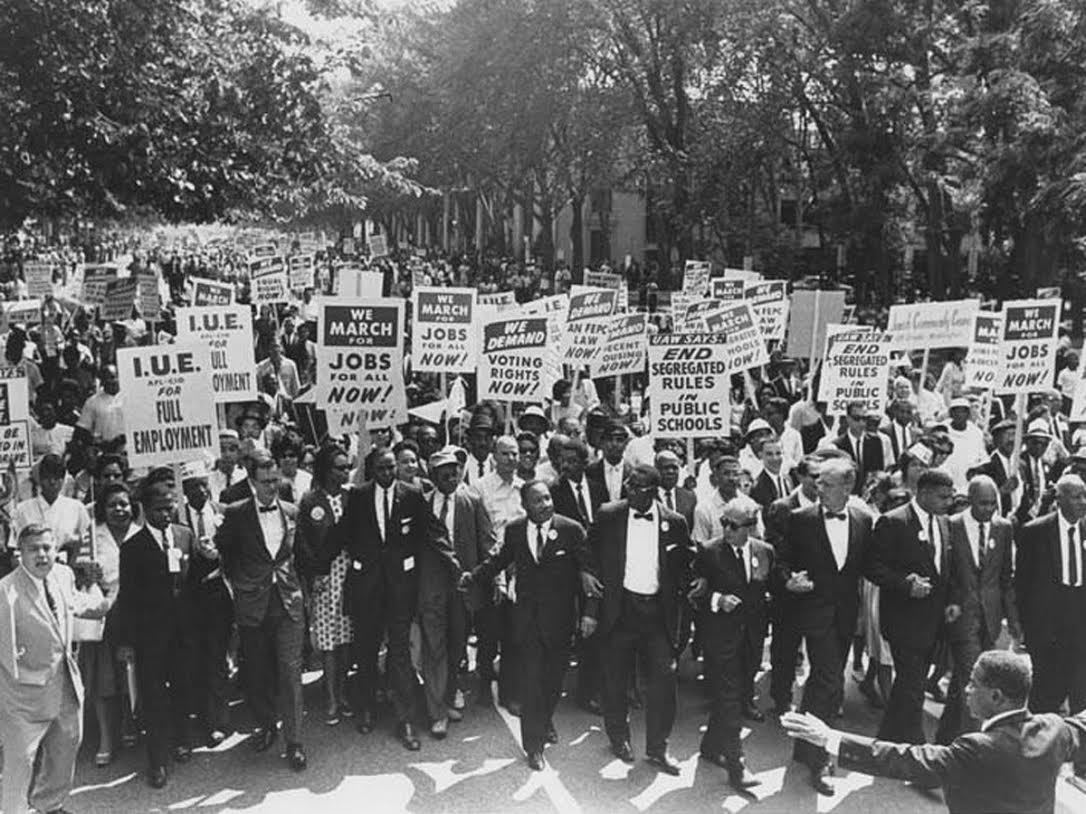 Organized by Alphi Phi Alpha, African Student Programs and Associated Students Program Board, the event opened with a prayer thanking event organizers, past and current civil rights leaders and King. The prayer was followed by King’s last speech, “I’ve Been to the Mountaintop,” which played to allow the audience to settle in as the speakers began.

Lazaque Mugerwa, a fourth-year electrical engineering major and main organizer for the event, recognized the legacy of King, stating, “He had to dream because his personal reality drove him to a deep sleep, to escape the horrors of the Jim Crow south, segregation, police brutality, poverty-stricken neighborhoods and systematic oppression.”

Vice Chancellor of Student Affairs James Sandoval said the march was created because students from California State University San Bernardino and UCR had sent emails to the campus administration, expressing that there were a lack of events dedicated to recognizing the late figure.

As part of the event, there was an essay contest in which students were asked to answer whether or not they were living King’s vision of an equal society. Undergraduate Rebeka Dejenie, who was announced as the winner of the contest, presented her essay which argued that society is not living King’s dream by referencing recent controversies such as the death of Eric Garner, which sparked protests.

“We are still out in the streets fighting for equality,” Dejenie stated. Despite arguing that society has not lived up to King’s expectations of social justice, she reminded the audience that remembering King’s vision allows them to continue pursuing equality.

Pape Anne, a third-year business major and march organizer, stated that despite recent controversies”this event is focused mostly on all the positives as opposed to the negatives by celebrating his life,” Anne stated.

Jasmine Mejia, a third-year English major, stated that students should be more involved in events that promote equality and social justice on campus regardless of their background. “People should see that unity is key, it’s not just the black community, it’s that everybody should contribute to change,” Mejia said.

Mecca Shabaz, a first-year creative writing major, spoke on what the audience should learn from the event. “People need to be able to recognize their privilege, and realize the adversity that some people face, in order to develop empathy and evolve,” Shabaz explained.