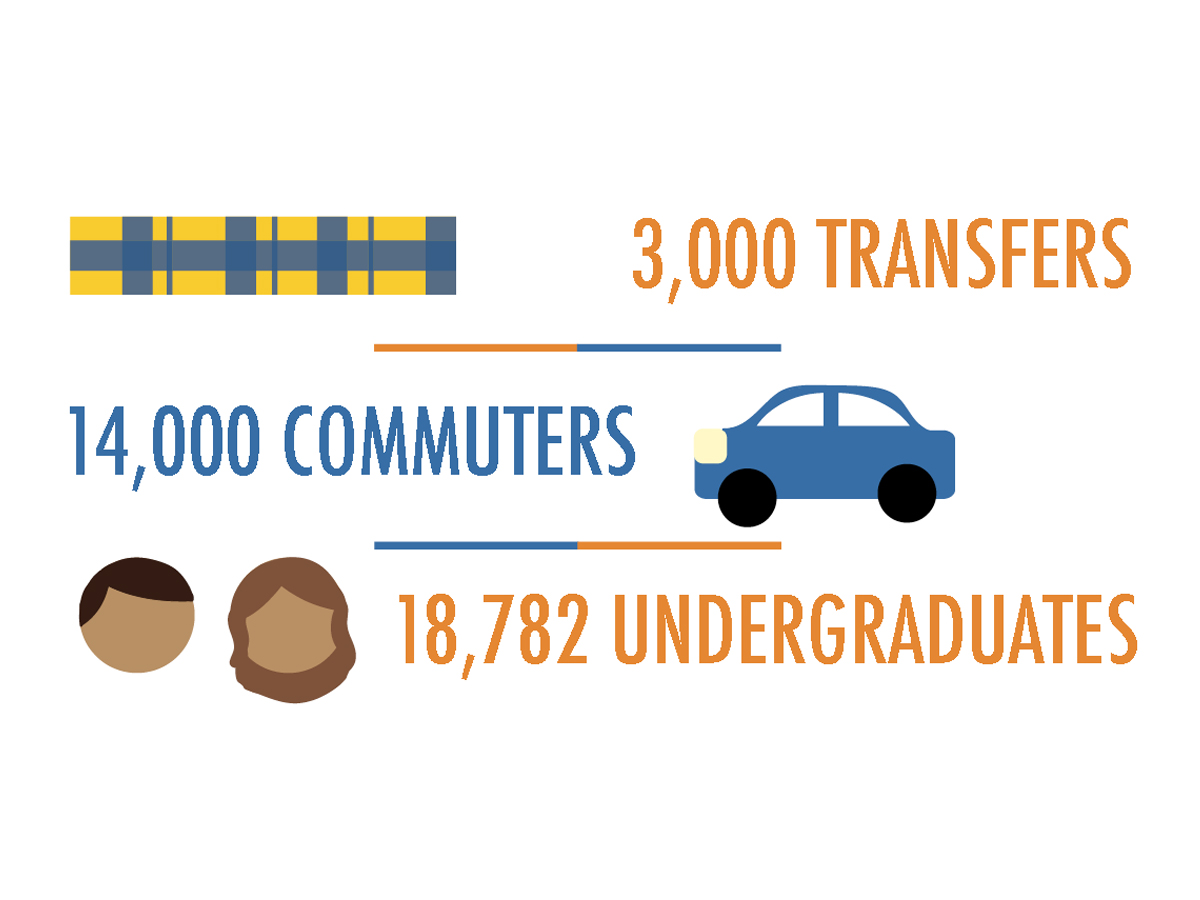 A new lounge designated for transfer and commuter students is finally set to open by the end of the quarter at the HUB after sitting vacant for more than a year. The lounge will be located in the former space of the Stacked Deli, according to Vice Chancellor of Student Affairs Jim Sandoval.

An estimated $44,000 has been allocated to remodel the former deli and turn it into a lounge and workspace. While it will be open to all students, it will be dedicated to the university’s 3,000 transfer students and more than 14,000 commuters and will serve as a place for students to relax and network.

ASUCR Senator Akeem Brown, who began work on the lounge before he was elected into office last spring, has made it his mission to get transfer and commuter students more involved on campus.

“I realized there was no space allocated for transfers,” he said. “If we had our own space, we could fully assimilate to campus.”

A transfer center used to be located in the student services building, but it was shut down last winter to house the TRiO Scholars Program, which designs educational outreach programs to assist low-income high school students seeking a college education.

Brown said he was disappointed when he heard about the closing of the transfer center. As founder and president of the California Transfer Student Alliance, also known as The Alliance @ UCR, he aims to assist transfer students like himself.

Some experience “transfer shock,” a state in which transfer students have difficulty adjusting to a four-year university after coming from a community college, thus increasing the likelihood that they will drop out of school. “There’s a recidivism problem for transfer students, so why would you take away their resources?” he asked.

Since last summer, Brown has worked closely with UCR administration, which he described as being “overly supportive” of his proposal.

“I know I don’t only speak for myself, but for all the transfer students on this campus who feel marginalized, who do not have a space to call their own,” he said. “Time has come when transfer students be extended the same opportunities and resources that any other student has.”

Many transfer and commuter students agree with Brown, and admit they often feel disconnected from campus life because of their age difference or the fact that they live off-campus.

Third-year sociology major Betsey Gudino said the Transfer Commuter Lounge would be her go-to place on campus, since she often struggles to find places to hang out and study.

“If this lounge was open, it would be easier to go to there to study, especially when it’s really cold or hot outside,” she said.

Danielle Garcia, a second-year biology student who commutes from Moreno Valley, said the lounge would provide her with more opportunities to meet and connect with students like her.

“It would be like joining a club, without having to commit to one,” said Garcia, who is unable to attend club meetings because she lives off-campus.

Sandoval explained that they will connect the space to the lounge next door and change the furniture as well. Additional seating, a counter with a sink, multiple microwaves and vending machines for after-hours snacks will also be added.

Though a timeframe of the construction was not given, but Sandoval believes it will be done fairly quickly. Construction is expected to be completed by the end of the quarter.

“We do not anticipate any need to shut down the existing lounge,” said Sandoval. “We may need some time when we are opening the wall but don’t anticipate that will cause much, if any, of a closure.”

Brown plans on graduating in spring, and would like to see the lounge open before he leaves. Although the administration has given a green light to the lounge, he still remains skeptical because of how long it sat in transition before.

“In one moment, another project could take priority,” he said. “I will be convinced when I hear the sound of hammers and drills coming from the HUB.”