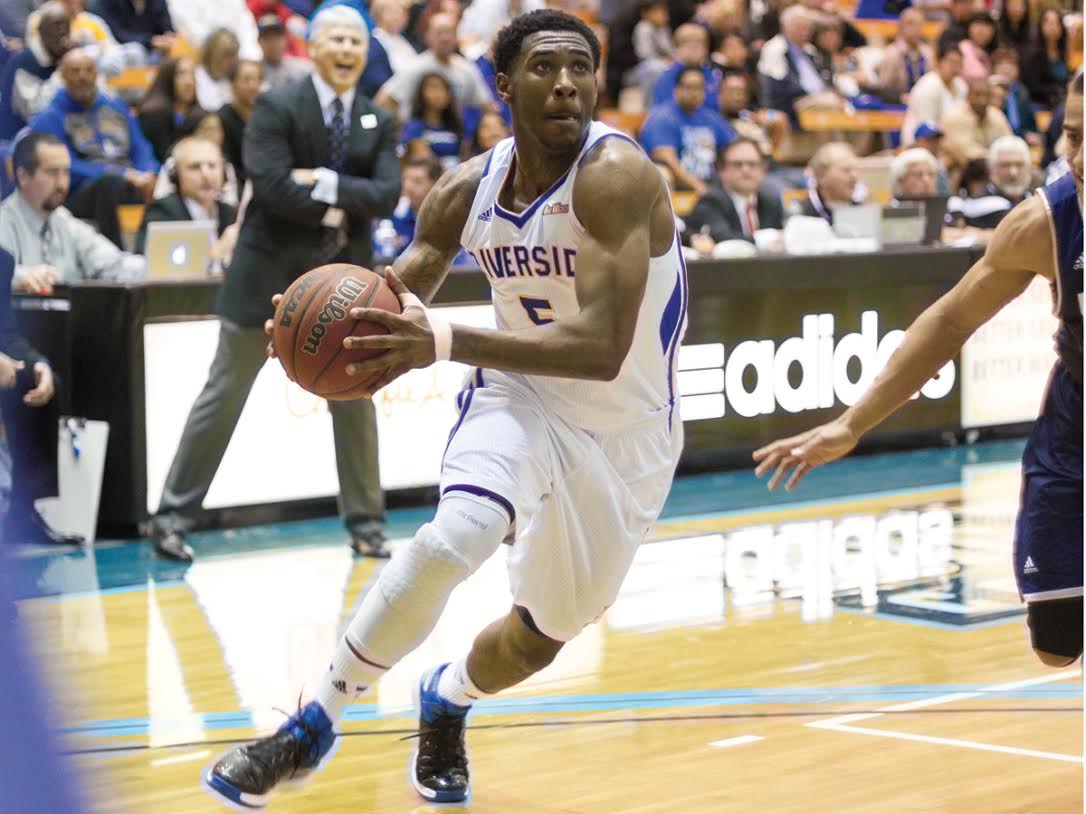 The UC Riverside’s men’s basketball team hit the road to UC Santa Barbara hoping to keep the momentum from last week’s win against Hawaii, but with history on their side, the Gauchos pulled off an 83-75 win. Riverside has yet to beat UCSB on the road since 1956.

Santa Barbara came out in the second half ready to make some moves en route to a 7-0 run at the start of the period. The Highlanders would eventually stop the run when Jaylen Bland capitalized on two free throws to make the score 47-42. However, the Highlanders were never given a chance to do any serious damage in the second half, as the Gauchos continued to pile on the points. With 7:31 left in the game, UCSB would take its biggest lead of the game with 15 points for a 70-55 score, a margin that the Highlanders could never overcome, as they fell to the Gauchos on the road 85-75.

Leading the Highlanders in scoring was Bland, who finished the game with 21 points. Trailing Bland on the scoreboard was Steven Thornton with 19 points, Taylor Johns with 14, and Quick with 13.

It was the Highlanders versus the Mustangs in enemy territory, and Riverside would not be going home with a victory in their pocket, but instead another road loss.

UCR had a tough game ahead of them when they would gain their first lead of the game, with a three-pointer from Bland bringing the score to 16-14 midway through the first period. The Highlanders would attempt to extend their lead, but the Mustangs’ defense buckled down and held the Highlanders to only six points in the last eight minutes of the half, while tying the score at 24-24.

A good portion of the second half was a display of both teams simply trading buckets, with two lead changes and two ties in the first 12 and a half minutes of the second period. A fast break dunk by Taylor Johns with 7:29 to go tied the score at 37-37, yet it would be the last tie of the game. Cal Poly would go on to score 11 points before Riverside could even respond, giving them a double-digit lead for the rest of the game that allowed the Mustangs to close out a victory against the Highlanders.

The top scorers for UCR were Johns with 19 and Thornton with 11. The Highlanders head back home to take on CSU Northridge on Jan. 31 at the Student Recreation Center Arena.