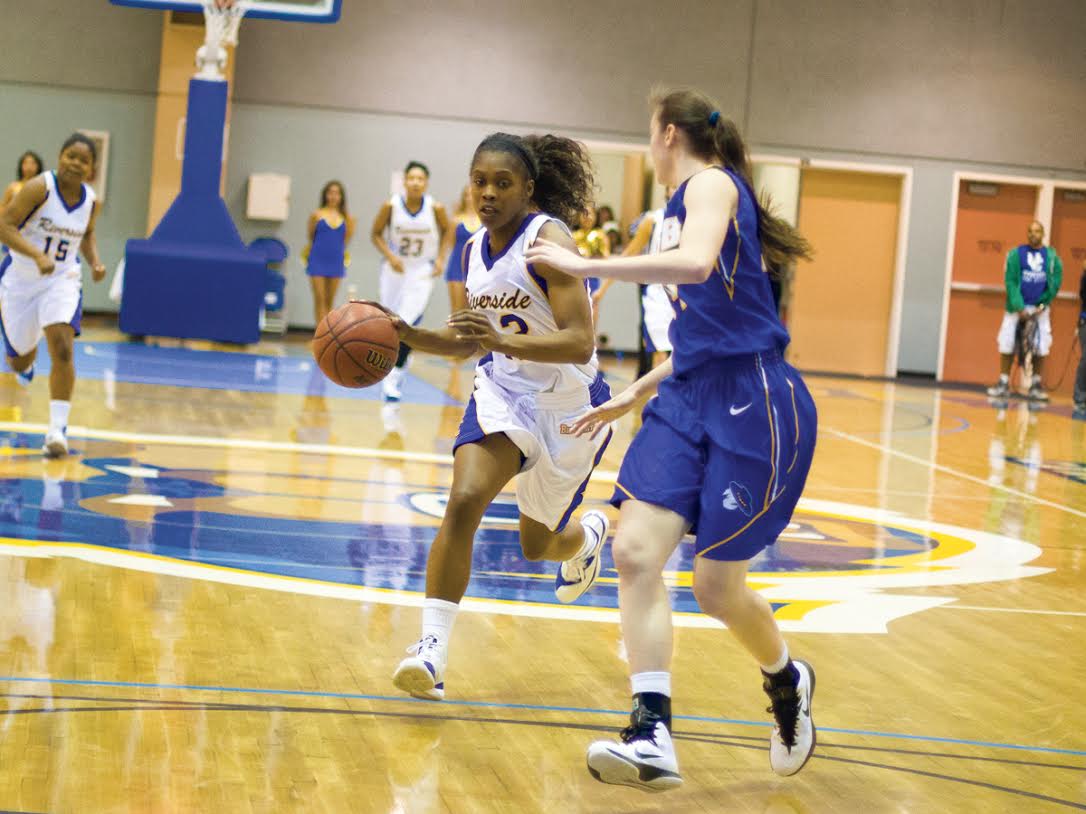 After a disappointing previous week of two straight losses on the road, the UC Riverside women’s basketball team hoped that a two-game homestand in the friendly confines of the Student Recreation Center Arena would be a harbinger of better fortunes, with the first of those matches coming against the 0-16 UCSB Gauchos.

The Gauchos were able to put up an early lead on the Highlanders in the opening stages of the match, outscoring UCR 7-1 in the first three minutes of regulation. However, the Highlanders were able to snatch the lead right back in the next five minutes, embarking on a 12-5 run to take a 13-11 lead with 11:59 to go.

For the next four minutes and seven seconds, the Gauchos were held without a single point, and were forced to just watch as the Highlanders piled on 15 straight points to gain a commanding 28-13 lead in the first period.

With the Gauchos seemingly resigned to their fate, the beginning of the second half served as a stomping ground for the Highlanders, who continued to build upon their lead and gained as much as a 23-point advantage. However, UCSB gave the Highlanders a slight scare late in the second when a Gaucho score, followed by a Brittany Crain turnover subsequently resulted in yet another two points for Santa Barbara, which cut the UCR lead to 7, 75-68.

The Highlanders were able to close the match, though, and left Thursday’s contest with a convincing, confidence-boosting win over the lowly UCSB Gauchos.

Thursday’s contest was another standout performance for the Highlanders’ star guard Brittany Crain, who registered 29 total points off 11-18 shooting to lead all scorers, while also playing the entirety of the game’s 40 minutes.

Looking to build off the momentum of Thursday’s win, the Highlanders were set to take on the Cal Poly Mustangs in the last of their two-game homestand.

An 11-2 run to open up the second half made it seem as though the Highlanders had the game in the bag, but a 16-2 run by the Mustangs cut the UCR lead to 58-52 with 9:01 left to play. A pair of straight threes by Mustangs Ariana Elegado and Beth Balbierz cut the UCR lead to four with 1:12 to go. Cal Poly fouled Brittany Crain on the next possession, who capitalized on both her free throw attempts to bring the Highlander lead back to six.

Cal Poly missed a three-pointer on the next possession, forcing them to foul Adams, who botched both free throw attempts to set up another Mustang basket that cut the lead back to four. The cycle continued for the next 33 seconds, with the Highlanders eventually coming out on top with a final score of 82-78.

With Saturday’s victory, the Highlanders’ record improves to 12-8 overall and 3-3 within the conference, placing the team at seventh place in the Big West.

Next up for the Highlanders is a trip to Northridge to take on the second-place Matadors on Thursday, Jan. 29.