If people ask what I’m usually scribbling down in my notebooks, I feel I have to discredit my fan fiction by stating it’s “not real writing,” even though I believe it is. Common among blogging or writing communities on the Internet, fan fiction is produced and read in prolific amounts. Fan fiction receives its name from its writers, fans of numerous entertainment material — which span TV shows, movies, books, video games and even history (fan fiction on the relationship between Thomas Jefferson and John Adams is real). Other fans and I often engage with the materials’ canonically fictional universe or “canon” by writing pieces dependent on said universe, expecting our readers to have prior knowledge.

Based on its premise, fan fiction often receives criticism. Other than critiques regarding fan fiction’s originality, many don’t perceive it as a genre, due to the number of subpar pieces in circulation. Since the Internet is ultimately a free-for-all space, fan fiction writers are able to easily post their works — no matter if it is good or bad writing — to an online public. This allows anyone with Internet access to post, including my ten-year old self.

I’ll admit: I have written and read fan fiction, with my anger-inducing Dell computer, a fumbling grasp on proper grammar and a heart set on teenage romance. My Kingdom Hearts fan fiction (Kairi and Sora for life) will forever remain on the interwebs, and the time I spent reading through Final Fantasy fan fiction archives could have been study time, but I do not regret one minute of it. As an English-as-a-second-language learner with a double major in the humanities, my previous experiences with fan fiction writing and reading has been invaluable to my writing style.

I have realized how unfair it is to declare fan fiction as a genre or a waste of time, especially when compared to published books. While published writers have trained editors, fan fiction writers often only have themselves and their fellow readers to rely on. Fan fiction writers’ motives for writing is often purely intrinsic. I did not write a “Supernatural” adventure with romance at every turn because it was a great way to practice the proper use of a comma, I did it because I loved the dynamic between the characters, the setting of small-town America as a hidden supernatural space, and, frankly, writing about wendigos and vampires is pretty fun. The same can be said of my reading skills. Though I may have increased the words I can read a minute via indulging in fan fiction, I did so because the writing was engaging.

Perhaps the better criterion to determine fan fiction’s value is whether its relationship to its community of writers and readers is beneficial. Critics forget how beneficial producing fan fiction is to an aspiring writer’s overall writing style. Since I had a basic narrative template to work with, I could easily focus my efforts in experimenting with various techniques, such as combining prose and poetry together to emphasize a romantic pairing or experimenting with character and narrative development, such as rewriting the story from another character’s point of view. Fan fiction readers left constructive criticism to further help myself and other writers, and, my god, is it helpful.

Though my intended goal was not to practice my grammar, fan fiction writing and reading allowed me the ability to recognize grammatical and syntactical errors in my own and others’ work. After hours of staring at a computer screen, I found myself noticing where missing commas were needed or understanding where sentences sounded awkward. It would take formal lessons to solidify my knowledge, but fan fiction was the unintentional grammar exercise that kept me on my toes. I could practice this awareness with my own college writing; however, fan fiction allows me to practice in a low-stakes environment. Plus, being graded on my romantic fan fiction would be terrifying.

Despite its terrible characters and narrative, E.L. James, the author of “Fifty Shades of Grey,” does skillfully write provocative sex scenes due to fans reading her “Twilight” fan fiction saga called “The Master of the Universe,” her bestseller’s actual basis. (Also, to continue beating the dead horse, sparkling skin that shines in the sun is why vampires stay out the sun?)

Even more important than James’ odd writing skill is the attention she received from hundreds of online readers, who adored her work and offered her inspiration. Reading the comment sections of fan fiction sites, I often notice the support that encouraged writers to continue, even if they aren’t the next Faulkner or Hemingway. Support in any personal endeavor is vital for people to continue, especially when they do not meet their own expectations. When I declared my English major, I was not a competent writer and thinker. I often doubted my decision. However, after posting a formal rant about the Harry Potter epilogue (because, come on — Albus Severus Potter?), I received support to continue analyzing the wizarding series, which encouraged me to continue my major. Though it’s odd that analyzing Sirius Black’s relationship with Harry aided my understanding of Boo Radley’s relationship with the Finch children, the environment encouraged my learning. That’s all that matters.

Fan fiction writing allows practice in all sorts of writing skills with readers encouraging them, because it is created from the pure enjoyment of an original work. While writing practice can be accomplished in academic assignments, fan fiction offers an alternative, stress-free environment where dialogues are constantly set up to engage with the fan fiction and help can easily be given to the writer — a task often hard to do in a large classroom setting. It might feel embarrassing at first, but fan fiction is worth anyone’s time. So, open up a browser and type in a favorite guilty pleasure with the word “fan fiction.” Like any corner of the Internet, it might seem ridiculous at first, but so is anyone when they are truly enjoying themselves. You can find me on Tumblr, engorsed in fan fictions explaining more uses of dragon blood beyond Dumbledore’s proposed 12. 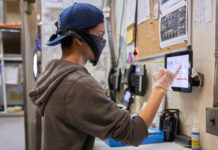 Navigating the pandemic as an essential worker, one to-go order at a time 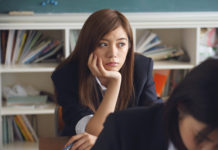