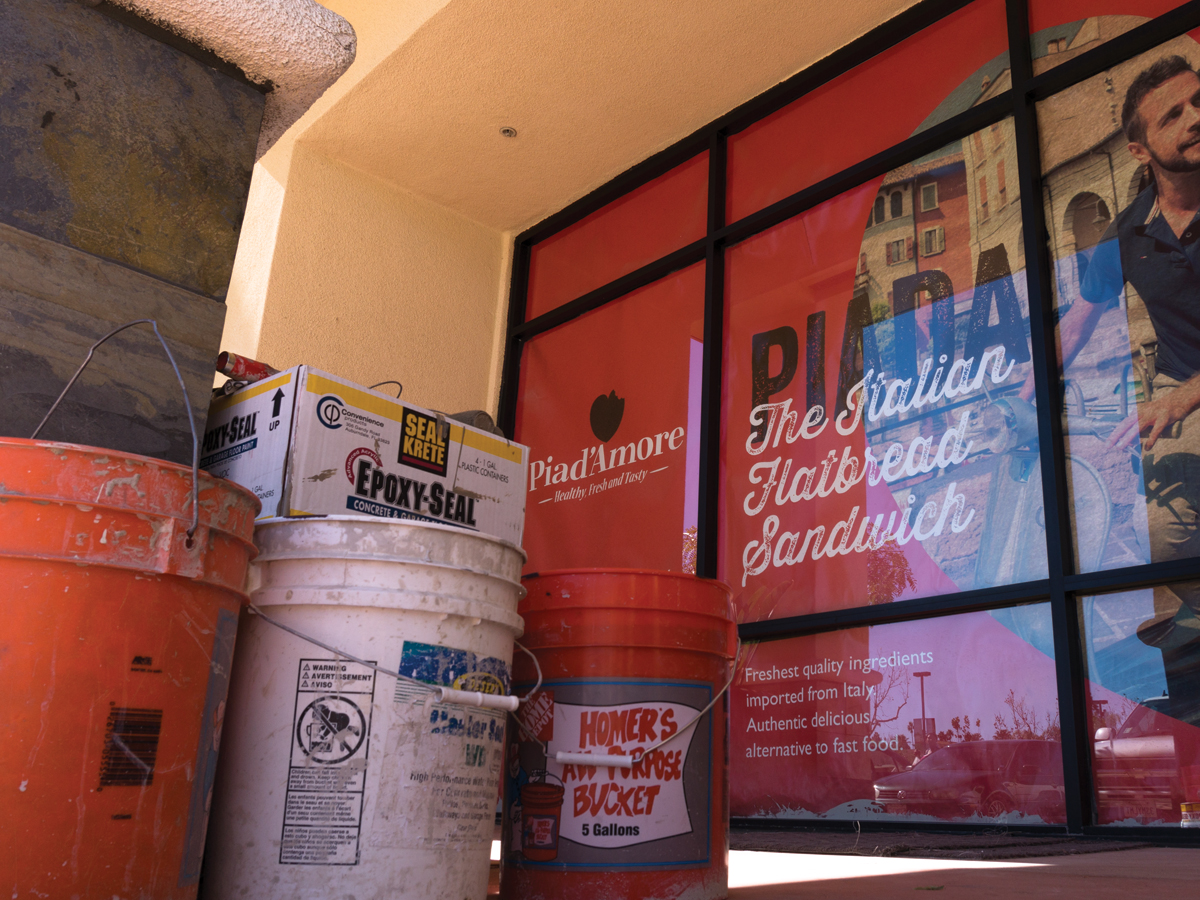 The University Village (UV), a dining and shopping center near UC Riverside, will be adding a wider array of stores and restaurants over the next few months, according to Valerie Soule, marketing director for NewMark Merrill, the company that manages the UV.

The UV began its transformation about a year ago and has since opened new businesses such as Zizi Korean Barbecue House, Uncle Chuang’s Bakery, the Spot Sports Bar and Grill, University Pride Bookstore and more. In addition, Piad’Amore, the UV’s first and only Italian restaurant, is expected to open on Valentine’s Day, and NewMark Merrill is expecting a Sprint PCS within the next six months and a Mexican restaurant in the next year.

Behind this rapid expansion, according to Soule, is a desire to offer new dining options — such as different kinds of Asian cuisine — and provide additional services to students. “If (all of the businesses) are the same, none of them are going to do well,” she said. “So we want to make sure that there’s a little bit of something for everyone.”

There have been several different kinds of Asian restaurants that have opened in the past year, including Calibasil, a Vietnamese eatery that opened about a year ago, and Yummy Asian, a Japanese restaurant that opened last week. “The area attracts different variations … in Asian (food), so not all Chinese. (We have) Japanese and Korean, so that kind of mixes it up,” said Soule.

Many of the recent businesses agree they are bringing something new to the area. “We’re kind of completely different,” said Mena Salama, owner of the Spot, about the Getaway Cafe, the other nearby sports bar. “Our food is a little different; our environment’s a little different. I think it’s preference more than anything,” he said.

Frank Shi, one of the owners of Zizi Barbecue House, a Korean restaurant that opened last week, shares similar sentiments about his business. “We look around here and we know there are a lot of Asian restaurants, but no one has barbecue … all kinds of people like that kind of thing.”

The completion of the building that includes Lollicup and 7-Eleven toward the end of 2013 has helped prompt the growth, as several of the new restaurants occupy that space, including Calibasil, Piad’Amore and Uncle Chuang’s Bakery. Fatburger leaving the UV in November has also provided opportunities for new business, since its absence leaves an opening for another restaurant.

Despite the new options, fourth-year Chelsea Blakeley isn’t happy with all of the changes that the UV is making. “I think the stores at the UV only reach out to an Asian demographic,” she said. “The majority of the new businesses are geared toward Asian food … It would be cool if they added another coffee shop so that students can study.”

Although the UV is currently home to a handful of non-food businesses such as Eye-C-You Optometry, T-Mobile and Gamestop, the plaza is hoping to add more in the future, according to Assistant Property Manager Penelope Brown.

“It’s pretty much a huge food court,” she said. “Little services like dentists and things like that” will most likely be coming as well, said Soule, to make the UV more service-oriented and convenient for students.

In addition, the UV conducts annual surveys to determine what kinds of businesses students are most interested in. They are currently on the lookout for a men’s hat store, since that, among other things, has been a common request.

NewMark Merrill, however, is unsure of when these new services will be added. “It needs to be good for both the tenant and the property management, and for (the students), because price point is really important when you’re a student,” Soule said.

Contributions made by Aaron Grech