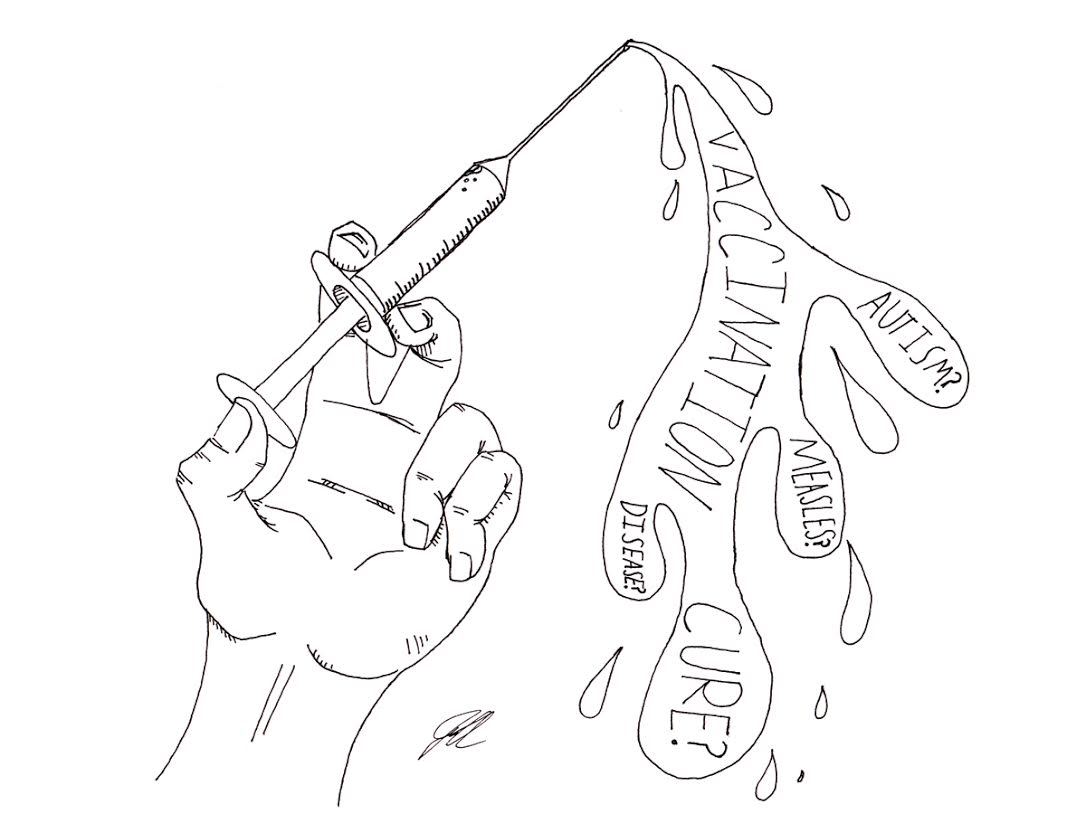 In a recent interview with NBC News, President Barack Obama declared his stance on the now decades-old controversy over the dangers of disease vaccination. “I just want people to know the facts and science and the information,” said Obama in reference to parents who refuse to immunize their children from deadly diseases. “The fact is that a major success of our civilization is our ability to prevent disease that in the past have devastated folks. And measles is preventable.” His last point is why this issue requires our attention.

During 2014, the United States had a record number of measles cases, with 644 cases from 27 states reported to Center for Disease Control’s National Center for Immunization and Respiratory Diseases (NCIRD). For scale, this is the greatest number of cases since measles was eradicated in the U.S. in 2000.

Now, 15 years later, because of bogus science and misleading rhetoric propagated by both our media and certain political figures, a completely preventable disease once again threatens public health. And it shouldn’t. The science is indisputable: Vaccinations do not cause autism and are not a public health threat. But the debate, and the subsequent public insecurity it provokes, is. So the question rises: What should we do? And better yet, what should our government do?

Although it might effectively resolve the issue, it is not within the federal or any state government’s authority to immunize all children without the consent of their parents with no exceptions. Some parents refuse to immunize their children because they are misled by incorrect science, but many opt out of vaccination due to religious reasons. We as Americans do have that right.

Nonetheless, it is the responsibility of our government to preserve public safety. We can not and we should not forcibly immunize children, but we can conform state law to require immunization against contagious diseases as an unconditional requirement for enrollment into public school systems. Seeing as how the federal government is crippled by political obstinance, the more effective route might be through state legislatures, where gridlock is bad, but not as bad.

Either way, our governments must act quickly. Children, who have the least control over whether or not they are immunized, are also the most at risk for contracting disease, and because of this, making schools safe for students should be a top priority.

However, as exemplified by the measles outbreak that occurred at Disneyland in December, which, according to Reuters infected 58 people with the virus, the danger to public health posed by unmitigated disease outbreaks extends far beyond our classrooms. It isn’t quite enough for our school districts to mandate immunization when there are limitless other public spaces where transmittable diseases can explode into an epidemic.

This is a public health issue, but it is also a public knowledge issue. Although our media’s culpability in this problem is undeniable, they reside in the private sector. However self-serving it may be, we can’t reform Fox News’ or CNN’s agenda.

Unfortunately, the public sphere is equally as liable, but perhaps even less controlled. When we have politicians like New Jersey Governor Chris Christie calling for “balance” between public health interests and parental choice, this intentionally distorts the issue by implying that the debate is equally legitimate on both sides, and undermines the very purpose of government: to uphold public safety.

Frankly, the only way we’re going to eradicate measles again is if our elected officials stop co-opting issues of public health for political gain and speak the truth. This is why President Obama has the right idea. He leaves no room for misinterpretation when he says, “There is every reason to get vaccinated — there aren’t reasons to not.” For this, I say, “Thanks, Obama.”