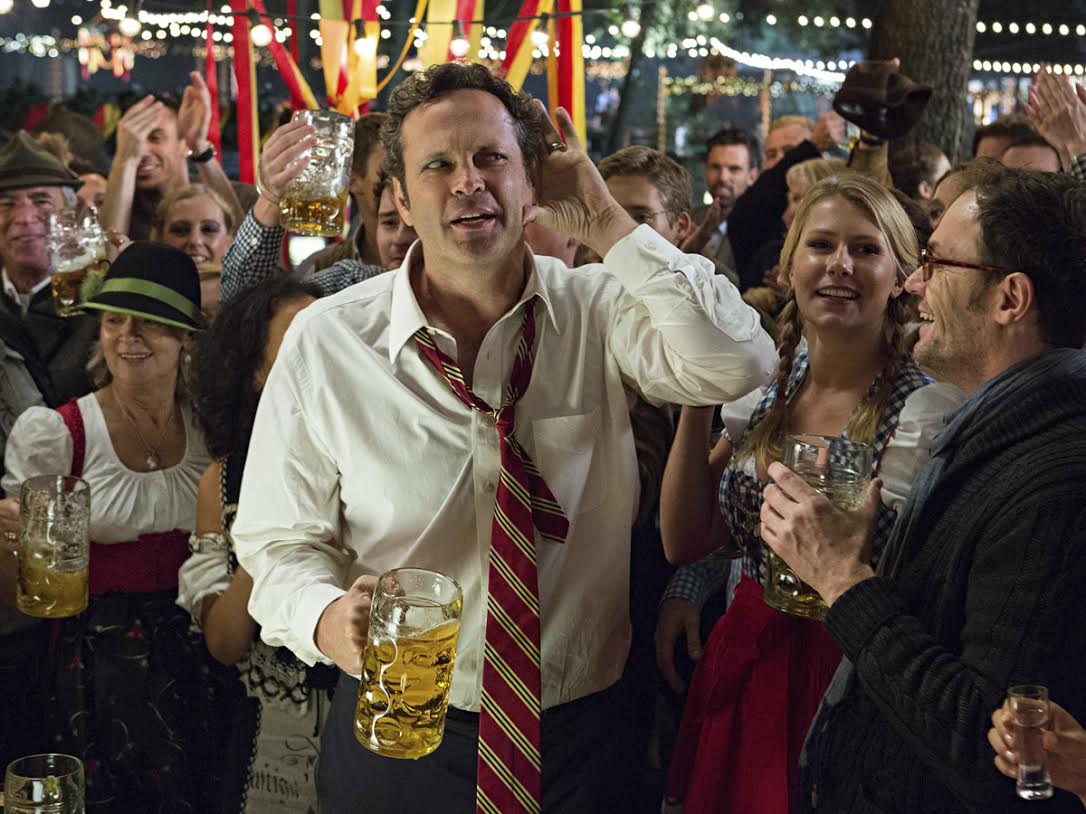 What is Vince Vaughn still doing in movies? I mean, all that stuff he did in the early 2000s as part of the “frat pack” was over 10 years ago (“Starsky and Hutch,” “Dodgeball”). You would think the novelty of his wooden acting and monotone droll would have worn off by now. Regardless, Vaughn certainly can’t hold down a plot entirely by himself. The last time he did was in the movie “Fred Claus” — remember how much fun that was? Vaughn is best when paired with a co-star or as the male supporting actor, oftentimes serving as the eccentric, comedic character to the male lead’s straight man. However, the filmmakers for “Unfinished Business” either didn’t get the memo or ran out of money in pre-production, so the audience was stuck with an unlikable, unrelatable and unfunny lead in a comedy, which tends to be a drawback when your aim is to make the audience laugh.

The film concerns main character Dan Trunkman (Vince Vaughn), who decides he’s had enough of being underfoot in the corporate ladder and decides to start his own company, joined by Timothy McWinters (Tom Wilkinson) and Mike Pancake (David Franco), who I assume got his role based purely on his merits as an actor and not for any familial reasons. The film concerns the trio having to go to Germany to secure a big sale and must compete with Dan’s old company, riotous protesters and family troubles back home that all prevent the movie from clocking in at under 90 minutes in length. Film is expensive, and if the movie was any longer the screenwriters may have actually had to spend some time, you know, screenwriting.

Now, I’m not a perpetual cynic, and I certainly can enjoy a “dumb” comedy. I like your Ron

Burgundys, your “Talladega Nights” and I was even able to tolerate “Wedding Crashers,” a film Vaughn was in. I remember, after seeing the trailer for this film thinking “Hey, it might not be so bad, the trailer looks funny.” However, everything remotely funny is actually in the trailer, and everything else is just filler or Vaughn trying to act dour and serious in the scenes involving his family struggles. If “Unfinished Business” actually looks funny to you, just watch the trailer, act out all the scenes you imagine come between parts of the trailer with some sock puppets, and then do it 1,000 more times until you hate yourself and all the jokes have lost their potency. Every joke not featured in the movie trailer is unfunny, and all the jokes featured in the trailer are so drawn out and overused that they cease to become a way of making the audience laugh and instead degrade into some cruel metaphor as to the state of original ideas and creativity in the world today.

The film also suffers from plot convenience, and most of the interconnected scenes are spliced together with little to no explanation to how the characters got there. The trio crash their car in a farm outside of Hamburg, but then magically warp to a train station in Berlin. A riot prevents Dan from reaching a meeting, but he manages to get past security, somehow, and everything works out. Dan’s daughter is acting out at school, his son hates himself and his wife is concerned that his absentee parenting is too hard on the family. A Skype call and one drive home from the airport later, and everything is fixed. The film doesn’t seem like it was actually made by people, but rather by some screenwriting robot that analyzed every half-assed comedy ever made and decided to make a new one by blending all the distasteful elements together.

Now, the film isn’t entirely without merit. It’s mercifully short, Nick Frost appears on screen a few times and I managed to laugh three whole times throughout the screening. In addition, there’s quite a bit of nudity, which is at least engaging enough to keep my eyes on the screen rather than on my phone or on a particularly exciting stain on the floor of the theater.

Writing this review hasn’t been easy, partly because the film isn’t bad enough to be offensively bad and partly because I’m convinced giving this more than five minutes of thought would mean I put forth more work than the filmmakers did. If anything, “Unfinished Business” simply offends me based on how much it represents the state of cinema today. Anything that isn’t an adaptation of a young adult novel or Oscar bait is rushed out quickly with as little work done as possible to avoid major losses at the studio when it inevitably bombs at the box office. If they really wanted to save money, why not just draw a frowny face on a peeled potato? You can get a pound of Vince Vaughns for 99 cents.