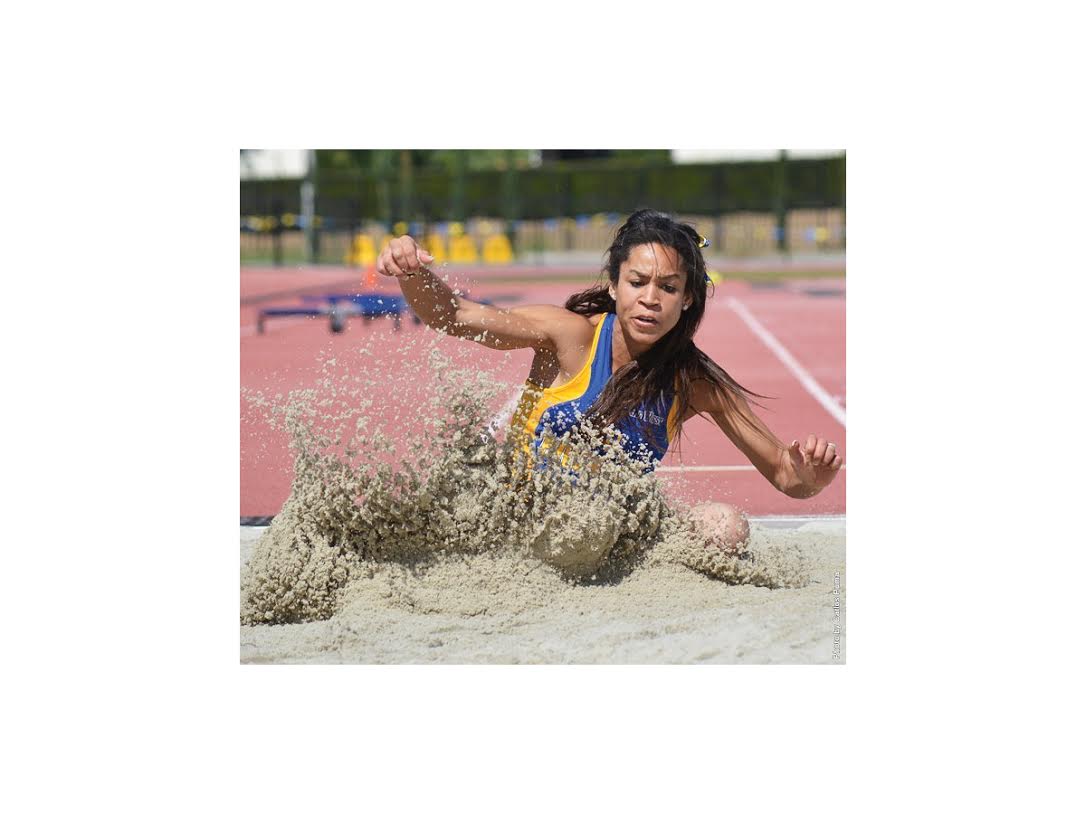 The UCR track and field teams competed in a trio of events this week: the Bryan Clay Invitational at Azusa Pacific, the Mt. SAC relays at Mount San Antonio College and the Beach Invitational at Cerritos College.
In the women’s hammer throw Thursday at the Bryan Clay, Vesta Bell took sixth place with a top mark of 53.68m (176′ 1″), while Rachel Tice came in 23rd at 44.09m (144′ 8″). Uchenna Oniah placed 11th in the men’s hammer throw with a top mark of 54.36m (178′ 4″), followed by Manuel Cisneros in 32nd (33.63m, 110′ 4″).
On Friday at the Mt. SAC relays, Camille Deadwiler placed sixth in her section of the 100 meter dash with a time of 11.91. In the women’s 400, Amber Wright placed fourth in her section, finishing in 54.90 seconds. In another section of the 400, Noelle Abboud finished fifth, running in at 55.86. In the women’s 4×100 relay, the team of Abboud, Deadwiler, Wright and Asha Giles finished eighth in their section at 46.03 seconds. In the women’s 4×400 relay, Jazmine Harper replaced Deadwiler, as the team finished fourth in their section as they clocked in at 3:41.60.
Justin Parker placed fourth in his section in the men’s 400 at 48.42. Zachary Lewis won his section of the men’s 400 hurdles with a time of 52.61. Chadwick Duncan, Michael Kojin, Charles Wheeler and Matthew Vasel represented UCR in the 4×100 relay and placed eighth in their section with a time of 41.70. In the men’s 4×400 relay, Parker, Zachary Lewis, Michael Pare and Michael Koger finished seventh in their section, finishing in 3:13.30. In the women’s long jump, Danielle Littleton finished in third place with a school record of 6.22m. The women’s shot put saw Breana Jemison taking fourth place with a distance of 14.99m.
UCR took place in a variety of events on Saturday. In the women’s 100, Regina Bowman placed 80th and Sirai Thompson placed 83rd. In the women’s 800, Keisha May finished in 79th place. In the women’s 400 hurdles, Jahnice Fraise came in 25th and Jasmine Thomas came in 55th. In the women’s 200, Giles finished seventh, Deadwiler finished 40th, Wright finished 48th and Bowman finished 83rd. In the women’s hammer throw, Deja Watkins placed seventh and Rachel Tice finished 24th. In the men’s 110 hurdles, Peter Manu finished in 36th and Gabriel Aceves in 38th. In the 400, Parker placed tenth, while Devin Penick and Matthew Sam placed 84th and 92nd respectively. Cisneros finished in 34th in the men’s hammer throw.
Three Highlanders were also named Big West Track/Field athletes of the week for Apr. 6-12. Koger, a junior, broke his own record in the 400 meter hurdle, earning him the honor of Male Track Athlete of the Week. On the female side, Raquel Hefflin had a number of good results, including a pair of top three finishes at the Sun Angel Classic. The Female Field Athlete of the Week was Breana Jemison for her performances in shot put and hammer throw.