Highlander
Home Radar Improv: The art of walking on air 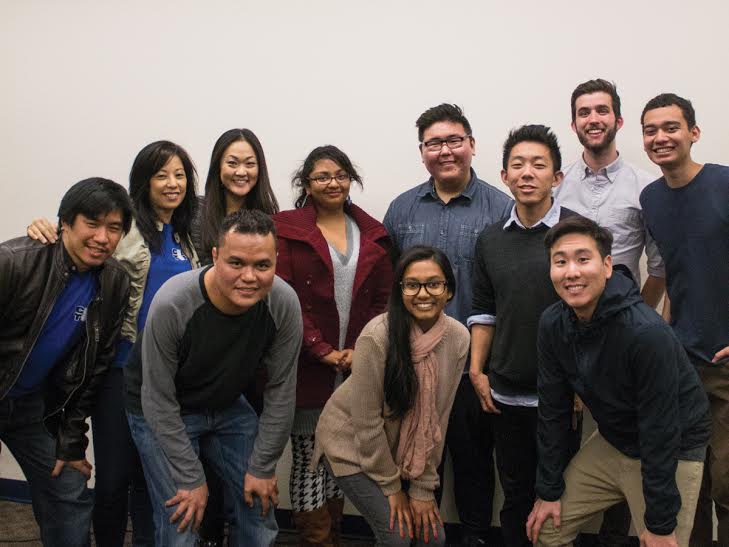 What is improv? It’s not an easy thing to define. Some see it as a lackluster form of comedy, an excuse to entertain on a stage. Others may think improvisation is an easily attainable skill that requires no serious practice, like writing computer code or building a bridge. The most cynical (and perhaps unfunny) onlookers throw improv comedians into the same lot of entertainers most people hold with disdain, like magicians, ventriloquists and prop comedians. You may ask yourself, “Why should I care about improv? It’s just a bunch of people making things up, right?”

While improv does have a grey definition, the answer to that is this: The people behind improv take their craft seriously.

And as a result, they’re actually pretty damn funny.

Shima dove into Present Company Included and its humble beginnings. “It was originally a theatre organization for Asian-Pacific Islanders to perform plays by Asian-Americans,” he explained. “But we learned that most of our demographic was Hispanic and half-Asian, so we initially taught them through improv games. And essentially, they liked doing the improv games more that regular theatre, and from there, that’s how we started doing improv.”

The group was happy to explain what exactly improv is when I presented the general public’s perception of improv as meaningless banter. “In a way, improv is the rawest form of theatre and performance,” Kim said. “There’s definitely a lot of thought and practice that goes into what we do,” Nakaoka added.

Their hard work definitely showed when the group took the stage. They began their performance with something simple: a random subject from the audience. A few seconds passed before somebody shouted, “Banana!” From then on, the entire 30-minute show revolved entirely around bananas, or things that are connoted with bananas.

Their first scene involved two members standing before the audience, going on about their love of banana peels, and from there to peels of all kinds. “It’s gotten so bad that I go to pools for the skin that peels off people, and I’ll just gobble it up,” one of them said. Immediately afterward, two other members rushed forward with the next montage, portraying gorillas who felt as though the media misrepresented monkeys. “Hashtag Tarzan 2015,” one of them quickly said before a tap on the shoulder brought the next pair to take center stage.

This is the formula for their show. It may seem basic, but underlying that thin layer of stage presence is an ever-working mesh of cogs rotating in every performer’s mind. While two or three took to the front to play out something, the rest are behind them, their heads level and eyes wandering, constantly inventing and reinventing different scenarios that may elicit a laugh from the audience.

One of my favorite skits of the evening involved a doctor prescribing a banana-filled cream for medical purposes. One patient complained about their weight, and sought a miracle cure. “Just apply my Peel gel,” the doctor explained, “and your skin will literally fall off! You’ll be losing pounds in no time!” Another patient with skin problems approached her and asked, “As a person with low self-esteem, how much peeling should I do?” The doctor replied, “You should use the full subscription and do it all the time. You’re gonna feel great after all your skin falls off, because it’s what’s on the inside that matters.”

The joke peeled away to our funny bone (I’m sorry), and that single skit really highlights the brilliance of improvisational comedy. Most revered and mainstream comedy is simply a single person with a script they’ve written, rewritten and rehearsed all on their own. Improv can be just as funny, and even just as innovative as normal standup, but with random tradeoffs between performers, attentive listening to the audience and strong group chemistry. Traditional standup is like a freshly picked banana: It can’t be eaten right away. Improv, meanwhile, is akin to a tomato — it is most delicious when eaten fresh.

Unlike Present Company Included, Cold Tofu utilized the concept of audience participation to a much greater extent. Their first skit involved a cast member as a fortune teller predicting another member’s dream job, celebrity spouse and unconventional death. The fortune teller left the room before the audience gave their choices for the three slots (a dolphin trainer, Arnold Schwarzenegger and being steamrolled to death), so two other cast members off to the side did their best to physically enact each thing while the fortune teller did his best to predict the future by guessing what their motions signified.

Parts of the show even got super meta, like when two performers enacted a scene in a laundromat where a guy tries to impress a girl by telling her he’s a member of an improv club, and that she should come with him. “You mean, like, with no script?” the girl asked excitedly. “No script,” he replied. “We make everything up on the fly, as they say. And there are certain rules that one must follow, like always say yes and no denying what is given to you.” Realizing the ruse, the girl nonchalantly said, “Oh. Yeah, maybe.”

Some of my favorite skits heavily involved Ho playing the keyboard, which he did often. But its brilliance came from when he’d play different musical styles and genres, forcing the members to suddenly sing their improvised lines that matched however Ho happened to play. One scene involved a couple shopping for a new car that shot in several different directions, from the wife singing a slow, ‘40s jazzy tune to express her interest in a Lamborghini to the car salesman belching along a cheesy ‘80s science fiction keyboard riff to pitch the car.

Cold Tofu was able to dive a little into their backgrounds after the show. They expressed intense interest in staying committed to the group’s original intention of striving for diverse multiethnic talent through comedy, while also maintaining accessibility for mainstream audiences. “Cold Tofu was founded in the ‘80s,” artistic director Jully Lee explained. “So it’s obvious that they had a much harder time reaching out to audiences back then because most standups were just caucasian males.” The general population’s increasing diversity in the last 40 years has certainly strengthened Cold Tofu’s popularity. “It’s good that we’re still reaching out to our group’s original core audience, while also using our own diversity to present the idea that anybody can do improv comedy,” Lee said.

I left the event that night with a greater understanding of what improv comedy is, what it can do and what it means for so many talented people. And that’s the best type of comedy — one that generates both insight and laughter.