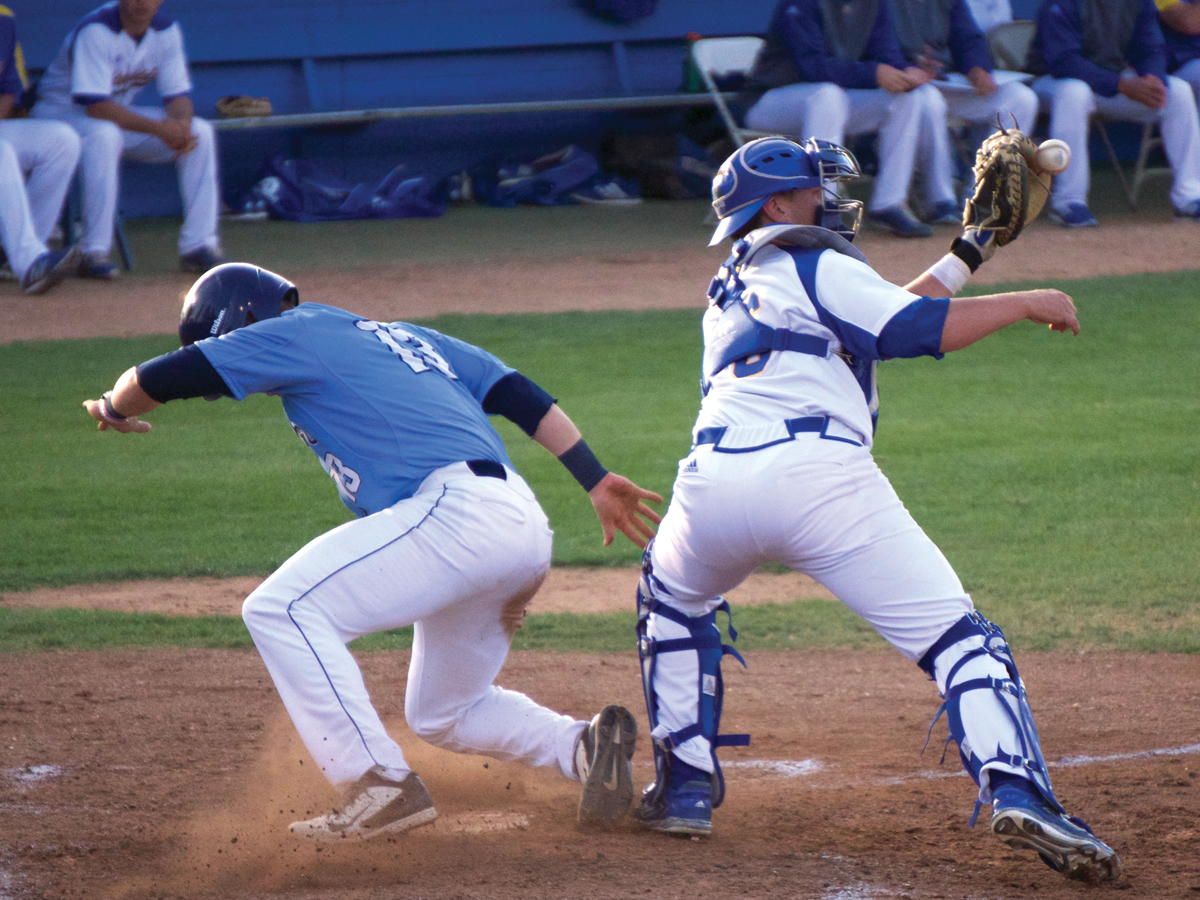 The UC Riverside baseball team accomplished on Friday what no other team in the Big West has been able to do all season, reaching an unbelievable 10 in a row — 10 losses, that is. Yes, the Highlanders suffered yet another loss Friday afternoon, this time falling 6-2 at the hands of the Cal Poly San Luis Obispo Mustangs.

The first inning began relatively promising for UCR as starting pitcher Antonio Gonzalez allowed just one hit and zero runs in the bottom of the frame. Unfortunately, the Highlanders were also left scoreless in the top of the inning and carried their struggles into the second, only managing two hits throughout both frames. This gave the Mustangs the opportunity to open up the game in the bottom of the second and they did so, scoring three runs thanks to a two-run home run from third baseman Tommy Pluschkell and a RBI-single from John Schuknecht.

The Highlanders were unable to respond until finally scoring a run in the fourth: a sac fly from Joe Chavez that brought Vince Fernandez home after he led the inning off with a triple. The score was now 3-1 Mustangs.

Cal Poly built on their lead in the fifth after a wild pitch from Gonzalez sent shortstop Peter Van Gasen home. Gonzalez was later pulled for starter Keaton Leach after giving up two errors in the inning.

The pitching change had little effect on the lead, though, as the Mustangs continued to pile on, scoring another run in the eighth that put their lead at 6-1. It wasn’t until the top of the ninth where the Highlanders actually got some momentum going: A small rally that included a Joe Chavez double, Robby Witt single and a Ryan Lillie sacrifice fly — all resulting in one final run for UCR, 6-2.

The team managed only five hits in what was a dominant performance from Cal Poly pitcher Casey Bloomquist who posted a line of 10 strikeouts, zero walks and 10 hits. Antonio Gonzalez took the loss for UCR and is now 0-2 on the season.

While Saturday’s game resulted in another loss for the UC Riverside baseball team, it actually proved itself to be quite the thriller — a feat rarely accomplished during their current 11-game losing streak.

When heading into the ninth trailing 7-4, the Highlanders were able to conjure up another late-inning rally; this time sparked by third baseman Adonis Morrison. Morrison reached first after Cal Poly first baseman Ryan Drobny couldn’t handle a throw. Jordan Abernathy then followed with an infield single, and Dante Chupek would ground out to put the runners on the corners.

The Highlanders continued to put pressure on the Mustangs when an Edgar Morales single brought Morrison home and pinch-hitter Robby Witt singled to load the bases. Next at bat was Mark Contreras, whose sac fly to center scored Chupek, in turn cutting the Mustangs’ lead to one with two outs. The rally, however, ended anticlimactically as centerfielder Austin Colvin grounded to first on the first pitch he saw.

UCR starter Joie Dunyon (1-4) suffered the loss in this one. UC Riverside now sits at 13-39 (.250) overall and 2-19 (.095) in conference play. The team remains at the bottom of the Big West in what has been a season marred by inadequate pitching and a couple of key injuries under first-year head coach and former major-leaguer Troy Percival.

On Sunday, the Highlanders dropped their final game of the series against Cal Poly, losing 11-1. Starter Kevin Sprague took the loss for UCR and designated hitter Joe Chavez managed the lone run for the blue and gold.

The team closes out their season back at the Plex against UC Santa Barbara on Thursday, May 21 which will also be aired live on ESPN 3.