Here I am, at the end of my career as the Highlander’s opinions editor, and rapidly approaching the finish line for my college career — all the while my man-boobs are flopping and my gut is swaying.

My heaving and gasping inability to run long distances aside, I can’t help but look back and realize that I must be either crazy, self-loathing or both.

My own time in college has been split between lying in bed, contemplating the futility of my own existence, attempting to surround myself with friends so that I won’t have a chance to think about how shitty my life is. I follow this by hating myself for hating myself when my life is likely so much more privileged than the vast majority of the world’s population. In other words, I have a fantabulous life!

Moving through college, I couldn’t help but wonder why I was bothering to go through with my degree, because why would anybody want to hire me? At times, I would be so filled with self-hatred that I would spend days at a time in bed, just wishing that I could disappear, and hoping that somebody could tell me what my life was worth, or at least tell me that they cared about me.

It isn’t that nobody would say these things to me, but how often do friends really tell each other that they care without some sort of prompting? So, I would inevitably lie in bed, staring at my wall and waiting for a buddy who could telepathically understand that I was in distress and needed some help. With nobody asking if I was all right, and nobody even checking in on me, I assumed that nobody gave a shit and became bitter.

It’s amazing how much of an annoying dick I was in retrospect. I suppose that’s why they have that saying about hindsight being 20-20.

Finally, I couldn’t take it anymore and decided to get some help.

This help came in the form of my roommates, who will forever be some of my closest friends in the world, regardless of whether we keep in touch or not. All it took was a few conversations for me to understand that, while they may not have been able to read my mind the way that I had hoped, they were willing to listen to my awful stories and pitiable woes for as long as I needed.

Even to this day, I get texts, calls and visits from them as they check in on me, wishing me well and loving me more than I deserve after all of the whining I subjected them to. And because I need to make them feel uncomfortable again: Thank you Nia, and thank you Debs. You guys are really dumb for subjecting yourselves to me, but I appreciate it.

Now, I have things fairly well in hand (give or take a massive panic attack or two around finals) and have even opened myself up to people that I had previously been freaked out by for one reason or another (without naming names). I’m still crazy, but in a way that doesn’t drive people away from me, or me away from people — a nice deviation from what I’ve dealt with for so long.

It’s my hope that anybody who is in a similar situation will understand that your friends may see your distress, but won’t always ask you about it unless you tell them that you want them to help. Also, don’t close yourself off to the healing power of modern medicine, as you might need more help than your friends can provide (unless they are licensed healthcare professionals, in which case, you should also mooch off of them because they make bank). Everybody has heard the platitude about not being alone, but in a world of seven billion people, you’d be surprised at how true it is. 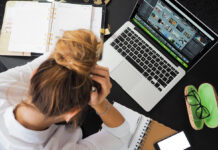