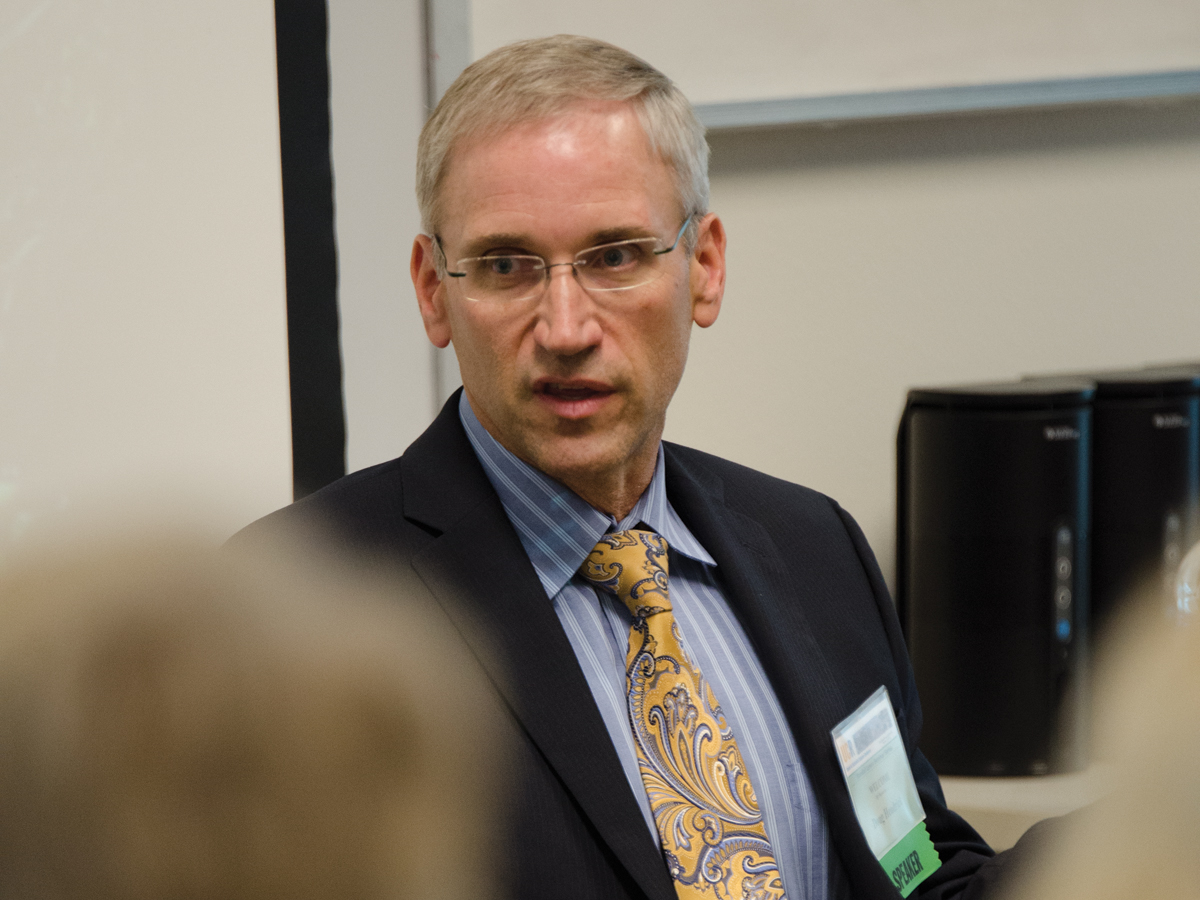 Water experts Celeste Cantu, Joe Grindstaff, John Rossi and Doug Headrick convened on Wednesday May 27 to discuss the state of California’s water supply and measures being implemented in response to the California drought in a seminar entitled “Water: Impact of the Drought and New Regulations on Inland Southern California.”

The seminar was one of many in the Lewis Randall Seminar Series hosted by the Center of Sustainable Suburban Development (CSSD) and held at UCR’s off-campus CE-CERT building. Ron Loveridge, CSSD director and associate political science professor, was put in charge of leading and moderating the discussions.

Earlier this month, the State Water Resources Control Board announced the mandatory reduction of urban potable water use by 25 percent. This action was taken in accordance with Governor Jerry Brown’s executive order to decrease water usage around the state after it’d been declared to be in its fourth consecutive year of drought.

According to Cantu, every city in California that has a water district is given a percentage of required reduction ranging from eight percent to 36 percent. In regards to the Inland Empire, Cantu stated, “most of us fall between a twenty-eight to…thirty-six percent reduction.” The amount of water reduction required depends on the inhabited area and how much water is currently using being used.

In the future, the water panelists believe that we will witness a substantial change in landscaping around Southern California. “Between fifty and eighty percent of all the treated drinking water that we deliver to homes is used on grass,” continued Cantu. “Most of California grew up with these expansive green lawns. But the tradeoff we’re looking at today is do we want green lawns or green beans?”

Another change that may influence conservation efforts is switching some water uses from agricultural to urban. “The assumption is when you develop, you’re going to use more water, when in fact you use less water depending on how the development is done and what the rules are in that given area and what’s going on on that land already,” explained Grindstaff. Several newer houses are built with technology that helps to conserve water, such as micro-sprayer or drip irrigation systems when watering their lawns.

While this lecture was held in order to inform residents, businesses and communities about the drought and new imposed regulations, it did not meet the expectations of some UCR students. Both Mark Watson, a second-year comparative literature student and Alejandra Herrera, a third-year public policy major felt that this discussion was not geared in ways that college students or even residents could contribute to conserving water and helping to cut costs.

“It was kind of a step away from what I anticipated. I thought it was going to be more of a how-to guide for…the everyday man who is paying his water bill,” commented Watson.

“Going more with that, I feel like if they were more stating about what they were going to do about it…I thought they were gonna be like well to every civilian that has a water bill to pay, you can do this or we can change this. I feel as if they were just like no…they gave us a percentage and we need to get down to that percentage,” added Alejandra.

Watson concluded his critique by saying, “they were talking about the primary way to do that would be to get rid of your lawn because it’s seventy percent of your water consumption.”