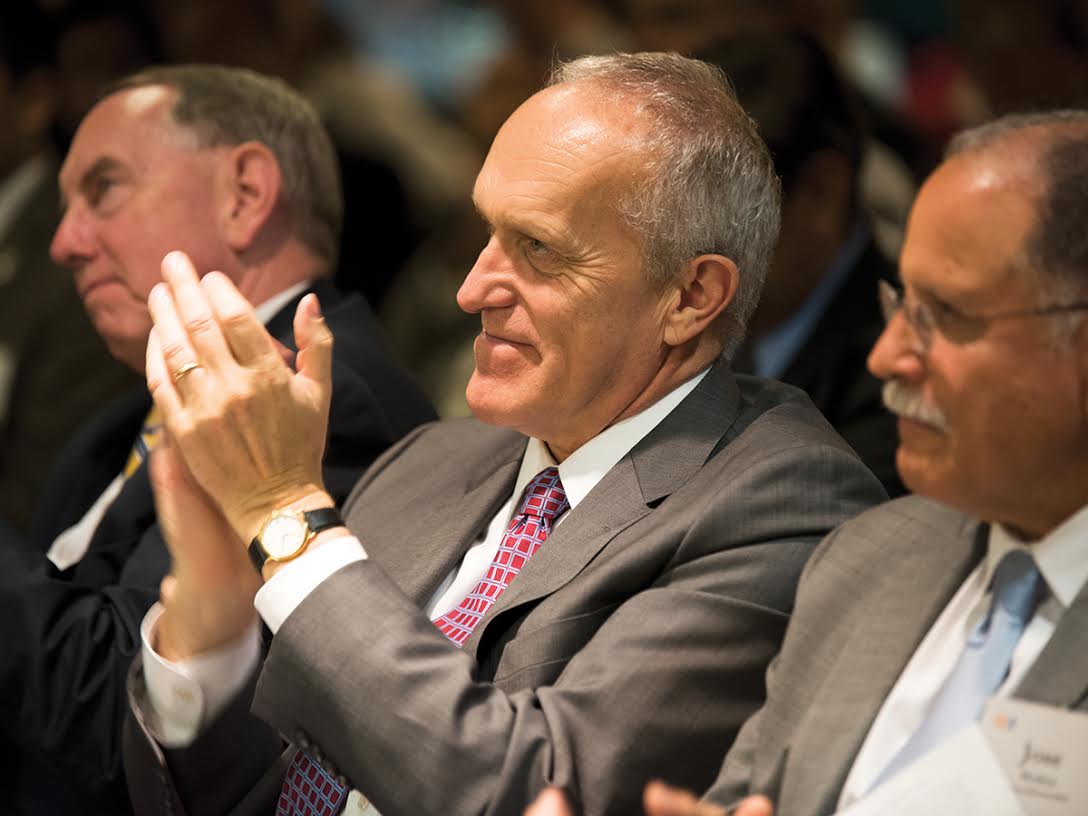 The UC Board of Regents along with Chancellor Kim Wilcox, Vice Chancellor of Planning and Budget Maria Anguiano and Campus Architect Rob Gayle convened on September 15, 2015 at the UC Irvine campus to discuss capital strategy regarding the implementation of the campus master plan entitled “UCR 2020: Path to Preeminence.”

The strategic action plan “UCR 2020” was first presented to the Board of Regents in December 2010 by former Chancellor Timothy White. It aims to raise UC Riverside’s national and international portfolio through diversifying faculty, actively engaging in academic excellence and promoting student access, among other things. The plan was built on an earlier goal to attain a student body of 25,000 by 2020 and has been revised to accomodate 30,000 students by 2025.

“To achieve our aspirations we need a foundation of strategic investment in people, programs and world class facilities,” Chancellor Wilcox said in his opening address to the Regents, echoing the sentiments of UCR 2020. Wilcox proposed several infrastructure projects, including two multidisciplinary research buildings, a new engineering building, a new student health center, more hospitality and dining areas and a new sports arena. These projects seek to improve the quality of learning and research and to address space deficiencies associated with enrollment.

Faculty growth is described as a key element to the overall effectiveness of the expansion plan. According to UCR Institutional Research statistics, UCR has one of the highest student-to-faculty ratios of the UC system at 29 to 1 which steps above the UC average of 23 to 1. Chancellor Wilcox attributes such a high ratio to the fact that student enrollment has grown to around 21,000 over the years whereas faculty growth has stagnated at approximately 650 faculty members. To remedy this, Wilcox hopes to hire 300 additional faculty members by the end of the project.

Wilcox emphasized the need for capital growth in order to alleviate the disparity in faculty numbers and to maximize space efficiency. While additional faculty would somewhat remedy the problem, it wouldn’t completely mitigate it. Wilcox talked about UCR’s space-to-faculty ratio being the lowest in the system with 729 assignable square feet per faculty member with the addition of new faculty while the system average is 1140 ASF per faculty member. “We’re very very good; we’re just too small,” said Wilcox, evoking UCR’s ranking as Time’s #1 Best Value college for 2014 and #2 on Washington Monthly’s Best University list.

Improving on the utilization of existing space would accommodate a third of the space necessary to meet the needs of student and faculty growth. Renovations of existing buildings would account for 10 percent, off-site leases which involve moving administration to buildings not located on campus would take care of 13 percent and the infrastructure projects, which include two multidisciplinary buildings and an engineering building, would take care of the remaining space at 17 percent for the first two buildings and 10 percent for the latter. Wilcox’s goal is to arrive somewhere near or at the average of ASF to faculty ratio once the project is complete.

UC Regent Monica Lozano addressed Chancellor Wilcox  about long term sustainability for the project saying, “As I look at this I think it’s a great way for us to envision this campus with you going forward …what I don’t see here is a long term capital plan and I’m wondering if you in fact have looked out five or ten years and really assessed the multilayers at which you need to approach this,” Anguiano responded that the long term capital plan is in the middle of revision and will be due out by December of this year.

Later on in the meeting, approval of preliminary funding totaling $6.89 million was passed. The first phase for a research building that will include site survey, detailed cost and environmental analysis, rendering and construction of the proposed research buildings. The building will be situated on the north side of campus between MSE and the Student Recreation Center and will start construction fall 2015 and be completed in 2018.