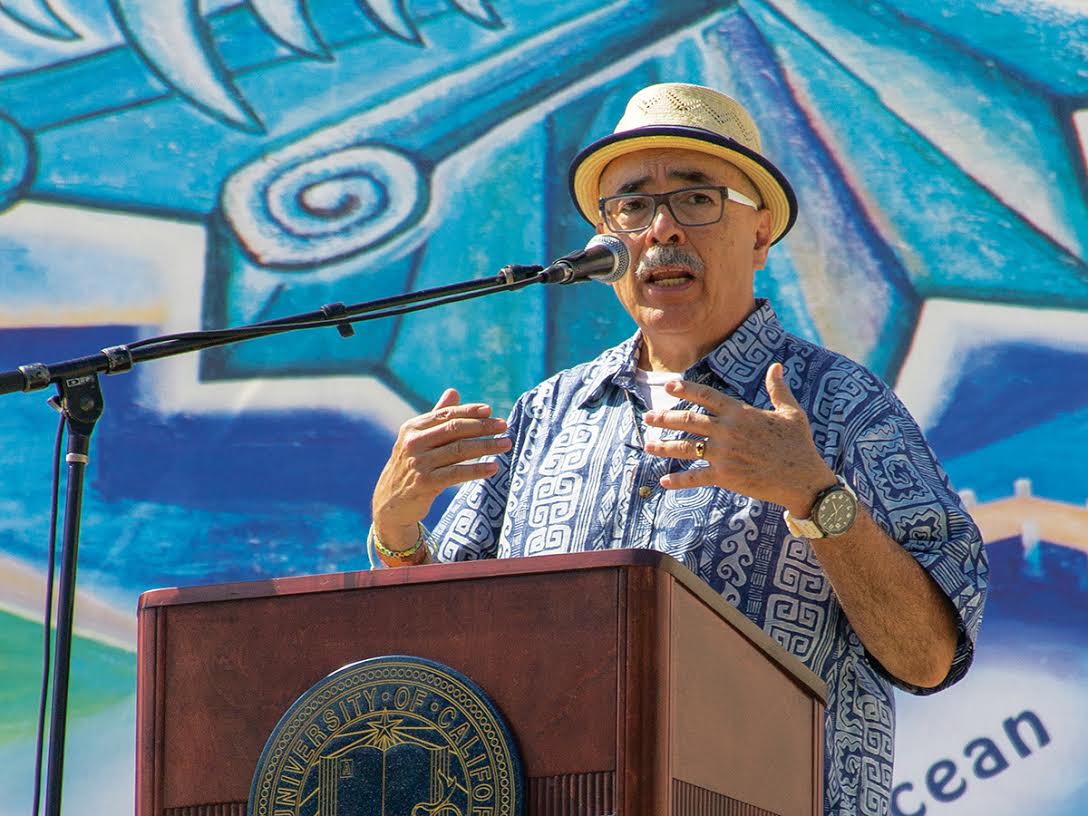 On Sept. 17, the U.S. Poet Laureate and former UCR creative writing professor Juan Felipe Herrera opened the “La Familia,” (The Family) poem as part of the  “La Casa De Colores” (the House of Colors) project. This poem will allow anyone in the country who is over 13 years old to contribute verses of poetry to the Library of Congress website, in order to directly contribute to Herrera’s work.

Herrera, who retired from the campus in March, is travelling across the nation to deliver poetry readings, teach workshops and give keynote speeches as part of duties during his eight-month tenure as national poet laureate.

According to the Library of Congress website, Herrera asks potential contributors to “write up to 200 characters about family as you see it, as you experience it. This can be family in any form: your immediate family, the family of your dreams, the family of your friends, or a family that only lasts seconds. Use “family words”—words that are as close to you as family—and bring a new word or two, that you don’t yet know, into this month’s family of words.”

In order to submit a verse, a user must provide their full name, their email and the location of their city and state. Any verses which are considered defamatory, contain copyrighted material or are considered obscene will not be chosen, according to the website.

“I wanted to do a project that could embrace everyone’s voices and everyone’s writing,” Herrera told the Press Enterprise. “It’s the first time we have so many people invited to post their own words online, in this way.”

Two days before the website accepted contributions, the poet delivered the first official public reading at the Library of Congress. During the reading, Herrera referenced numerous current events such as the 43 students who went missing in Ayotzinapa, Mexico, the Black Lives Matter movement, in addition to the broader themes of exile and migration. Many of these themes are also present in the artist’s new work: “Notes on the Assemblage.”

Jesse Altamirano, a fourth-year English major, showed interest in the project. “I write a lot of poetry on my own, and I think this will be an interesting way to present some of my thoughts,” Altamirano stated. “It’s a really great idea and the open nature of the poem will give everyone a chance to briefly share their experiences.”