It’s a strange feeling to be a walking oxymoron. No one really expects you to be gay when you’re a Christian nor are you really expected to be Christian when you’re gay. Like some ideological Capulet and Montague feud, I’ve always grown up as some dystopic mixture of Romeo and Juliet; futilely attempting to keep my blasphemous union a secret.

I first started going to church in middle school, roughly the same time I started figuring out that I may not be as straight as I thought I was. Unfortunately, the church I went to was incredibly conservative with both the Chinese and English speaking congregations. In the few years I went there, it was constantly drilled into my head that being remotely homosexual was something that was inherently wrong and should be either stamped out, or suppressed.

Freshman year of high school, I participated in my first “Day of Silence” and was made fun of and mercilessly bullied. The following Sunday I went to talk with my youth pastor about my experiences that week and asked her for advice. She was someone I greatly looked up to; she was beautiful, popular amongst the other youths my age and always seemed to give the best advice to whatever seemed to be on our minds. However, her actions affected me more than her words. In the following weeks, she gradually stopped talking to me, most of the friends that I had made began to avoid me and I gradually grew distant from the church. I eventually went to church on Sundays only to ditch Sunday school and services with my other church friends to hang out for a few hours. Soon after, I stopped going altogether.

I eventually made my way back to the Christian circle after I graduated from high school and got involved with a fellowship here at UCR. Even though years have passed since my time at my old church, I’ve always felt a distance with my new fellowship friends even though I know most of them are more accepting than the people that went to my previous church. I eventually came out later in my college years and for the most part, it wasn’t as traumatic as I had thought it would be. It wasn’t until I started experiencing microaggressions from my friends that I started remembering why I left in the first place. I can’t even begin to count how many times I’ve been told “I don’t hate you, I just hate your sin,” as if this gigantically inherent part of who I am as a human being is dirty and wrong. I really don’t think that many of my Christian friends fully comprehend what being gay truly is. And even when I try to discuss and explain what it is to them, their own ways of thinking about homosexuality are so skewed by their churches that I can’t even get them to understand that saying being gay is a sin is like telling me that my ethnicity or my gender is a sin (please don’t get me started on when the Supreme Court made gay marriage legal).

So where do I stand now? I still keep a small group of Christian friends close by me because they sincerely attempt to understand my struggles. However, I’ve decided to stay away from organized religion. I’ve grown tired of hearing someone tell me on the regular what God is or isn’t, what he loves, and doesn’t love and what is and isn’t acceptable when being a Christian. Don’t get me wrong, I still go out to a fellowship meeting every now and then to connect with other Christians. But for now, I’m taking things back to when I was a kid, just God and I. 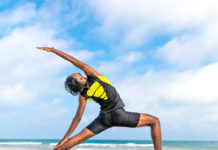 Under the Kilt: Saying no to empty calories — how I embraced a healthier lifestyle 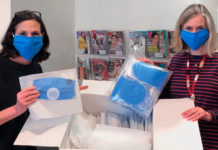 Under the Kilt: One step toward gratitude 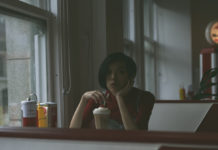 Under the Kilt: reflections of a recluse