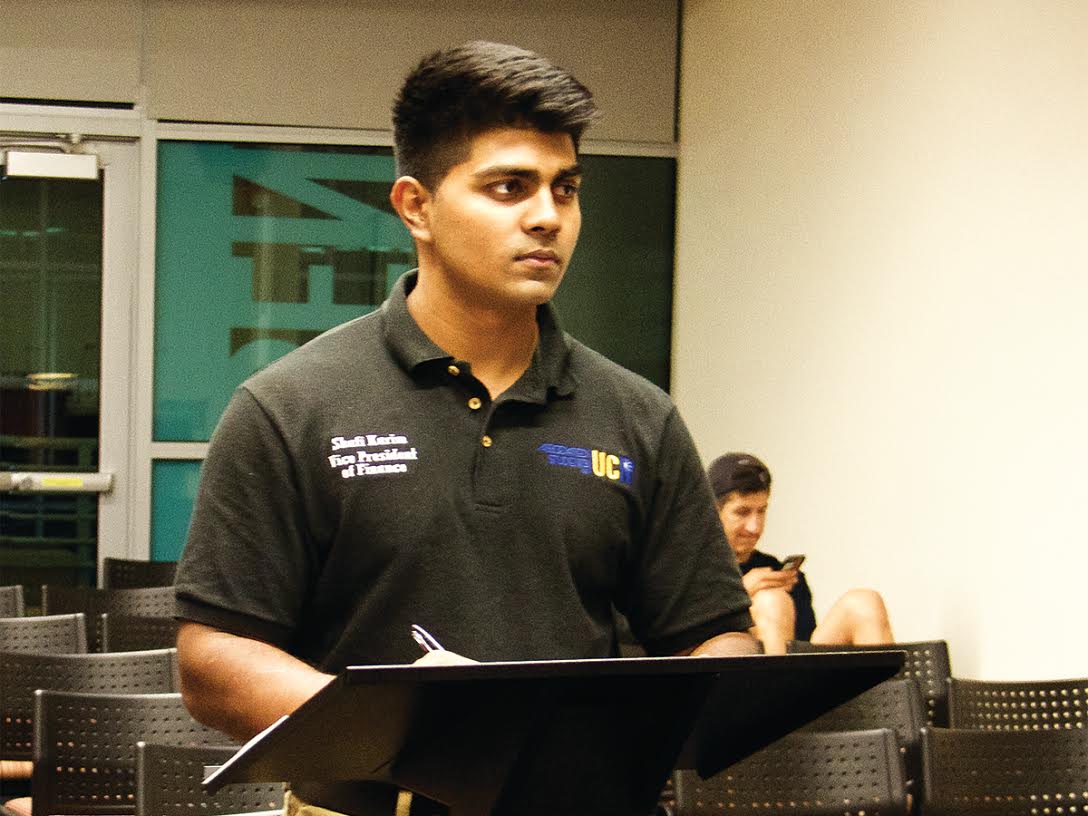 ASUCR Vice President of Finance Shafi Karim proposed approximately $15,000 in budget cuts for what was described as wasteful ASUCR spending. The cuts, which eliminated food costs for meetings, some promotional expenses and reduced student assistants’ work hours were approved by the ASUCR senate by a unanimous vote.

Originally, Karim planned to cut a total of $10,000 from the budget, which reduced meeting expenses of many of the executive cabinet members, with the exception of the Vice President of External Affairs, Mohammed “Momo” Hussein, whose position requires travelling outside of the campus.

In order to determine wasteful spending, Karim analyzed the past five years of ASUCR budget expenses. Many of the expenses that took up significant amount of money from the budget involved meeting expenses, usually reserved for food and a $1,000 line item in the budget reserved for candy.

“All of this is aligned in our effort to be more efficient with student fees so we can actually fund services that directly impacts and returns value to greater number of students,” voiced Karim.

According to Karim, much of these expenses are used to serve the student government, rather than the entirety of the student body. By allowing these cuts, Karim hopes to support programs such as R’Gear, which will impact students on a larger scale.

Despite the unanimous approval by the senate, some of these cuts raised concerns during the public comment section of the meeting by staff members in the ASUCR front office. In accordance with Shafi’s budget cuts, the hours for students working in the front office were reduced, with student assistants no longer working during summer, spring and winter breaks along with reduced hours during finals week.

One of the front office representatives stated “I just want you guys to be mindful of the situation (regarding the cut hours), because we weren’t really told about the situation. It was brought to our attention. It would’ve been better for us to find out about it before you guys agreed to it, and it’s obvious that they told you ‘Oh there’s going to be some big changes,’ but they didn’t explain to you what those changes meant.”

“When people come to your office hours there’s not going to be one of us there. When people come in with check requisitions because receipts do have an expiring date, there’s not going to be anyone there. I’m just making you guys aware that the little things we do take care of aren’t going to get done anymore, and (ASUCR Budget and Payroll Accountant) Amy (Carrizosa) already has a heavy workload, so things aren’t going to get done in the manner you guys are used to,” the representative explained.

The front office staff has worked in cutting a deal with Karim in order to allow raises for workers who have worked within the ASUCR office once the minimum wage increases. Karim’s rationale was that many of the workers in the office were not busy during the break times as the majority of students are not on campus and many students were occupied during finals week, reducing the need for a front office representative during those times.

In addition, R’Gear was also approved during the budget plan, with the sweaters costing a total of $30,728.88, approximately $21,000 less than its cost last year. The plan was received positively by more than 89 percent of the students surveyed by ASUCR, who decided to continue the program.

Noting criticisms regarding the Class of 2018 logo on the sweaters last year, Karim decided to remove association with a specific freshman class. Despite this, freshmen will be the first to obtain a sweater, with everyone else being able to receive one in the following days.

In addition, despite controversy regarding claims by the opposing party PAC: Pride, Action, Change in last years elections that the sweatshirts were not sweatshop-free, Karim received certification by the graphics company, that the sweaters were sweatshop-free.

As ASUCR is not allowed to provide scholarships for students using the fees, Karim feels that R’Gear is one of the best ways to boost school pride. In regards to the program as opposed to prior wasteful spending Karim explained, “I would rather spend $10 buying students sweaters, than $10 buying myself food.”

Pejae Chai, a fourth-year business major was in support of R’Gear. “I believe that the rgear is extremely beneficial to the student body. We are giving something back to the student body in the form of school spirit. Not everyone can afford a UCR jacket from the student store, so this way everyone will have an opportunity to show their highlander pride,” Chai elucidated.

-Momo Hussein announced that he will attend the UC Regents open forum on Monday, October 26 to address the UC’s Statement of Intolerance. The forum will also be attended by UC Student Regent Designate Marcela Ramirez, who is a UCR graduate student.