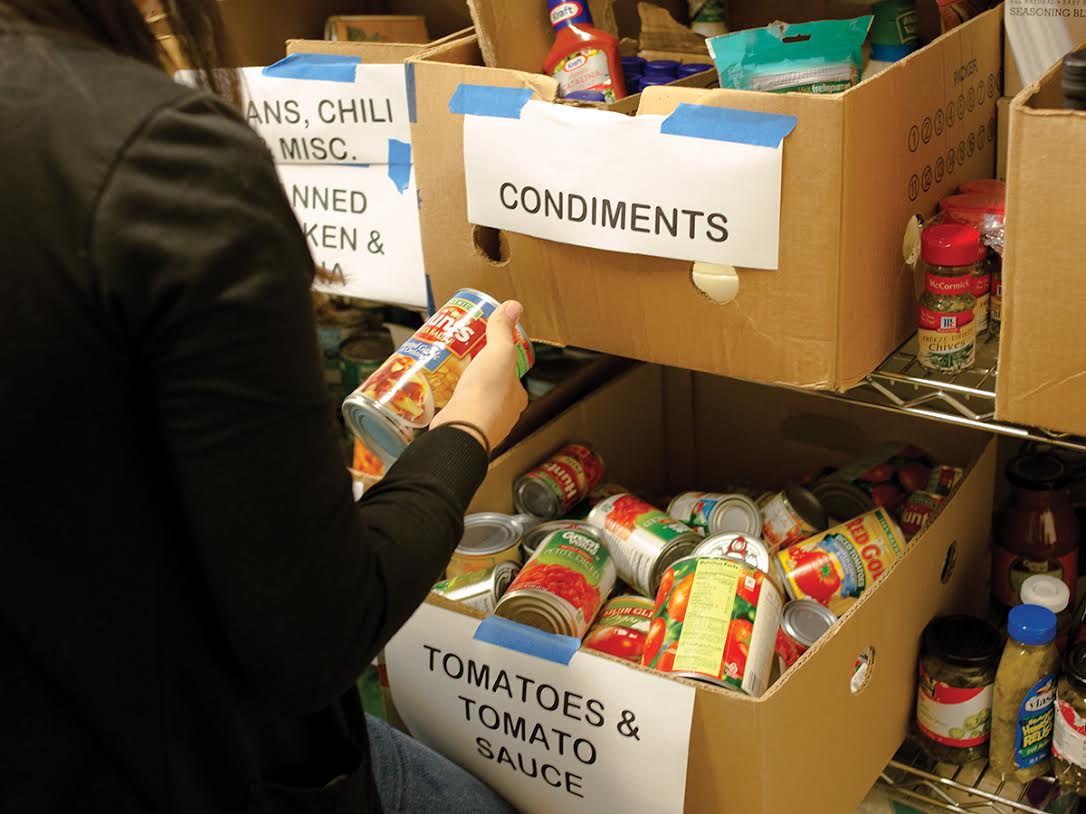 On November 3, 2015 the R’Pantry hosted a preview day at the Bear’s Den from 10 a.m. to 2 p.m. Students were encouraged to bring reusable bags, though bags were also provided by R’Pantry volunteers, to fill up on supplemental food items equating a week’s worth of food. The next operation for food distribution through the R’Pantry is December 3.

Visitors to the R’Pantry were asked to sign in with their student IDs before they were given access to the pantry. Doing so entered students into a raffle to win $10 in dining dollars if they completed a survey that asked about student eating habits, access to fresh food and any suggestions they may have to better the food pantry’s future operations.

The mission statement written on a white board read, “The UC Food Pantry (R’Pantry) was created as a direct response to the needs among the student population for more resources to fight food insecurity. It has become increasingly difficult for students to juggle the costs of living with the costs of obtaining a university degree, forcing students to choose between essentials such as food and the costs of college. The R’Pantry is here to provide emergency relief to help students continue on to successfully complete & obtain their degrees at UC Riverside.”

The R’Pantry allowed three students at a time to pick out 10 items, two at most from each of the categories labeled condiments, crackers, cereal, gluten-free baking mix, baby food, pasta and teas and coffee, among many others. Smaller items like granola bars were counted differently with four bars equating to one item. Toilet paper, paper towels, tampons and other toiletries were also offered to students. Outside the pantry room was a table of taco shells, taco sauce, hamburger helper and frosting that students were encouraged to take without limit.

Jacqueline Moreno, program coordinator at The Well, said that the R’Pantry had initially planned to service 150 students but according to data aggregated from the preview day, they exceeded that number and serviced around 157 students while still having food left over.

Michael Ervin, ASUCR vice president of campus internal affairs, who was a part of organizing and advocating for the R’Pantry and attended the event said of the test run, “It’s a culmination of months and months of work between all sorts of different student orgs and departments. A lot of people had their hands on this and I want to give credit where credit is due. It’s definitely something that originated with the students (and) will be helped run by the students and because of the institutional support behind it we’re here to make visible just how useful and needed this service is.”

Kristie Le, second-year pre-business major, who also attended the event expressed her thoughts on the food pantry saying, “It was awesome. I didn’t even know that our school gave out food like that and I think it’s nice that they’re giving out food to broke college students … over time, groceries get expensive and some students just eat sandwiches all the time because they don’t have time (to prepare) or they can’t afford food.” While she praised the purpose of the food pantry she suggested a more efficient use of space asserting, “The space was really small in there and I didn’t like that … only 3 people could be in there at once.”

Moreno stated that a generous donation from a shelving company gave the R’Pantry shelves that would better fit the food storage room upon next preview day.

The food distributed to students was donated by the non-profit organization Feeding America. The R’Pantry is aiming to operate weekly at the start of winter quarter.