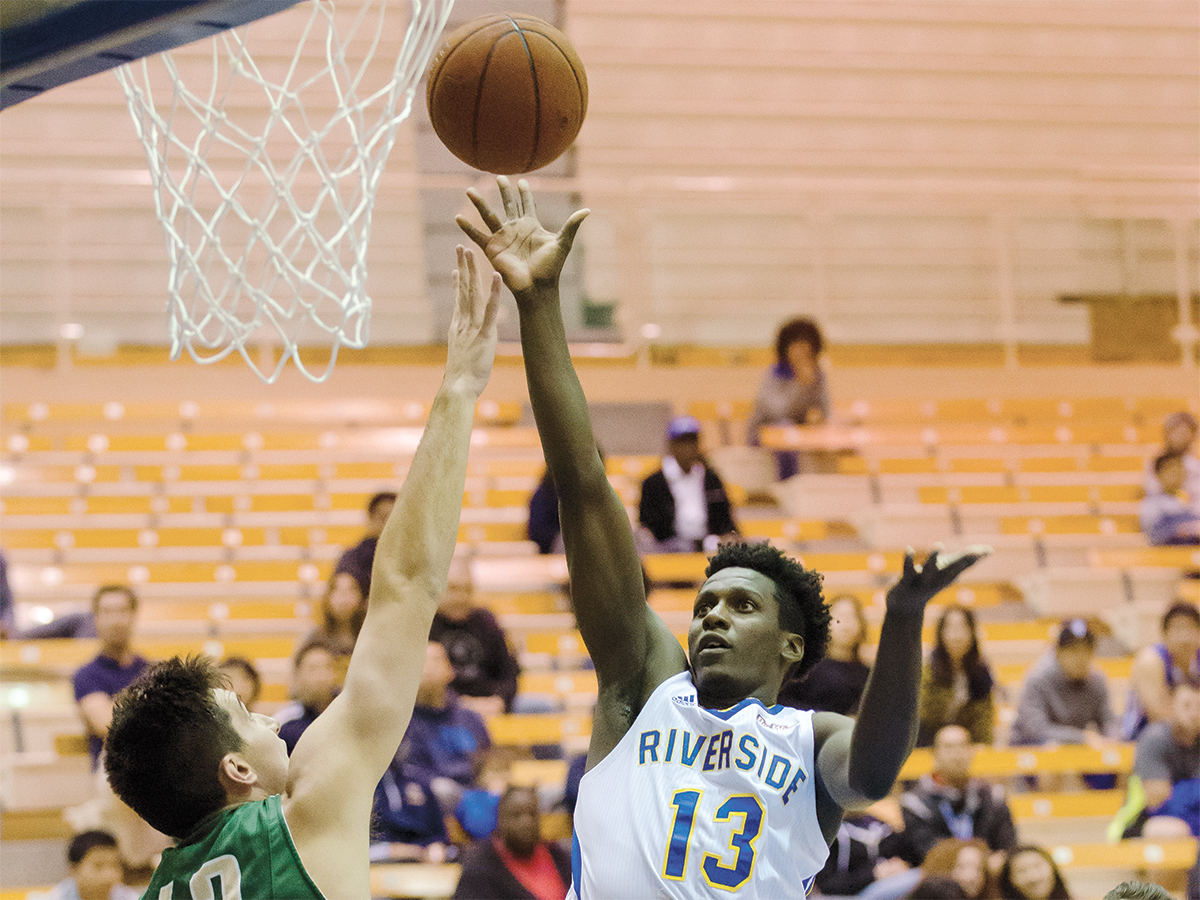 The UC Riverside men’s’ basketball team took on Point Loma Nazarene University this past Friday in the Highlanders’ first and only exhibition game of the year, and defeated the Sea Lions, 70-59. Senior guard Jaylen Bland led the Highlanders on the night with 18 total points — 14 of which came in the first half — while newcomer Gentrey Thomas had a stellar debut, scoring 16 points and grabbing a game-high four steals.

While Thomas and Bland put up big numbers, other Highlanders had an impact on the game as well. Most notable is the performance from newcomer SeCean Johnson by way of Philadelphia, Pennsylvania, who had 15 points for the Highlanders, on efficient 4-9 shooting from the field and a solid 7-9 from the free throw line. Second-year forward Robert Boezeman also had a solid showing, putting up 14 points to round out the Highlanders’ top scorers on the evening, going 5-9 from the field and a perfect 2-2 from the free throw line.

This win feels a bit sweeter for the Highlanders as senior standout, Taylor Johns sat out of the game for unspecified reasons, as did highly-touted 7’0” freshman Menno Dykstra and junior college transfer Malik Thames. None of these matters are considered terribly serious as head coach Dennis Cutts commented that all three will be active and available for the Highlanders’ season opener on Saturday, November 14 when they take on William Jessup University for Homecoming 2015.

Tip off for that one is scheduled at 4 p.m. PT and will be played at the SRC.