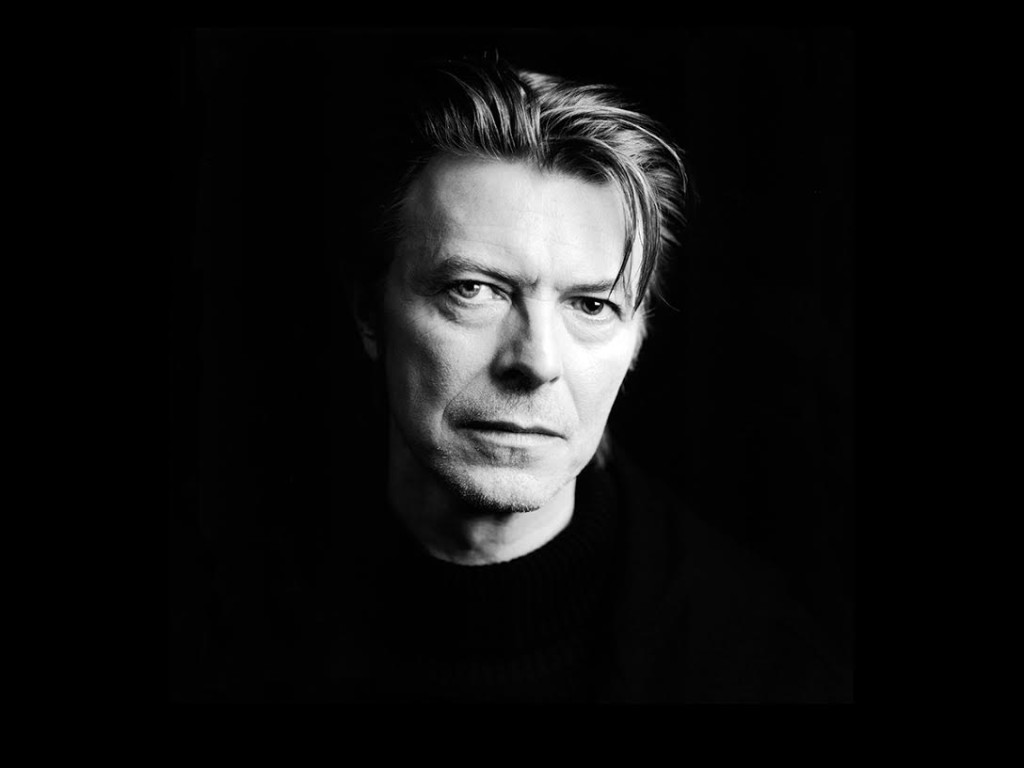 It’s difficult for me to write this piece for a few reasons: One, that whatever you may think of when conjuring David Bowie up in your mind has probably already been said in the billionth Huffington Post or Gawker article you’ve read about the man. And two, that we’re all still collectively mourning him, and that being reminded again about how one of music’s greatest icons no longer exists is, well, sad, and people don’t like to be reminded of that sort of pain.

I was like many of you when I learned about his death. I was sitting in bed, getting some work done on my laptop, when a coworker texted me “David Bowie died” (along with a crying emoji). My first reaction was immediate denial. I’d like to say it was less of “Omg he’s like literally totes a God, rip in peace,” but more of “I need to check the Interwebs/Facebook to confirm that this isn’t one of those bullshit celebrity death rumors.” But looking back now, I think it might’ve been a combination of the two.

This is David Fucking Bowie we’re talking about, after all. It’s one of those rare situations where all the hyperbolic Facebook posts reading “I literally can’t live without Bowie” might have a smidgen of truth. I did do my fair share of crying upon learning of his death. Like Robin Williams, he was a man who simultaneously forever changed the medium in which he performed in as well as touched the lives of millions of fans. He’ll always be a household name to any and every home around the world.

With that in mind, let’s look back upon his career.

The beginnings of a god

While we’re quick to remember how much of a god Bowie was in the recording studio and on the stage, it’s also important to note how awesome he was due to his humble origins. If anything, his social position, in any other normal circumstances, should’ve remained low: He was born in the south end of London (which was less impoverished than east London, but that’s not saying much), he was born in a post-war Europe, which was still recovering from the carnage of World War II and he was born to blue-collar workers. The deck was stacked against him in life.

But he gave a giant middle finger to all of that through his inherent talent. He studied several things in school, including art and music, and his greatest earliest influences were the biggest black artists of his day. John Coltrane, Fats Domino, The Teenagers, Chuck Berry and countless other black pioneers of jazz, soul, rock ‘n roll and R-and-B were absorbed into the B-man’s elastic mind. Adding to all of that was a famous 1983 interview in which Bowie called out MTV for not featuring many black artists, it’s incredibly apparent that not only did Bowie love black culture, he was unafraid to acknowledge its influence and the societal importance it play in both the spoken word and in his music.

His career: The definition of “Alien”

While it’s true that many great artists are respected for mastery in their specific, niche craft, the greatest artists are flexible: masters of not only one craft or form or mode of performance, but several. Although it’s important to note that most artists don’t take the route of adaptation through transformation because it’s really difficult. Great artists are great for being the best at what they specifically did. AC/DC was an awesome, kick-ass hard rock band, and Nirvana pioneered grunge and put indie rock on the map. NWA did the same thing for gangsta rap (as well as the subsequent history of hip-hop as a whole), and that was all from just a single album.

In stark contrast to those famous artists, or practically every musical artist of the last 40 years, David Bowie was the master of transformation. He was the ultimate alien. I say this because an alien is the best metaphor to use when attempting to describe his allure: Everybody has their own idea in mind about what exactly an alien is or what an alien looks like, whether or not said ideas are taken from film, fiction, science, etc.

So like an alien, everybody has their favorite type of Bowie. You’ve got your late ‘60s and early ‘70s Bowie, whose strange songs, awesome mullet and the Ziggy Stardust persona spoke to the hippie and glam rock generation. Or you can go with ‘90s Bowie, who made the best Nine Inch Nails songs outside of Nine Inch Nails. Or you can be like me and simply love all the Bowies (yes, even ‘80s Bowie). The fact remains that Bowie kept his image as the ultimate cool artist by adapting to the musical zeitgeist of each decade while utilizing his inherent genius of crafting utterly irresistible pop. The will to transform like that is almost superhuman, and with the possible exception of Superman, David Bowie is practically unrivaled in being the coolest alien in pop culture history.

At the end of the day, it’s difficult to find someone who completely dislikes David Bowie. If anything, perhaps the greatest thing that Bowie had to offer was that it’s cool to be weird, which is a funny way to say that he wasn’t afraid to be himself. He was both everything and nothing, the most popular guy in the room as well as the most eccentric. He was a really strange dude, but he was talented enough to make it worth his while, as well as yours.

And given that his most recent album, “Blackstar,” is essentially a final farewell from him to the Earth, it’s no surprise why people are so sad about his passing. We all thought he was not of this world, that somebody (or something?) like Bowie could not be touched by the cold, deadly hand of time. But we were wrong, and he knew it, so he recorded “Blackstar” not only as his goodbye, but also as his thank you to how wonderful life on Earth was in the era of Bowie.
So it’s not unusual when we look upon the sky in an attempt to see him floating through the final frontier. But we do not see him there. If anything, all that tells us is that the stars look very different today.

‘Turn Up the Sunshine’ might be your next summer anthem

‘Harry’s House’ is a soothing and enlightening experience

HBO’s latest series, “The Time Traveler’s Wife,” has a decent start, but is messy in its execution