Highlander
Home Opinions Donald Trump: In defense of the outlandish 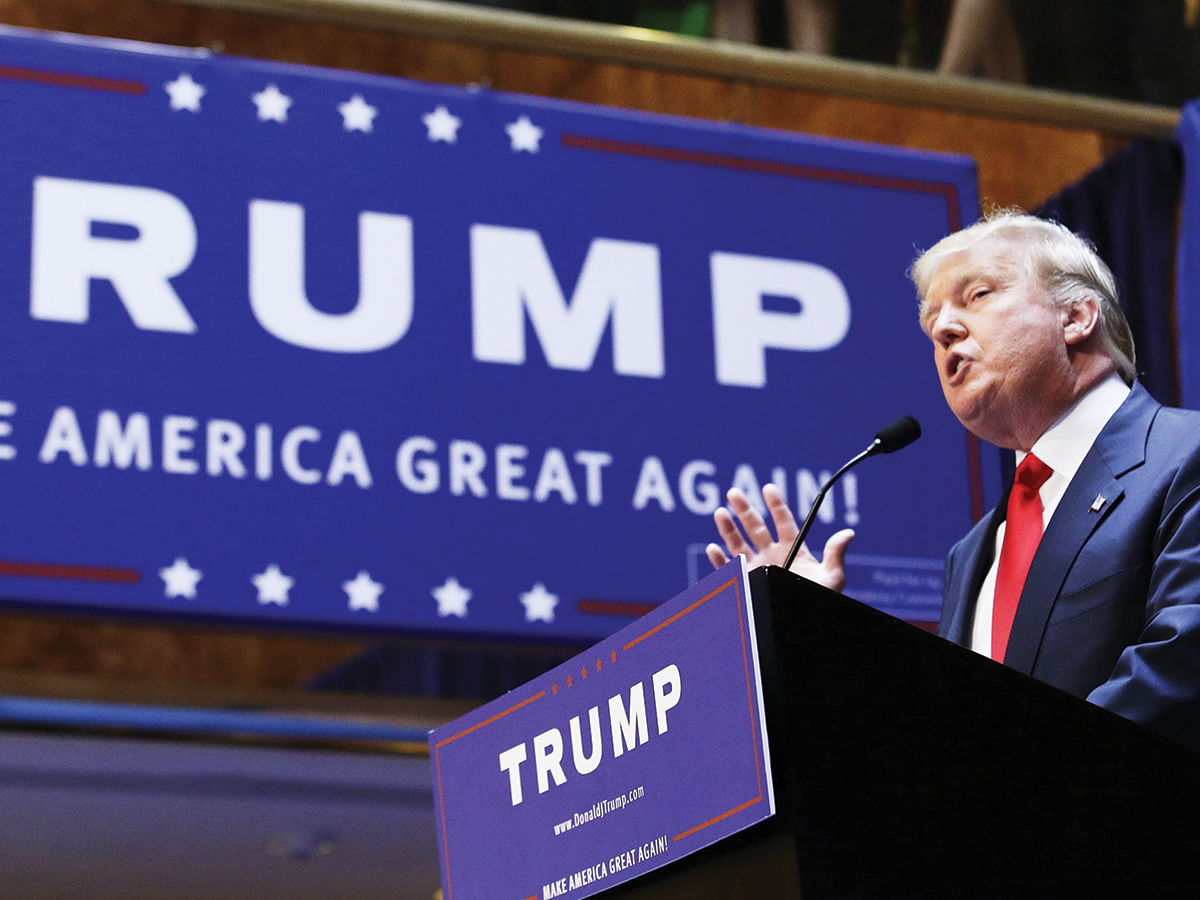 It has become clear that Donald Trump is going to be a dominating figure as the upcoming primaries loom ahead. Trump’s boisterous personality, in tandem with his outlandish policy proposals, has skyrocketed him to the top of the polls among Republican voters. Few Highlanders at UC Riverside can imagine why a man like Trump is winning in the polls. After all, Trump’s platform has been nothing but fiery rhetoric that has provoked the nation’s minority populace. Among his ideas, the ones that are chiefly controversial include a wall around Mexico to prevent illegal immigration and a secondary identification system for Muslims similar to the one implemented for Jews under the Third Reich. These proposals seem antithetical to America’s ideology of equality, but are spurring the political support for Trump.

I think Trump is a genius. I’m not saying this because I support his ideology or his policies, but because Trump has been able to craft a political persona so unpredictable and radical that the Republican establishment cannot catch up to the paradigm shift being thrown upon them.

Trump has established himself as the physical embodiment of the American dream — he’s extravagantly wealthy with a harem of models, sport cars, real estate, luxury brands and media properties at his disposal. Who wouldn’t want to be Trump?

But what sets Trump apart from all the well-to-do folk in America and the other Republican candidates is his bravado. Trump does not hesitate to speak his mind, regardless of the media backlash. In fact, the media’s coverage of Trump’s statements has drummed up far more support than criticism for his campaign. The Economist published a graph indicating a rise in the polls for Trump that coincided with each controversial statement he made. It is saddening and alarming that Trump can disrupt the political process with radicalism and crass jokes aimed at his detractors on televised debates; however, this is where Trump’s genius lies.

With every crude and bizarre statement, Trump inches his way closer to a Republican nomination. Every time Trump makes a point, conventional outlets and social media are lit abuzz with controversy. Through outrageous claims, Trump’s ideology becomes ingrained into the center of our political discourses and the debate becomes framed around his policies, instead of any other candidate’s. After the Paris attacks, the ensuing Democratic debate became centered around foreign policy and Trump’s policy response. Debates aren’t centered around rational discussion concerning the merits of public policy, but the efficacy of these policies in comparison to Trump’s. For example, the Washington Post found that Trump was the only Republican candidate mentioned in a debate between candidates of the Democratic party, despite a pool of over 10 candidates for the GOP.

The presidential race has become a game of knee-jerk reactions to Trump’s far flung ideas. This is where the campaigns of every other candidate have faltered throughout the race. Candidates are failing to make themselves unique in the sea of faces competing for the interest of American voters, but Trump has been able to capitalize on controversy in order to capture the spotlight. I am staunchly against Trump and his platform, but I begrudgingly respect Trump for his ability to re-center the political conversation around his personality.