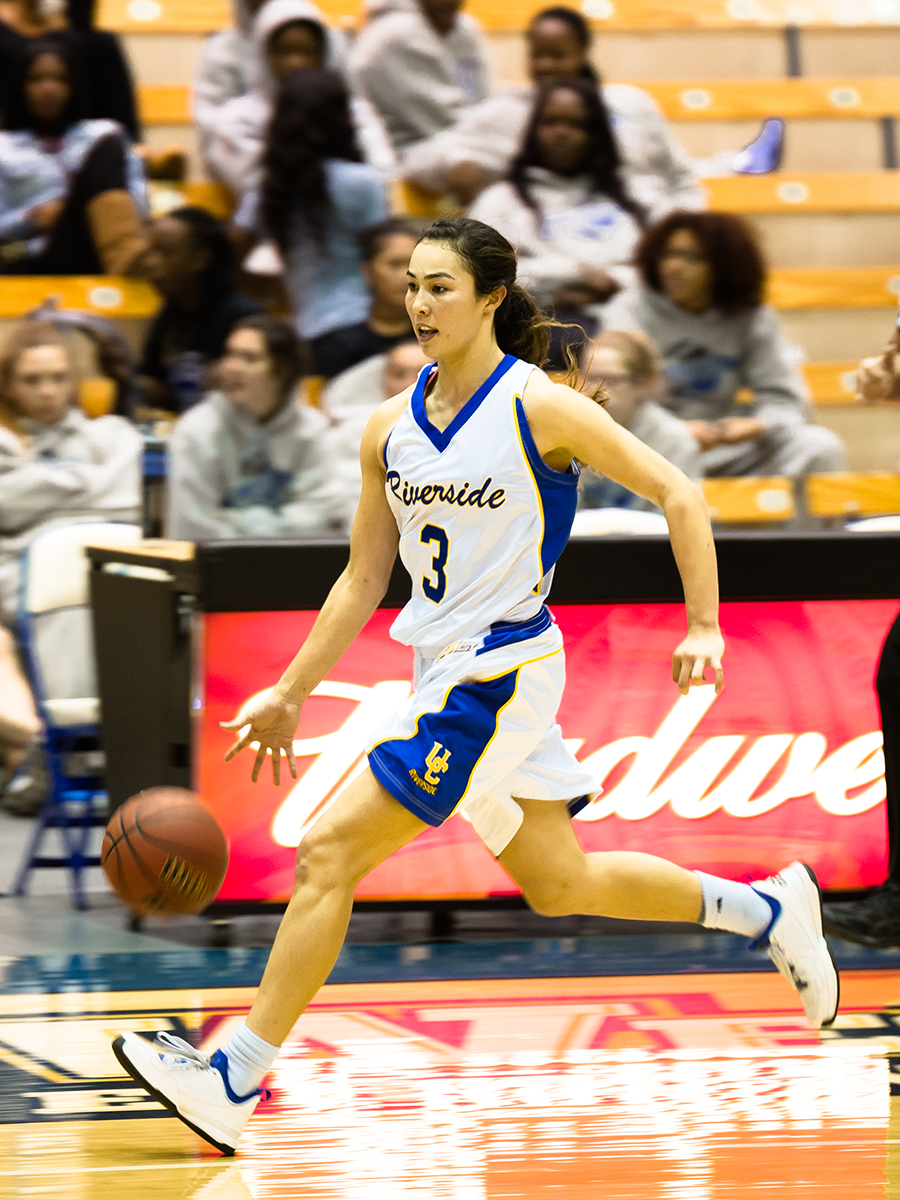 This year’s women’s basketball team is not just good, it’s arguably the best in the program’s history. With a 6-0 start to conference play that has the team as the frontrunner to win the Big West Conference, the team is on pace to not only earn the program’s best record in a season, but to earn an NCAA tournament bid come March. This success is not an overnight occurrence; it is a culmination of several years of building and improving. The three leading scorers of the team — Brittany Crain, Annelise Ito and Rejane Verin — account for over two-thirds of the Highlanders’ points per game, and are also three of the top four scorers in the Big West this season. Despite not having spent significant time on the court together prior to last year, the trio have quickly developed an unmistakable chemistry in a culmination of three journeys.

Straight out of John W. North High School just a little over a mile from campus, Crain has been the heart and soul of the Highlander offense for several seasons, and she just recently became the third Highlander and seventh Big West player in conference history to score 2,000 career points. Normally acting as the primary offensive playmaker for the team, Crain has diversified her offensive game over the years, becoming more efficient from the field (41.4 FG percent in ‘12-’13 to 45.4 FG percent in ‘15-’16) and increasing her range (29.1 three-point percent in 12-13 to 35.9 three-point percent in 15-16). She credits an increased comfort on the floor this year in particular to the teammates around her. “I think it’s less pressure because … we have more offensive threats, so it’s not always, ‘Brittany needs to do this and Brittany needs to do that,’” she said. “I know what my role is, and with my teammates, they’re all threats too. So I think it’s just a combination of that.” As the main leader of the team and the only one of the three primary scorers to spend four full years at UCR, Crain doesn’t take her time on the team for granted. When asked about the best part of being a part of this team outside of the success on the court, her response was “I think the experience, you know, because after this, you have a family (with your teammates), so I think that’s the most important thing for me.”

Ito, the other senior leader on the team, came to the Highlanders from Diablo Valley College as a sophomore during the 2013-14 season. Making the move from the junior college to UCR was a huge transition, especially considering the 400-mile gap between the two campuses. However, Ito says that being on the team helped her immensely with that transition. “Honestly, it’s like a sense of family,” she said. “I’m not close to home. Some people are from around here, but I live in the Bay Area. My family comes to the games, but it’s different.” With this kind of transition, one might expect Ito’s play to struggle during her first games as a Highlander. However, Ito was able to quickly incorporate herself into the lineup, recording averages of 10.5 points, 5.9 rebounds and 2.7 assists per game during her first season in the blue and gold. Ito gives her team all the credit, saying, “The coaching staff and my teammates … every day at practice, if I am really sad or anything, like homesick, this team really brings it together. I’ve never met a group of girls that all genuinely like each other and get along.” This communal environment seemed to help Ito both emotionally and as a basketball player as well. She rounded out her skills nicely over the next two years and has made a significant leap in the assist category this year, currently averaging five assists per game this season. Ito commented on this improvement, saying “I’ve never played point guard, but I honestly think having our team be so versatile offensively and everyone being a threat, it makes it easy. I have an easy job, so I think it’s just part of having a talented team.” Despite not being the primary ball handler, Ito’s assist total leads the team, making her a key piece in the team’s offensive success.

A redshirt junior who transferred from UNLV, Verin has quickly established her role as one of the main offensive options on the team after being ruled ineligible for the 2014-15 season due to NCAA transfer regulations. Verin used this time well to acquaint herself with the new environment. “(UNLV) played a different offense; I had never played this kind of motion offense before, so I (used) the year to kind of see how it works and adjust with my teammates,” she said, “so I think last year was important in learning.” Despite only officially playing with the team this season, Verin already shares a strong connection with her Highlander teammates. “I love it. I love my team, I love everybody around, and I think we are in a position to do some great things.” As of late, Verin has produced huge for the Highlanders, averaging 20.0 points, 12.3 rebounds and 6.0 assists per game over her last four games. Despite this, she isn’t entirely satisfied with her performance, modestly suggesting that she hasn’t “played unbelievably well. It’s enough to win games I guess, but we all have to produce more, and we’ll have a good year.” With her strength, versatile skill set and unrelenting ambition, Verin adds a new dimension to the team and has helped elevate it to new heights during this potentially historic season.

With a chance to become the winningest women’s basketball team in program history, the UCR women’s basketball team is showing no signs of slowing down. A championship in the Big West will also mark the program’s fourth NCAA tournament appearance and a chance at the team’s first victory in NCAA tournament play. If the Highlanders continue their stellar play, perhaps even more could be in their reach.