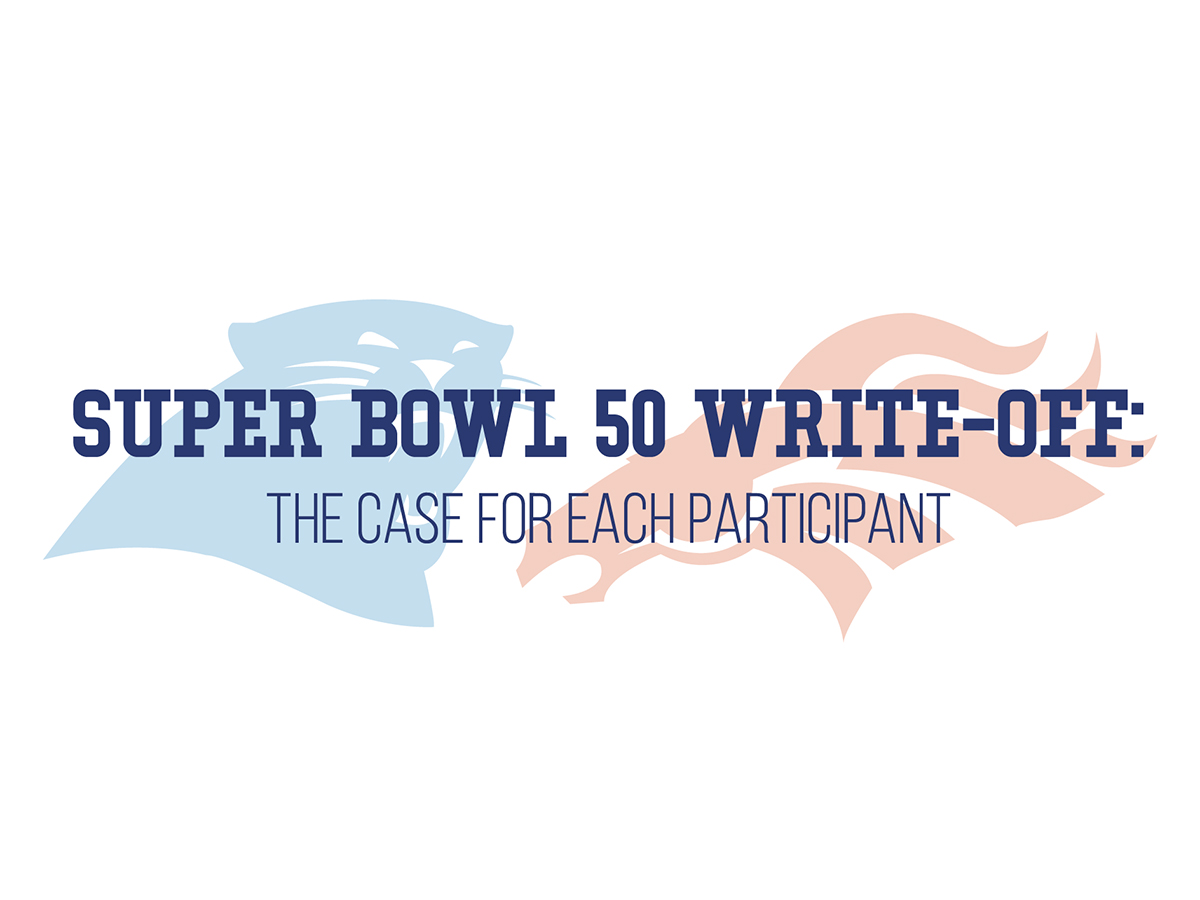 The Broncos can’t win it all

At the risk of sounding like a broken record, I’m going to retreat into the masses and say that, barring any major catastrophes, the Carolina Panthers will be standing atop the massively erected podium on the 50-yard line of Levi’s Stadium in receipt of the league’s 50th, and the team’s first Lombardi trophy.

Don’t get me wrong, I’m not taking anything away from this year’s Denver Broncos, a talented team themselves who overcame their fair share of adversity to get to where they are now.

Take, for example, what was once the most formidable aspect of the team turning into its one glaring weakness — the quarterback. After making the right decision to bench Peyton Manning in favor of Brock Osweiler after a stinker of a loss against the Kansas City Chiefs in Week 10, coach Gary Kubiak perplexingly decided to fire up Uncle Peyton’s noodle arm again in the playoffs (the guy who lead the league in interceptions throughout most of December despite almost missing the month entirely). Though Manning hasn’t done anything to detract from his team’s success in the postseason, he hasn’t done much to drive it either (398 yards, 2 touchdowns, 0 interceptions), and it’s sad to see a surefire Hall of Famer’s role become relegated to that of a Trent Dilfer-esque game manager.

Sure, Denver’s defense gives them a chance against anyone, but can they carry the entire team’s weight against Cam Newton and the Panthers? Let’s revisit both of the Broncos’ playoff wins against the Pittsburgh Steelers and the New England Patriots, both of whom were praised throughout the season for their offensive prowess.

In the divisional round win against the Steelers, Pittsburgh was missing a hefty amount of its firepower on offense from Antonio Brown to DeAngelo Williams, but was still able to rack up over 300 yards through the air and nearly 100 yards on the ground. Against the Patriots, Denver capitalized on an offensive line that has been in limbo all season (37 different line combinations throughout the year!), masked by a soft schedule and a healthy Rob Gronkowski.

Carolina’s offense features a dynamic quarterback in Newton who can beat you from anywhere on the field, as well as a solid ground game that boasts not one, but two feature backs (Newton and Jonathan Stewart). The Broncos haven’t faced a legitimate dual-threat quarterback all season, allowing its vaunted pass rushers to solely focus on attacking the quarterback in the pocket. Another concern for Denver against Carolina’s prolific offense is their penchant for jumping out to huge early leads. Against their postseason opponents Seattle and Arizona, the Panthers scored the first 17 and 31 points of each game, respectively — both against formidable defenses. If the Broncos fall into any hole that big (Super Bowl XLVIII repeat, anyone?), you can kiss their chances goodbye.

The Panthers’ defense is also a force to be reckoned with, and will have every opportunity to go toe-to-toe with Denver’s league-leading unit. Carolina’s defensive squad is an opportunistic bunch, leading the league in takeaways this season with 39, the next closest being the Kansas City Chiefs with 29.

With playmakers such as breakout stud cornerback Josh Norman and star linebacker Luke Kuechly, the Panthers’ strength in forcing turnovers on defense plays right into the hands of the struggles Manning and the Denver offense have faced all season — giving the football away regularly.

I’ll admit, I was one of the people who gave the Panthers absolutely no respect for most of the season, despite their 15-1 record saying otherwise. I was strung along by the pundits who used every excuse in the book to marginalize their success from “the schedule is weak” to “a few lucky games here and there.” Those days are over. I have seen the light, and the light is telling me that these Carolina Panthers are for real, and will be for real for many years to come.

Just about all of the talk you will hear in the week leading up to Super Bowl 50 will be about the season-long dominance of the one-loss Carolina Panthers and how, subsequently, the meager Denver Broncos stand little to no chance of winning. Your friends have said it, fans and media members have said it and heck, I wouldn’t be at all shocked if the article directly next to this one is saying it as well.

Considering all the talk, you yourself have probably fallen into siding with the consensus. Essentially, the Panthers winning is a done deal, right? Well, no. Not at all, in fact. Contrary to what has been said, the Broncos are not merely “lucky to be here” but are a team that has talent to not only be competitive in the championship game, but to win it outright.

For Denver, it starts with their league-best overall defense. Admittedly, attempting to stop the Cam Newton-led Panthers has made some of the most formidable defenses look silly this season; however, the Broncos pose, by far, the biggest threat Carolina has seen on that end.

Translating this success to a matchup against the Newton-led Panthers starts with containing him both inside and outside the pocket. This, of course, must be aided by the Broncos preventing Carolina’s middling group of receivers from getting deep. With the league’s best cornerback duo in Aqib Talib and Chris Harris Jr., this shouldn’t prove to be an issue.

Additionally, Newton’s go-to target in tight end Greg Olsen could be hard-pressed to find open spots in the field going up against a safety group that limited full-time superhuman, part-time tight end, Rob Gronkowski, in the semifinal win over the Patriots.

Containing the Panthers’ receivers in single coverage will not only allow a dominant Broncos pass rush to put pressure on Cam Newton, but give them the freedom to drop linebackers into coverage to contain the running threat that he poses.

Assuming that the majority of this manages to fall into place, Denver’s hopes will obviously hinge on the arm of quarterback Peyton Manning offensively, which many will suggest to be a detriment. This is fair as Manning has looked more like the cable-owning Manning of those infamous DirectTV commercials than the surefire Hall-of-Famer that was a hallmark of greatness in the league for over a decade.

However, just as he did prior to his season-best performance against the Green Bay Packers this year, Manning has an extra week of rest to physically prepare for the Panthers. Combine this with the fact that Manning has the most dynamic defense that he’s ever had behind him in his career and Manning doesn’t have to have an all-world performance but simply focus on not making mistakes. The re-emergence of running back C.J. Anderson as of late only makes Manning’s job easier here.

Making plays on defense and avoiding mistakes on offense has been the Broncos’ formula en route to their 12-4 record on the season and it is one that will prove effective enough to allow Peyton to walk away from the game with his second-ever Super Bowl title in hand.