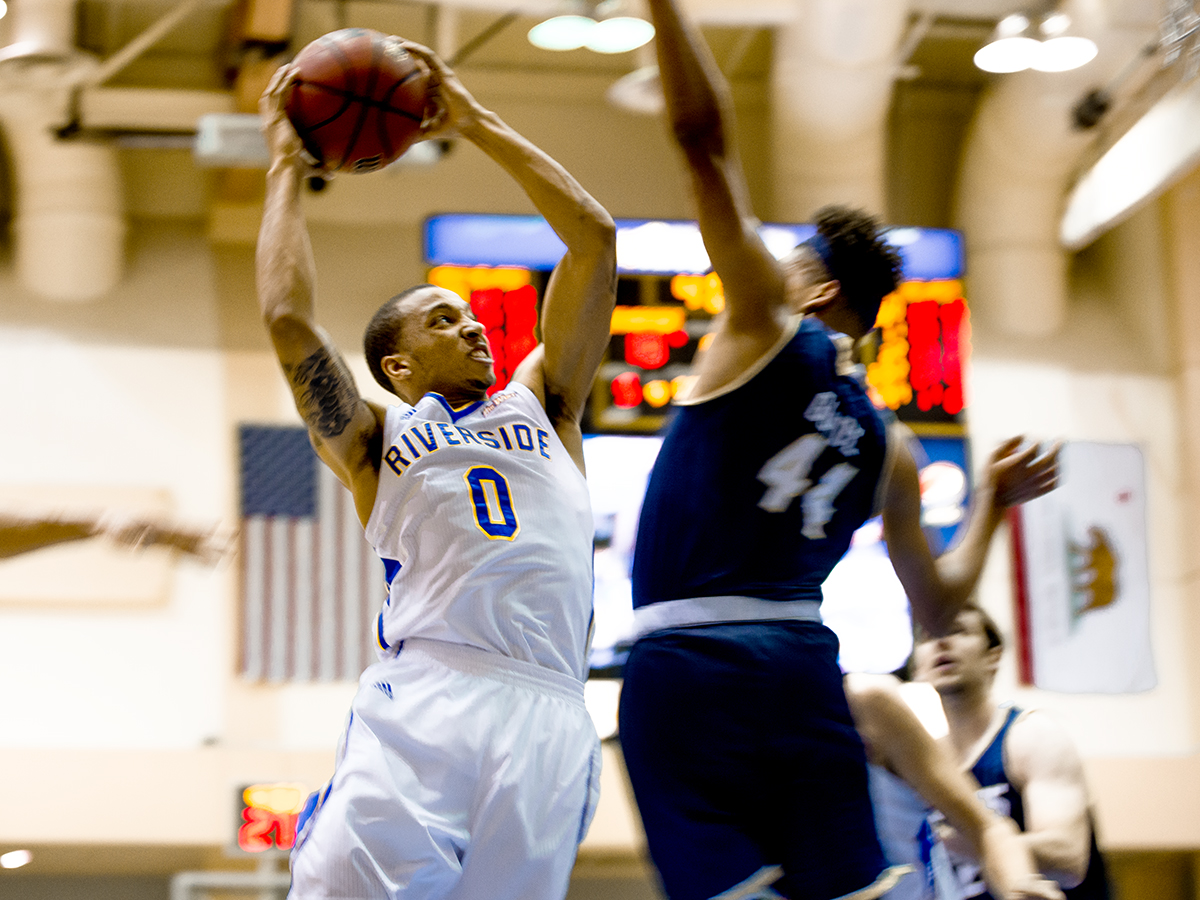 The year wasn’t supposed to be like this for UC Riverside men’s basketball.

By early February, this team was supposed to have it figured out, contending among conference powerhouses UC Irvine and Hawaii, looking to send senior stars Taylor Johns and Jaylen Bland out ceremoniously. And yet, what was for this team, has not evolved into what is. Following a strong start in the nonconference season, during which the Highlanders amassed a 9-7 record, the team has reeled, sitting at 13-13 overall with a 4-6 conference record.

There is likely no singular explanation to point to as the reason for this overall disappointing season, but a glaring observation that can be made is the team has lacked consistency. The wins and losses attest to as much as the Highlanders entered conference play on a two-game losing streak and eventually ballooned that into five before getting their first conference win over CSU Northridge. Then, with a loss sandwiched in between, the team ripped off three consecutive wins prior to this past week where they suffered two crushing defeats at the hands of CSUN and UC Davis.

And now, we are left wondering who this team really is. There are moments in these losses where the Highlanders have looked exceptional. In the latest loss to Davis, the team played stout defense in the closing minutes en route to recapturing the lead with eight seconds to go. The following Wednesday in their loss to CSUN, the team was clicking offensively whilst storming back from a 20-point deficit. Though, as we have come to expect this season, they failed to put it all together in the end of both matchups.

After their vigorous comeback against Northridge, UCR went cold in the final three minutes, allowing the Matadors to score the game’s final three points to win 73-71. And against Davis, the team completely let up defensively to allow Brynton Lemar to hit a wide open, go-ahead floater in the closing seconds.

What this all amounts to is a team that has failed to clear a mental hurdle. Sure, UCR is offensively oriented and stacked with versatile players, but continuous losses via blown leads or failed comebacks late in games can prevent any team from having a winning identity and this could very well be the case for the 2015-16 Highlanders.

There are six games remaining in the conference season, meaning UCR has six more opportunities to put together a few wins and develop an identity before heading into the conference tournament. Considering that the Highlanders’ compilation of talent is perhaps one of the strongest the team has had in recent years, another early exit in the conference tourney come March would be fairly disappointing.

At the start of the year, though, you’d have been incredulous to suggest anything less than a semifinals appearance for this squad. And now, those who continue to hold this lofty belief are set up to be quite dissatisfied come season’s end. Or perhaps, all of our expectations have simply been too high to begin with.