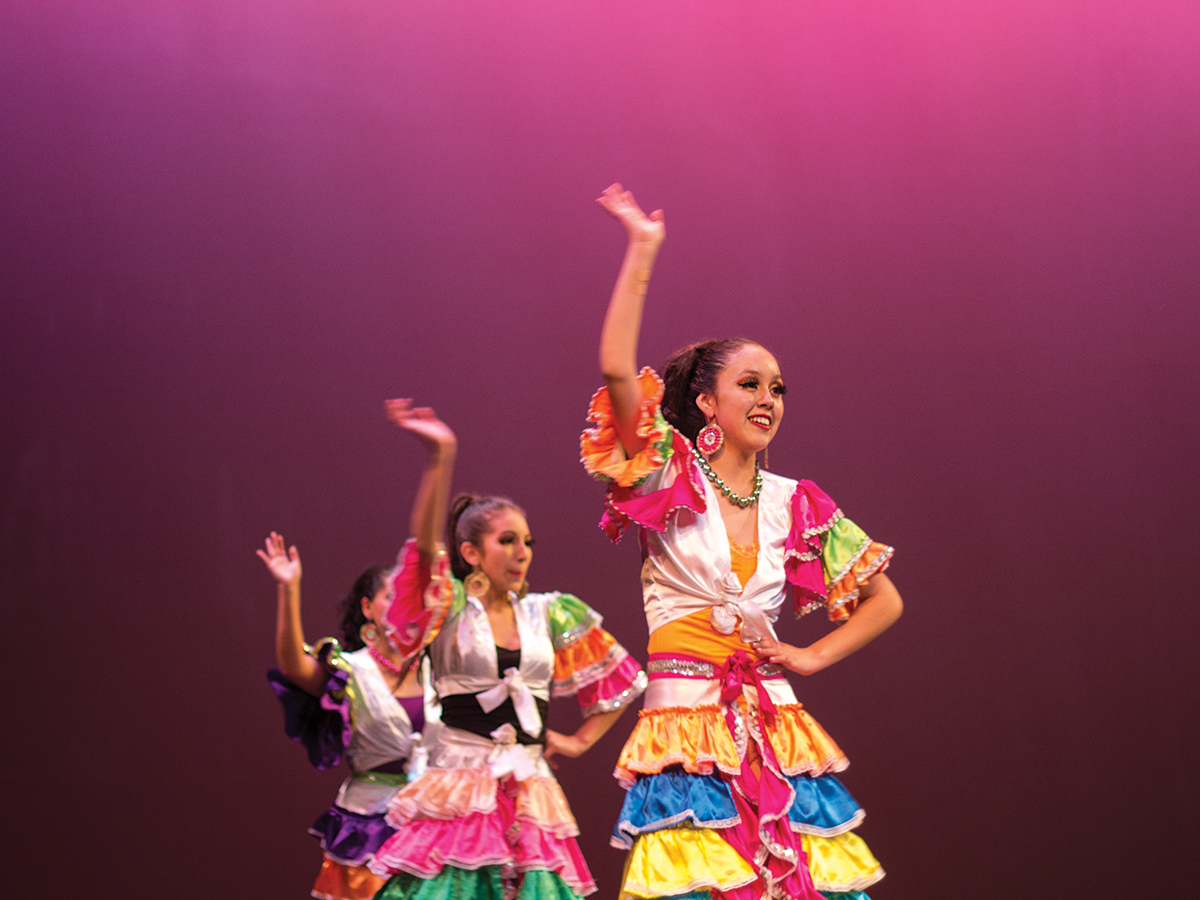 The first event, Ballet of Las Americas, was organized by the Tierra Blanca Arts Center (TBAC), a nonprofit organization focusing on the arts in the greater LA area, led by Blanca Soto. Ballet of Las Americas featured dances from Guatemala, Honduras, Cuba, Nicaragua, Colombia and Mexico and contained its own unique clothing style and dance that ranged from ballet folklorico, from each Latin American country, to la tusa, a dance from Honduras.

The first dance, which was inspired by Guatemala, had four dancers: two males and females dressed in pink and black attire. The dance felt a little disjointed as the younger dancers in the back could be seen mimicking the more advanced dancers in center stage.

After this performance, two dancers reenacted a romance, through la tusa. Their clothing was entirely white, with the duet consisting of the male dancer attempting to win over the female through gifts such as flowers.

For the next performance, a single dancer dressed in a white dress with pink undertones followed by Soto’s tribute to the working woman in a song inspired by Cuban culture. This performance had the dancer carry a basket to represent both the labor and child of the Cuban woman.

All six dancers from TBAC came out for the tululu, an African-inspired dance from Nicaragua, which was filled with bright orange and yellow colors and straw hats for this fast-paced performance. The dance group closed out its performance with ballet folkloricos from Colombia and Jalisco, Mexico, which ended with them dressed in black mariachi attire. Each dance was finished with a large round of applause.

Los Romeros, a local family, performed in between TBAC’s set, singing through songs from local villages in Mexico and “corridos,” songs which discuss tales of the outlaws. Some songs consisted of singing in Spanglish, while the rest were entirely in Spanish. Each performer was dressed in all black and carried a zarape (a shawl or blanket) as they played guitars in unison and sang. Like the dancers before them, the crowd greeted this family with cheers.

One of the highlights of the night occurred after the intermission. Quitapenas, a local band, performed their combination of Afro-Latin fusion music. Dressed in modern attire, the group’s drums and jazzy guitars created a laidback atmosphere as many students came up to the front of the stage to dance. One original piece, entitled “La Bestia,” named after a popular train route that reaches down all the way from the U.S.- Mexico border, detailed the dangerous path many Latin Americans take in order to reach the States.

Reyna de Los Angeles, the first all-female mariachi, which also had two UCR alumni among them, closed out the show. Each performer in the group was dressed in a blue suit with white mariachi hats and rotated their positions throughout each song. This group was especially popular among the audience who began singing with the performers and greeted them with the final and only standing ovation for the night.

Julian Felix, a first-year student, spoke highly of the event. “I think it’s really important to have these cultural events to remember our roots, and this a great thing that we have,” Felix stated.

Neftali Galarza, a fourth-year student who also attended the year before claimed that the event has shown consistent success and was happy that UCR was able to host the first all-female mariachi group in the nation. “The fact that they’re the first all-woman mariachi group, performing here is setting a landmark,” Galarza explained. “This type of activism is an important part of our culture and it’s all great.”