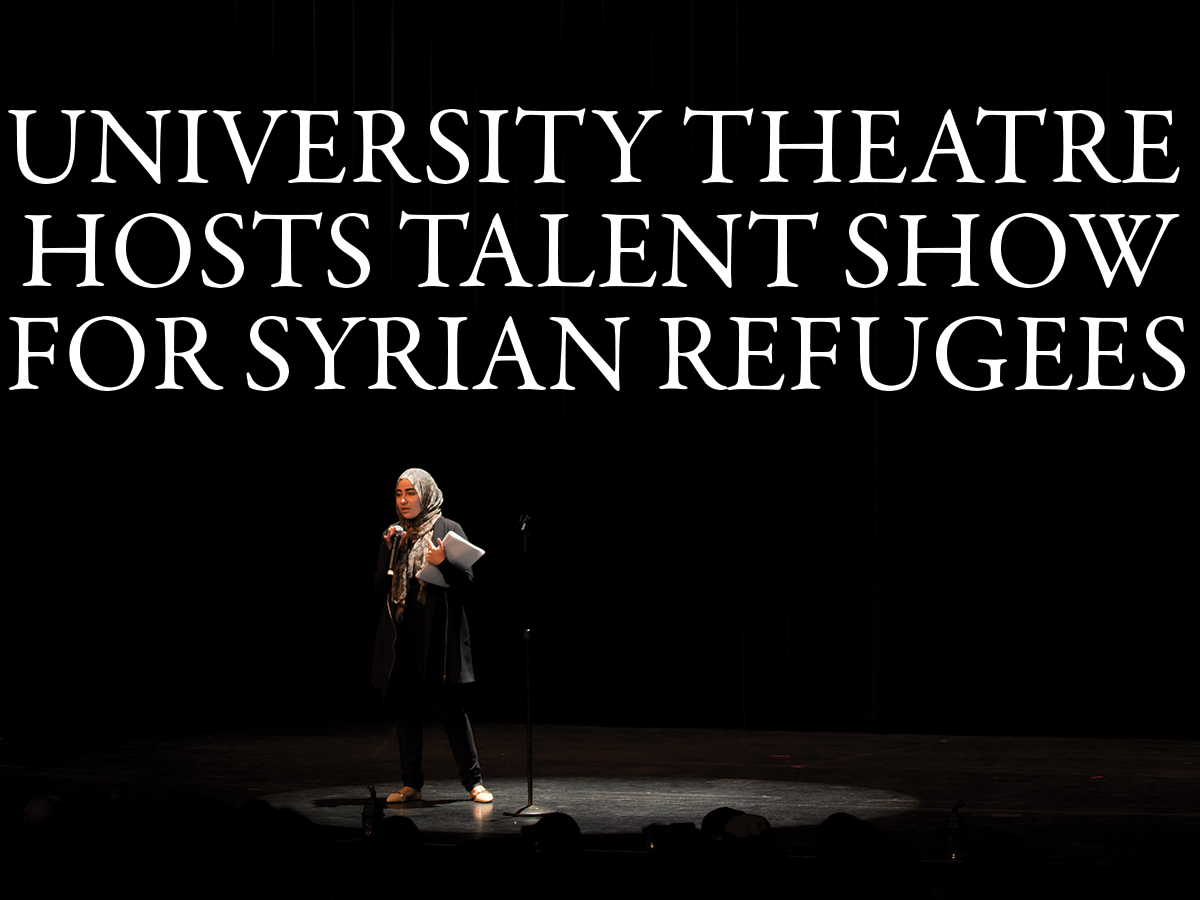 It’s hard to not associate a talent show with the youthful essence of middle or elementary school naivete— a time when cafeterias full of eager parents filled the room with obnoxious video cameras and patronizing applause where, more often than not — the only real “talent” on stage was the ability for each performer to overcome stage fright.

Last Thursday, the Middle Eastern Student Center (MESC), in conjunction with the Muslim Student Association, flipped my pre-conceived notions of talent shows on their head, treating its audience to an eclectic display of dancing, singing, poetry and everything in between. And yes, these performers were talented — as much of an understatement as that is.

“A Night of Talent for Refugees” was an event that lived quite true to its namesake — a talent show wholesomely dedicated to raising funds for Syrian refugees (100 percent of the show’s proceeds went to the Kayany Foundation which provides aid and education for Syrian refugee children). From the moment I stepped into the University Theatre’s double doors, a row of three tables welcomed me in the foyer, one occupied by the MESC, the other by the Karam Foundation and another by Save the Children.

A few items that caught my attention were the raffle being hosted by the MESC, whose prizes included anything from scarves to Getaway Cafe gift certificates, and the Karam Foundation’s table, which sold handcrafted soaps branded as “scents of Syria,” that, according to the foundation’s director of operations Nada Hashem, were handmade by Syrian women and sold within the U.S. to support their living.

Entering the auditorium, I was impressed by the turnout that the event boasted — nearly half of the theater’s 500 seats were filled. While waiting for the show to begin, a promotional video for the Karam Foundation was played on a loop, set to the sounds of U2’s “Invisible.”

When the show finally started around 15 minutes behind schedule, an energetic Natalie Haddad took the stage as the night’s emcee. Student adviser for MESC, Haddad wasted no time engaging the crowd with requests for noise and applause. Haddad’s performance throughout the night was a talent in and of itself, worthy of recognition — as she was masterfully able to keep the energy high with her charismatic bravado, seamlessly stalling the audience through a couple of onstage snafus, such as a performer being late to the stage.

One of the night’s standout performers included a spoken word performance by Rafika Alami, whose poem included a personification of Syria as a woman who longs for help, and Alami’s feelings of despair and hopelessness as she sees Syria’s state progressively deteriorating. Another standout performance was a tabla drum performance by Mehron, who consistently wowed the crowed with his dynamic hand movements translating into a mesmerizing, rhythmic stream of percussive sounds.

After each performer took the stage, the night’s festivities ended with an auction for various art pieces to further the organization’s fundraising efforts, capping off a hugely successful night for the organizations and their cause.