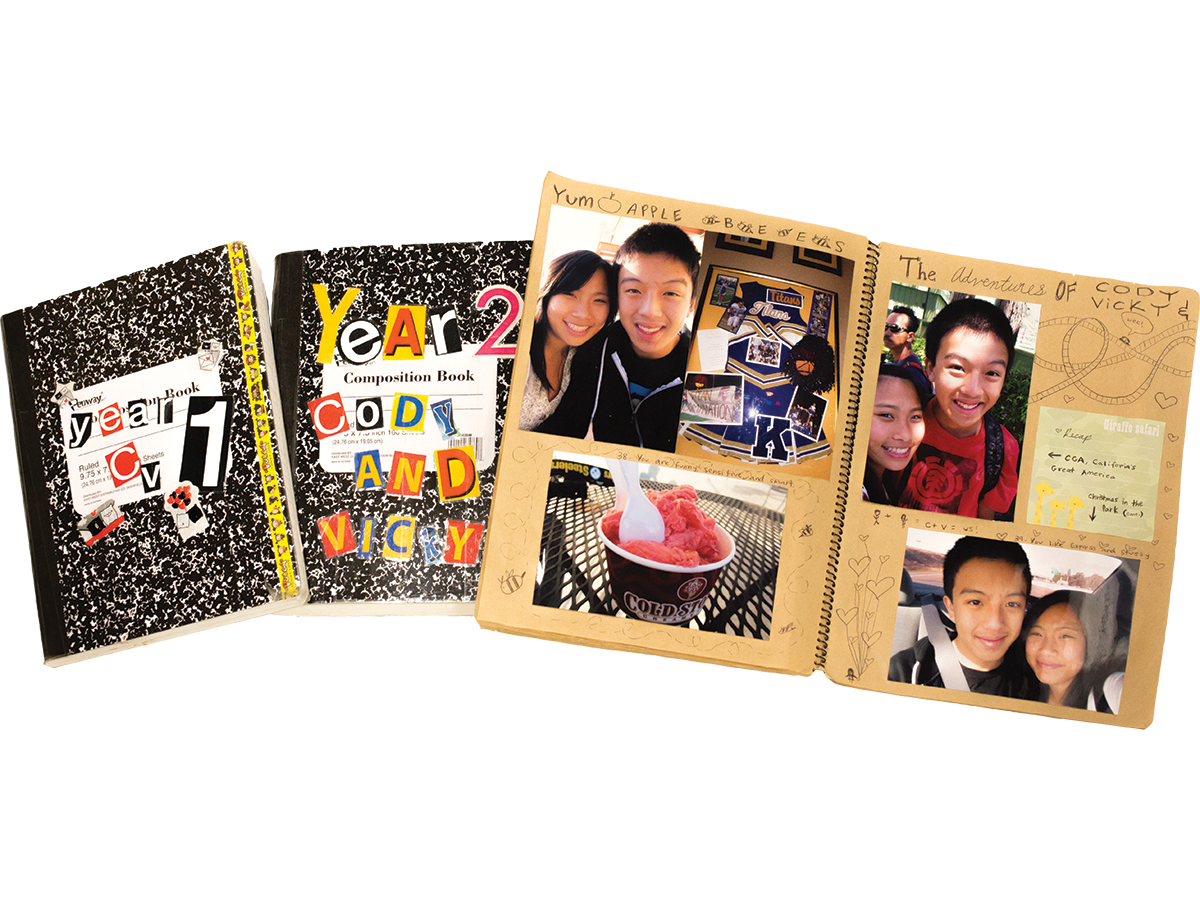 “Yup, it’s been nine years with Cody, recently as of February,” beamed Vicky Nguyen. As a co-worker and friend of both Cody and Vicky Nguyen, seeing their impressive long-term relationship flourish gives me hope (and chills, in a good way), and I can easily say that I don’t know of any other couple that has sustained a longer relationship in our generation.

So when my nosy self decided to dig deeper into the relationship and interview the couple, I was honestly impressed with the level of maturity that they both possessed — Cody at 21 and Vicky at 22 — regarding their outlook on life and just how the almost-decade-long bond came to be.

“It all began in seventh grade when I saw that I wasn’t the only Nguyen in the class and he was seated next to me. He seemed like a cool guy and he was always making smart little remarks in class,” reminisced Vicky. Even though Cody didn’t notice her right away, when he did, he was only met with a thumbs-up from his friend and words of encouragement to pursue her.

“I thought she was cute, but I also thought that she was offended by the fact that I didn’t speak Vietnamese after she had said ‘What kind of Viet are you?’ to me,” said Cody. It wasn’t until a little later that Vicky reached out to Cody with the help of a mutual friend through the popular instant messaging app, AIM (AOL Instant Messenger), interrupting his computer gaming session. “Yeah, I was a little irritated since my game was still running,” laughed Cody.

Although Cody had been wanting to ask her out for some time, another friend seemed to have the same idea, even though Vicky ended up rejecting the friend. Knowing this and now having the upper hand, Cody asked if she would react the same way if he had asked her out. Buzzing with anticipation, he waited for her answer after hitting send. But instead he was only met with an “I’ll think about it,” from Vicky.

“I mean I had to ask my girlfriends first! And besides, the next day he didn’t make eye contact with me so I thought he regretted asking or forgot he asked,” remarked Vicky. By the end of the day at sixth period, however, Vicky finally gave her answer to the anticipated question: yes. “After that we pretty much just held hands for like 30 seconds, passed some notes, and that was it. We only hung out for five minutes a week or something and we didn’t get to really hang out outside of school until two years later,” said Cody.

The initial lack of quality time together helped them rather than hurt them, and as their instant messages grew lengthier, their relationship grew stronger. In perspective, the distance allowed them to grow as individuals. By developing different interests and hobbies, “it teaches you to balance different facets of your life and relationships. It’s cool that we can live our separate lives together,” reflected Cody. “The Highlander Newspaper was really the first thing that we worked together on, actually. But aside from that, we still developed the same values as we grew together,” added Vicky.

Despite the fact that Vicky’s parents had no idea about Cody, he eventually was around long enough for them to grow comfortable with him, after being introduced during summer orchestra. On the other hand, Cody’s parents have always liked Vicky from the start and they never ran into any problems in that area since they respected each other.

“We never really yell or argue either. It’s always miscommunication of some sort and when something happens, we just take a step back, think about it rationally, and let it go. We’re not scared to tell each other anything either and in this sense, honesty is key,” commented Vicky. It’s been widely advised that honesty and communication are foundations to a relationship, and reflecting on the relationship between Cody and Vicky, there is definitely a high level of trust.

“You have to treat your friendships like your relationships and your relationships like your friendships,” advised Vicky. By having the same level of respect, appreciation and honesty for them, you’ll be able to incorporate the two within each other to avoid becoming extremely exclusive to or dependent on your significant other. There will always be new opportunities to learn about each other.

Another method that works for them is to keep the spontaneity and sense of adventure high. Whether it’s being open-minded to learning more each day or to having the time of their lives discovering new things in Chicago, they make sure to never run out of things to do. “We’re always looking for more places to explore and more events to go to, since traveling has always been something we wanted to do. We still troll each other a lot too — well, it’s mostly Cody trolling me — but it keeps things casual especially when we’re going through the most stressful part of our lives,” commented Vicky.

Exclusive summer treats for you to stay cool at the pool

Be in-the-know of what characterizes the best dorm room