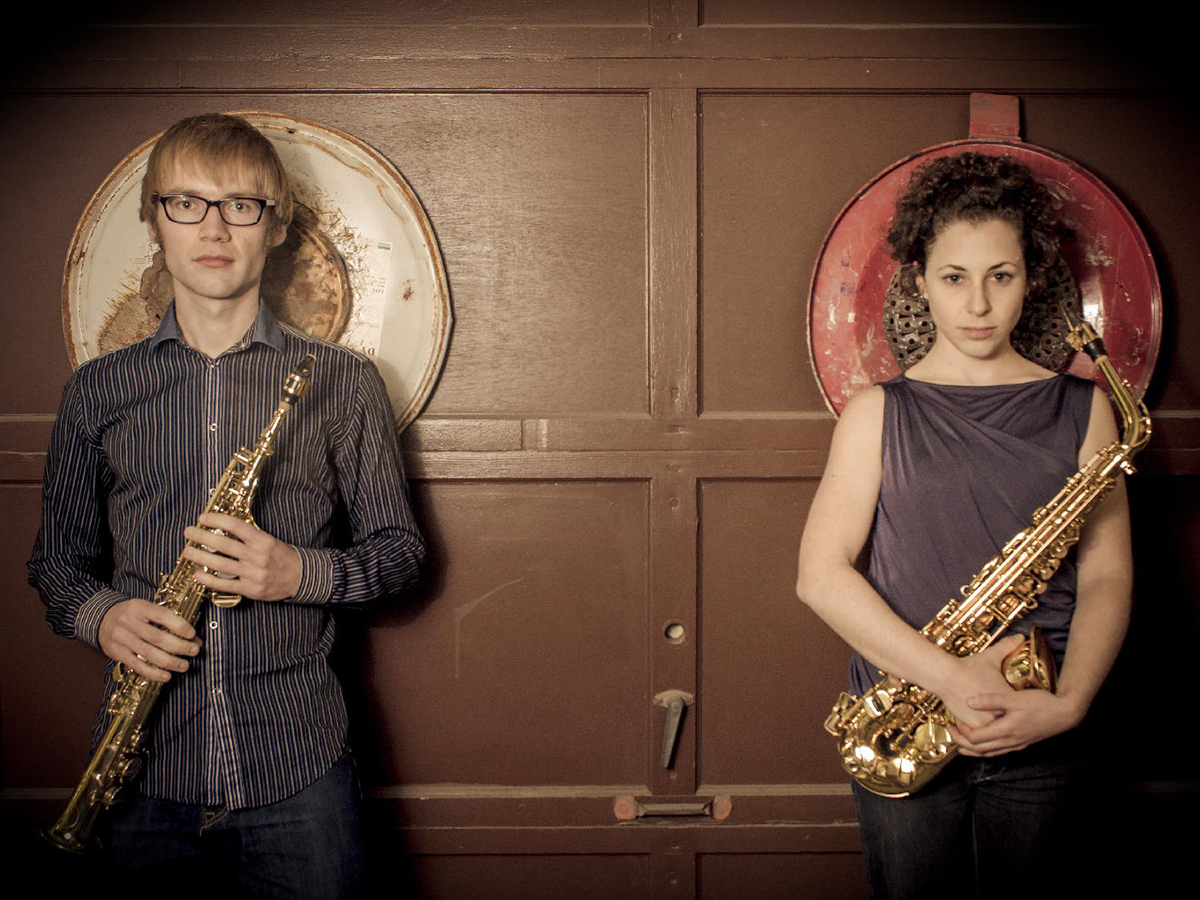 OGNI SUONO consists of musicians Noa Even and Phil Pierick, who regularly collaborate with a multitude of other composers and artists. Recently, they released their first album, “Invisible Seams” which is primarily an assemblage of experimental compositions written by various composers. OGNI SUONO have worked with countless musicians all over the globe, from Chicago and New York to Thailand.

The first portion of the night featured far more experimental pieces, which often felt more like performance art pieces than a concert. The music often played around with the formal aspects of composition, with thematic variations. The music was overall far more cerebral than enjoyable and the saxophone played by Even and Pierick often played higher notes, to the point of harshness. The most innovative quality about the music played was that it wasn’t written in regular time signatures, and thus did not have the regular rhythmic quality we associate with music. For example, the second piece OGNI SUONO performed, “Vocalise II” (written by Felipe Lara) had the structure of a performance piece. One performer would state a phrase while the other performer would play on the saxophone. The roles would regularly switch, and the phrases would begin to repeat and the performers would pick up the tempo, with the vocals and the voice of the saxophone harmonizing into a single musical piece. According to Lara, “both instruments and their respective voices will be treated as one larger, compound imaginary voice.”

After a brief intermission, the second portion of the night began, and it featured far less experimentation and more classical musical arrangements. The first piece they performed, “Dart: don’t be his shadow (2011)” (written by Quinn Collins) was inspired by a jazz trumpeter. This performance was far different than the preceding three compositions, in that the music was readily recognizable as jazz-oriented, with a regular swing tempo.

The next song, “Decohere” started subtly with low polyphonic sounds that built into the higher register of the the saxophone. These songs also play around with harmonics between the voices of each performer. According to composer Stephen Andrew Taylor, “Decohere explores quiet, fragile multiphonics in a duet creating new kinds of harmonic progressions.” While most of the songs performed during the first half of the event were unsettling and the soundscapes they were using were eerily discordant at times, the second portion was far more melodic and enjoyable.
Overall, the audience was pretty full, with a surprising range of people, from older individuals to college students. It was pleasing to see such attendance at such a highbrow event in Riverside. At the end of the evening, OGNI SUONO dazzled the audience with their virtuosic performances.