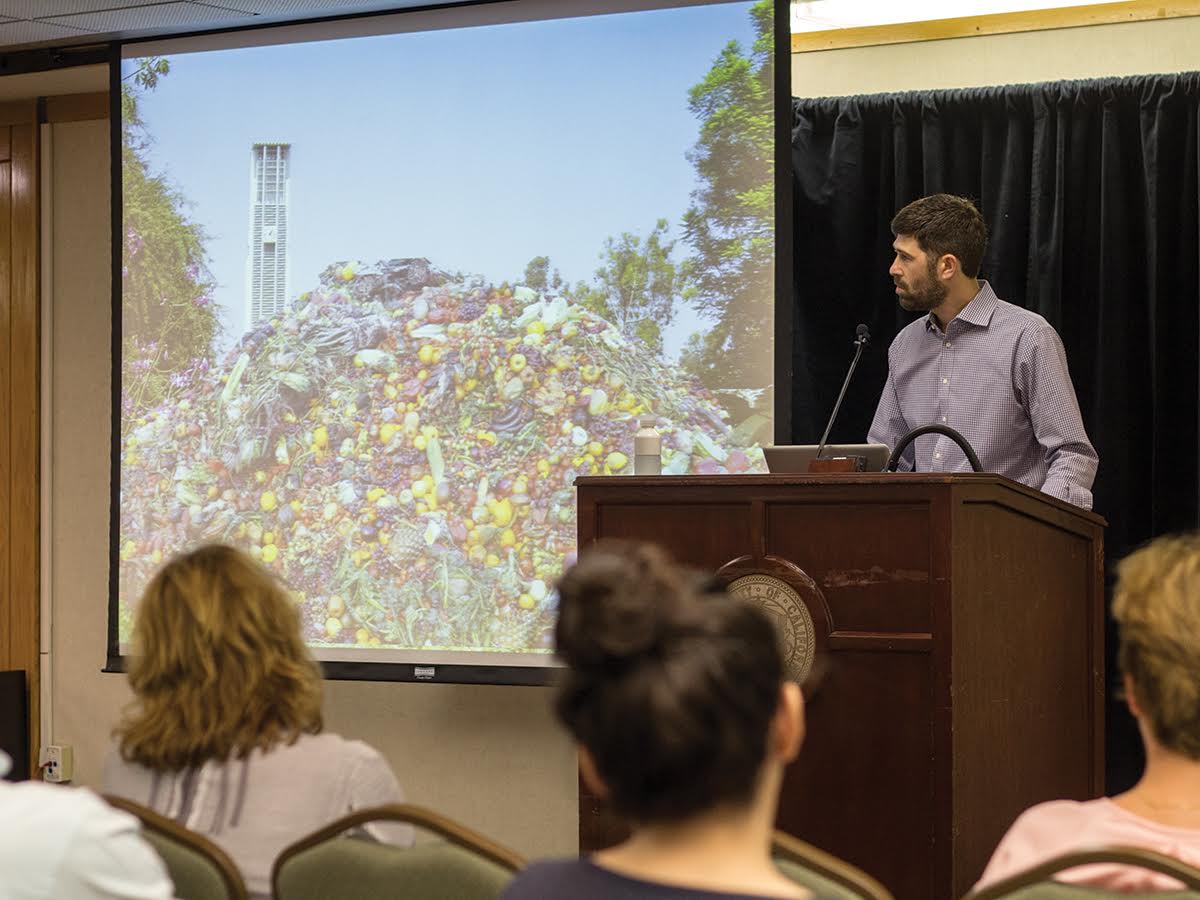 On Tuesday, Feb. 16, journalist and author Jonathan Bloom gave a lecture on food waste and the impact it has had on our world at the UCR Extension Center. The focus of the lecture was on why people waste food, the repercussions of food waste and how people can help to alleviate the problems caused by these behaviors. His lecture is among a series of discussions hosted by the UC Global Food Initiative at UCR.

Bloom explained that a large reason why people throw away unused food is due to expiration dates, appearance and lack of food knowledge. “We as a culture have gotten to the point where we are not sure if things are good or not and how to tell if it is still good,” he said.

Currently, 40 percent of the food available for consumption is wasted in the United States, despite the fact that over 48 million Americans live in food insecure households. “It’s morally callous to know that people don’t have enough to eat, and then to willingly squander food and not finish what is on your plate,” Bloom said. According to his research, by redistributing 2 percent of the wasted food we could potentially end starvation in the United States, but it isn’t a problem that many people recognize. “We often think of it as something that our nation experienced in the past, but it isn’t history, it is alive and well today,” explained Bloom.

Food waste also has a large impact on the surroundings people live in. Oil depletion, methane gases and water shortages are just some of the problems plaguing the environment. “A quarter of the fresh water usage goes towards growing food that is then wasted. To put that into a different perspective, basically every year we are losing a Great Salt Lake worth of water through food we don’t eat,” Bloom stated.

In addition, when wasted food decomposes in landfills, it is deprived of air, causing methane gases to form and be released into the atmosphere, which is a major cause of climate change. Putting an end to bad habits may seem like it would not have a large effect, but Bloom explains that ending food waste has a larger impact than people realize.

“We are producing twice the amount of calories we need per person, and to have that abundance and not do something to help those who don’t have enough to eat is disgraceful,” Bloom says. There are many solutions that Bloom feels can eliminate the problems we face today, such as legislation that bans throwing away food. Other solutions include but are not limited to: a national campaign against food waste, programs in schools and natural practices such as composting.