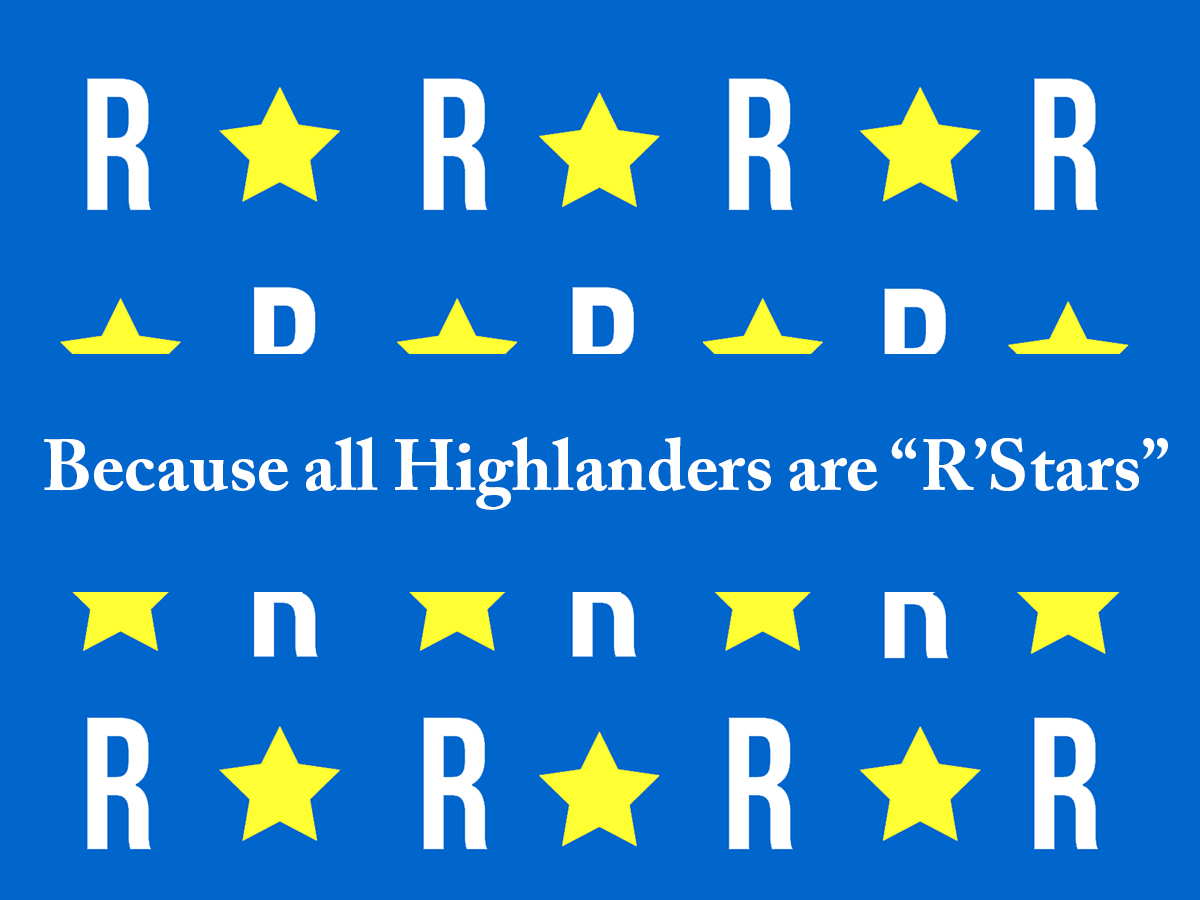 The prominence of a star in the night sky reminds us of the fame of a celebrity, which is why we call them “stars.” Our distance from stars also relates to our detachment with celebrities, meaning we have rare, limited access to them no matter how much we may admire them from afar.

I, however, don’t think that we are far from stars at all. There are so many people at UCR who have just as much potential as any celebrity in being special and making an impact on the world; we are just lucky enough to claim them close to campus.

Nick Carrillo, ASUCR senator, sees a school full of stars and created the R’Stars open mic show when trying to think of ways to provide opportunities to these students.

“Highlanders are really talented people. There are so many people who have a voice,” said Nick.

By “voice,” Nick wasn’t just referring to singing, but expression in general.

“You can come up here and do anything — singing, stand-up, spoken word” he said.

The R’Stars Open Mic event took place at the Glen Mor Starbucks on March 1. The strategically placed location is popular with students, yet not many events happen within the Glen Mor Starbucks; R’Stars was like a diffusion of expression into crevices of UCR that have not yet heard the voices of its stars.

At around 7 p.m., Carrillo approached the mic with his signature Ibanez Montage guitar and played a soothing number as a relaxing backdrop to the bustling coffee shop. It looked as though he was doing it for pure enjoyment, for the show had not even started yet, establishing a cordial tone for the rest of the night.

When the song was over, he introduced himself to the crowd, whom he addressed as “new stars and old stars.” He announced that anyone was welcome to write their name down on the sign-up sheet near the napkins and that the first performance would begin in around 15 minutes.

My friend Shannon Fries and I arrived at the show unsure of whether or not we wanted to perform. Although we had practiced a lot, we were afraid of being intimidated by more skillful performers and ultimately embarrassed if the crowd didn’t like us.

When we heard Carrillo playing to himself and saw that the crowd was pleased by his mere presence, we unanimously decided that we wanted to perform and wrote our names down on the sign-in sheet.

The first performer was Angelica Tan, who sang a karaoke version of “Thank You for the Music” by ABBA. As soon as she began singing, the notoriously busy Starbucks hushed down to give way to her angelic, clear voice. Some people at their laptops looked up and smiled at her, while study groups began to take out their phones to share the uplifting performance with their friends. I realized that not only was Starbucks an ideal venue because of its accessibility, but it is also relieving to hear a live performance while studying. It almost pulls you back to earth from wherever the demands and pressure of work drags you to.

After Tan, Josiah Parks boldly started off with an original titled “Fragile,” followed by “Don’t” by Ed Sheeran. Parks had a yearning, evocative voice reminiscent of Frank Ocean, and he soulfully performed with his eyes closed as though he was singing to us from a world deep inside of his mind.

Fries and I were next, although we were no longer nervous because everyone — both the audience and the performers — were having fun. Fries sang and I played guitar to “Fallin’ For You” by Colbie Caillat. To our surprise, an audience member shouted, “Do another one!” after our performance. Not knowing what to do, Fries and I looked at Carrillo for guidance, who buoyantly encouraged another song and even offered to join in with us. We resorted to play “Thinkin’ Bout You,” by Frank Ocean for our impromptu performance.

Carrillo remained on the stage to perform two of his original songs which instantly grasped the audience’s attention given the witty social media references.

Plascencia and Tran performed an acoustic, almost jazzy version of “American Boy” by Estelle featuring Kanye West. Plascencia’s sharp electric guitar paired nicely with Tran’s earthy voice that was like the coffee being brewed in the background.

Soumya Kar sang a karaoke version of “I’m Not the Only One,” by Sam Smith. Only after her very first line, audience member Natasha Morando remarked, “That gave me chills,” referring to Kar’s robust voice that vacillated effortlessly between high to low.

Ethan Chen and Maggie Rodriguez performed a stripped-down rendition of “Yellow,” by Coldplay, which they invigorated with fervent body movement. We could almost see the song from the way they moved with the melody of the music.

Luis Velez sang a karaoke version of “Acquainted,” by The Weeknd. Although he appeared shy, he was evidently very into the music. Something that struck me about his performance was that many audience members closed their eyes and nodded their heads to the beat despite the fact that he sang quietly. I felt inspired by their absorption with the music.

The next three performers comprised of people who had already gone up, including Parks, Carrillo, Chen, Fries and I. Although the sign-up list had slowed down at this point, I would say that this was the most fun I had in the entire show. All of our performances were unplanned, but this allowed us to show our true selves — fresh, genuine, unscripted and even a little bit goofy.

A full-fledged, $1,000-per-ticket concert would have never made room for an unplanned portion. But it was a special time for us to show everyone that you don’t need money, fame or a script to perform; all of us are already “R’Stars.”
Disclosure: Jasmine Yamanaka is a Contributing Writer for the Highlander Newspaper.