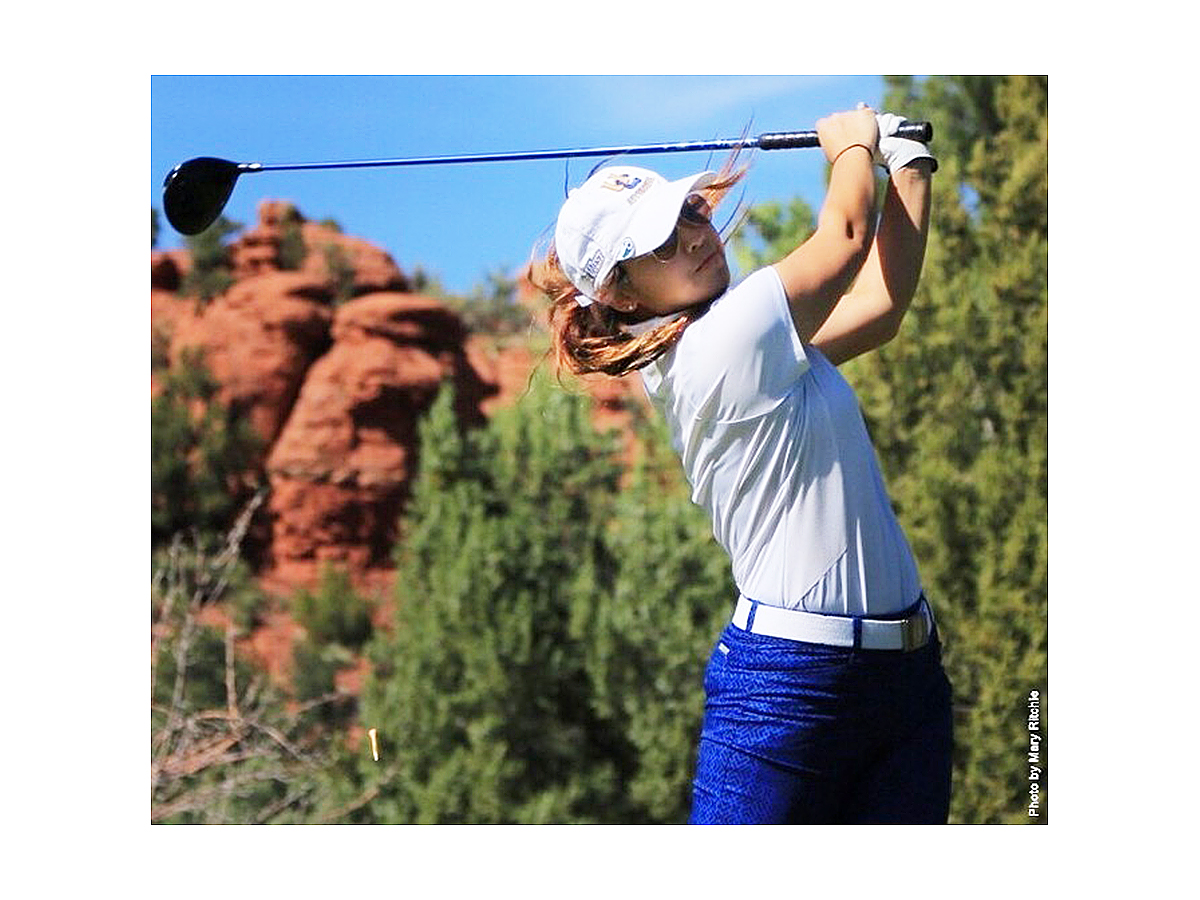 After delivering their best performance of the season at the Battle at the Rock last week, with an overall team ranking of second place, UCR returned this week at the Red Rocks Intercollegiate on Saturday, March 5 to reproduce yet another phenomenal performance.

Riverside dominated in the first two rounds with an overall finish of second place (296, eight-over-par). Three Highlanders finished in the top-10 on the individual leaderboard led by Jakeishya Le (second at 71, one-under-par), Hannah Facchini (third at 72, even) and Paris Griffith (eighth at 74, two-over-par).

The following day, Le stormed back to overcome a two-shot deficit and snag her first career tournament title and second straight top-three result. Overall, UCR finished in second place with an overall 598, 22-over-par while South Dakota led all teams at 595, 19-over-par.

Griffith shot the second-best round of the day (73, one-over-par), moving her from eighth to third on the weekend.