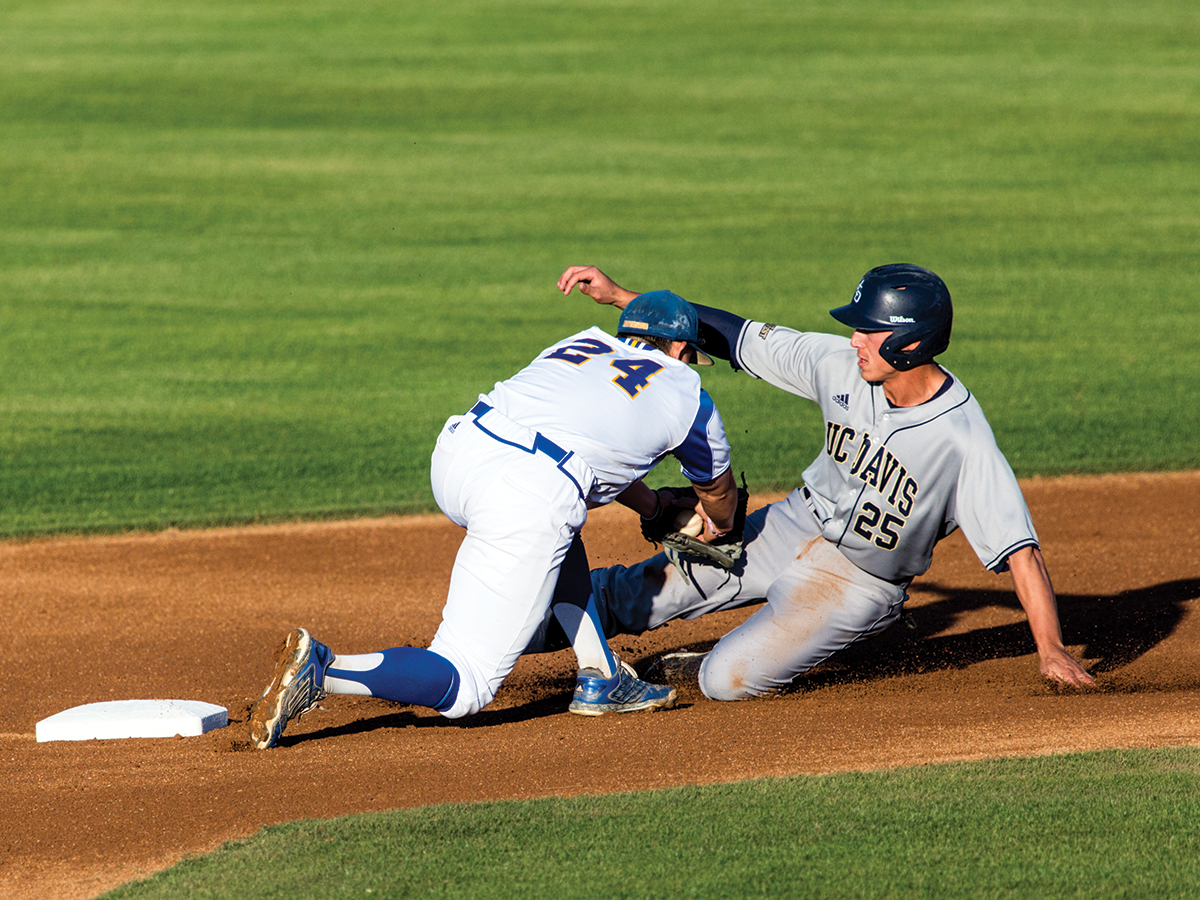 The Big West conference kicked off this Friday, April 1, as UCR had a three-game series against UC Davis. Making it halfway through the season, UCR sits at 12-13 while Davis is currently sitting in the conference with a meager 6-15 overall record after suffering two losses to UCR over the weekend. It was a particularly special occasion for the Highlanders as it was the day of the ceremony to commemorate now-former head coach, Doug Smith.

Things looked promising for UCR as the home stands were packed and the atmosphere was pressing for a Highlander win. The Aggies took the early lead, though, plating a pair in the top of the second against Riverside starter Austin Sodders. From then on, Sodders kept the Aggies off the board until the sixth, and relievers Jared Morton and Matt Ellis kept it a 3-2 deficit into the seventh. Pinch hitter Adonis Morrison was the hero of the night, as his pinch-hit single in the bottom of the eighth broke a 3-3 tie and gave the Highlanders the win. Infielder Colby Schultz led the game stats with two runs and three at-bats with Mark Contreras close behind with one run, one run-batted-in (RBI), and three at-bats. The game ended at 5-3 in favor of the Highlanders.

It was a similar story as Davis returned for their second match of the weekend against UCR as the Highlanders were riding on the momentum of Friday’s results. UCR started off strong as they built a 5-0 lead in the first two innings with Highlander Vince Fernandez bagging two of those runs. The Aggies held on as their pitcher, Justin Mullins, allowed a mere three hits from the third through sixth inning, disallowing Riverside to widen the gap. Davis came back as the teams were tied in the bottom of ninth until Fernandez plowed a grand slam, settling the match at 8-5, bagging UCR their second straight conference win. Mark Contreras shined statistically in this match with five at-bats, three runs and one RBI.

The final game of the series proceeded on Sunday with an intense matchup as the Aggies vigorously fought back to get revenge for the two losses. UCR looked like a different team in the previous two games of the series, allowing a multitude of errors resulted in a loss for the Highlanders at 13-12 in favor of Davis. With an overall 29 hits and 25 runs, Sunday’s high-scoring affair was led by the Aggies at 9-0 at the bottom of third until UCR rallied a comeback, drastically changing the flow of the game and putting them ahead at 12-9. Shortly after, the Aggies tied the game up to 12-12 with UC Davis hitter Cameron Olson hitting a fly ball into left field but while struggling with the glaring sun, UCR’s Fernandez failed to make the catch, resulting in a double for the Aggies and securing the victory for the opposition.