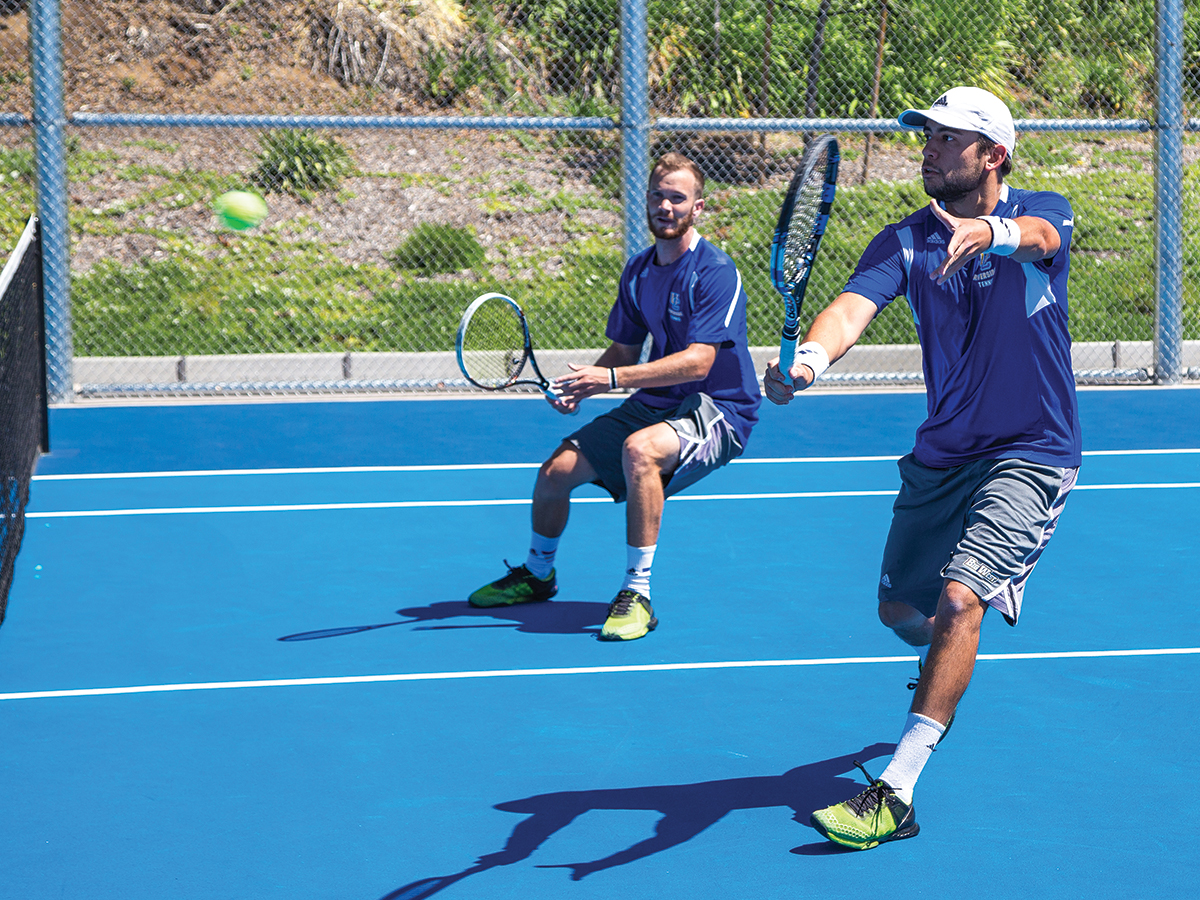 If someone were to ask what qualities make a sports team truly exceptional, the general consensus would be togetherness. Yes, these qualities are cliche, but also incredibly important. The fact is not every team that believes they are bonded together truly means it. As for the 2015-16 UCR men’s tennis team, they mean it when they say they are a brotherhood and it is a driving force behind the historic season they are putting together.

Flash back to merely a year ago and this team, with six returning seniors from the previous year, won a total of four games. Last year, according to multiple players, the team lacked a strong work ethic and the attitude was not constructive whatsoever as they were focused more on individual than team wins.The team, as freshman Kyle McCann put it, “Lacked overall enthusiasm. We seemed to almost accept defeat at times.”

Fast-forward to this year and you have a UCR men’s tennis team, led by newly hired Head Coach Mattias Johansson, that has tallied a school-record 12 wins and has a .522 record in two conference matches. But this wildly impressive turnaround did not happen overnight. It took time and, as Johansson would admit, a bit of a gamble as well.

When he first got to the practice courts, Johansson immediately noticed the team was disjointed and needed a massive change of attitude. However, Johansson was not sure if he could even accomplish the task, fearing, “These (seniors) would not allow me to come in here and do what I do and change things” and merely tune him out with this being their last season. But despite this, Johansson wanted to reinvigorate this team through an undying principle: unity. From the first practice, the coach noticed players were not taking practice seriously and that no one had a sense of urgency for training hard. “Guys were not even wearing the right practice gear, wearing non-Adidas gear at an Adidas school. The rule was not really enforced,” stated Johansson. From that point on, Johansson began to show he wanted to improve everything about this team, starting by changing everything about the practice atmosphere and how the players approached practice.

He began by addressing the seriousness of practice, explaining to the players, “When I talk, everybody stands up. If you come to practice in non-Adidas gear, you’re going home.” But it did not just stop there. Johansson wanted to see this team become a single unit and not just eight tennis players all happening to be wearing blue and gold. Johansson believes “Teams can have good results and not be that close but in order to reach the ultimate goal the team needs to have a special bond,” and he wanted to show this team that strong work ethic was key, but working hard to make the guy next to you better is more important than making yourself better. It is obvious that this team has begun to take practice more seriously and every member of the team is looking out for one another.

McCann says he likes the improvement of the team’s attitude, stating, “If you win your match but the team loses, we’re going to be upset about the loss. We’ll recognize your win but we aren’t going to make a big show that you’re winning the matches.” McCann is not the only one who believes this team has come a long way in terms of bonding, senior Sean Yu also notices the improvement of the team chemistry, adding, “People who grind together and share the same pain get brought together.”

This UCR team has definitely been through the grind and has had its fair share of pain, opening the season 0-5 and seeing a key senior leader go down with an injury before the season even began. Despite these setbacks, this group never gave up on each other or Johansson, and they certainly never given up on their goal of making this season something worth working for.

All teams love to think they are united under a common goal and have each other’s backs. But when you play a sport such as tennis, that is largely an individual sport, and you still have a group that is solely focused on overall team success, then you truly have a united, deeply bonded team. This team had some doubts opening the season and once they opened up 0-5, there was even more negativity surrounding the team, but the negativity never penetrated what Johansson calls, “the inner circle,” which is the collective group of coaches and the leaders of the team. Rather, the group found ways to stick together and weather the storm instead of jump ship.

Now, in the midst of a historic season, this men’s tennis team is seeing their loyalty to one another rewarded and they have yet to fully dive into conference play. This group is shaping up to be the type of great team Johansson believes is formed by unity and devotion, and more importantly, this team is shaping up to be the beginning of new narrative for UCR tennis.