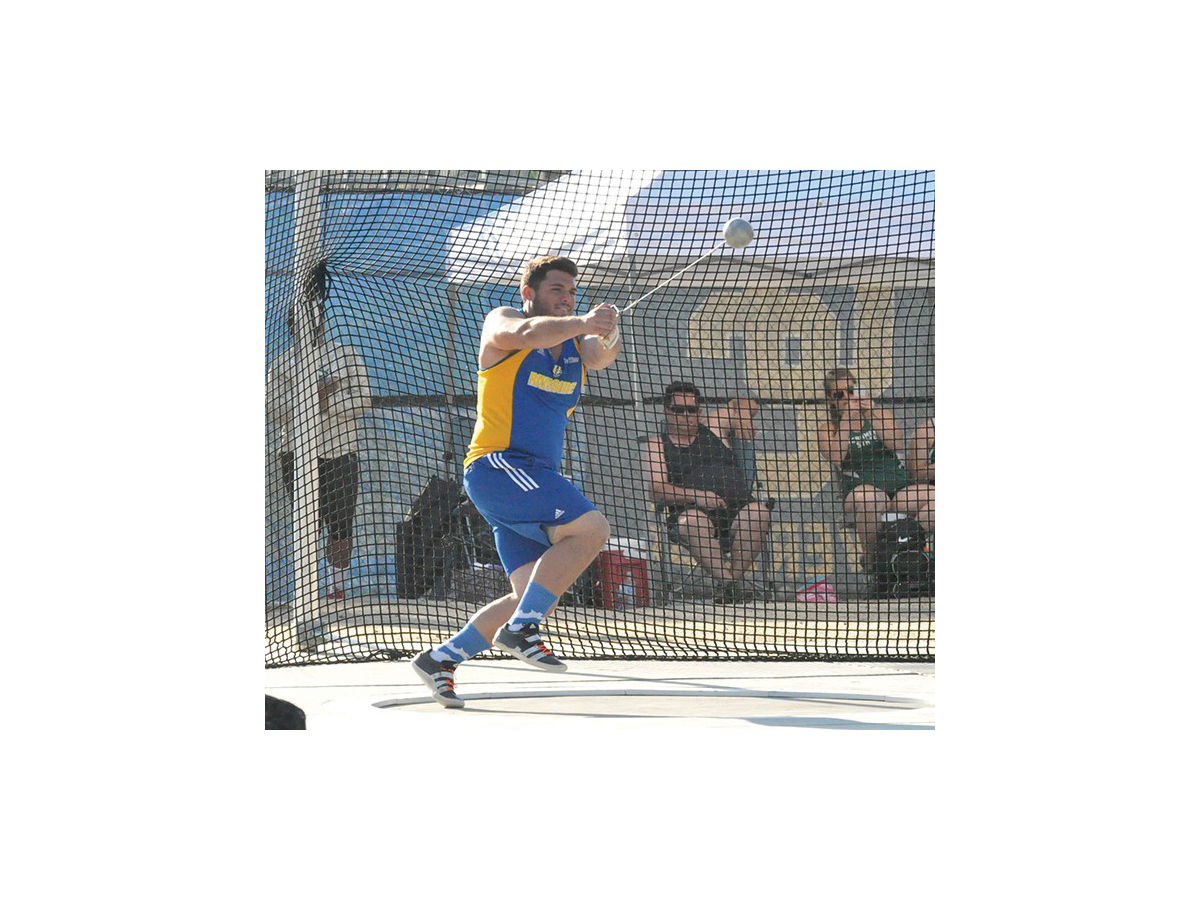 A rainy weekend for the city of Riverside turned into a sunny weekend for the UC Riverside track and field teams. The Highlanders traveled to Tempe, Arizona to compete in the Sun Angel Classic hosted by Arizona State University. On Friday, April 8, four Highlanders participated in the hammer throw. With a great overall season, ranking fourth in the nation in the indoor weight throw and holding second in last year’s Big West hammer throw, Vesta Bell competed in women’s hammer throw and placed 12th, throwing a 52.44m. The same day, Carl Nahigian threw a 57.51m, a new personal record, and took home third place for the men’s hammer throw. After a calm first day, the Highlanders prepared for a full schedule on Saturday morning.

During the long jump event, Tayler Fleming placed 11th with a 5.78m and Aman Pannu took home 13th place with a jump measuring 6.66m for the men. In the men’s triple jump, Darren Richardson Jr. placed 13th with a 13.60m jump.

In the Premiere portion of the classic, the Highlanders participated in the women’s 800 meter run, men’s one mile and the women’s and men’s shot put competition. Cross country runners Faith Makau and Cody Jordan competed during the classic. Makau ran a 2:13.48 taking ninth place in the women’s 800 meter and Jordan ran a 4:04.44 in the men’s one mile coming in seventh. During the shot put competition, Jemison threw a 16.14m coming in ninth for the women and Nahigian placed sixth with a throw of 17.42m.

After a long weekend full of events the Highlanders will compete in the Mt. SAC Relays this upcoming Thursday, April 14 through Saturday, April 16 in the City of Walnut at 10 a.m.