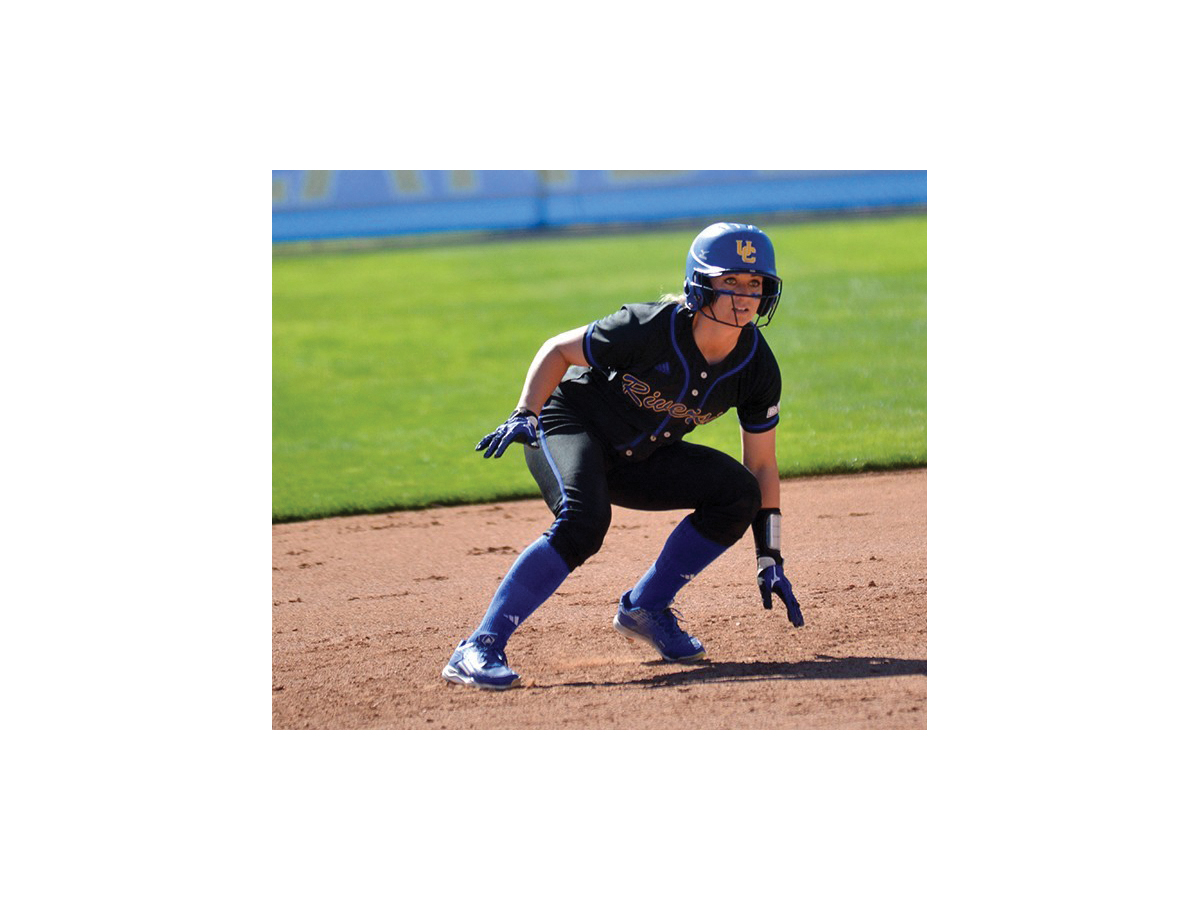 Coming off a three-game losing streak, UCR softball wasn’t looking too competitive against third-place Big West contenders UC Santa Barbara this past weekend. Despite the odds seemingly stacked against Riverside, the team pulled through with an amazing display of finesse as they dominated against the opposition in a three-game series.

Kicking off on Saturday, the team had back-to-back games slated against the Gauchos. The first game of the day was a one-sided affair with UCR’s Taylor Misfeldt dominating on the mound. With three strikeouts and throwing a six-hit complete game shutout, Misfeldt’s performance was instrumental to the 4-0 victory secured for Riverside, as well as impressing UCR softball alumni who were in attendance for the day. On the hitting side, Madeline Richard impressed with three hits and two runs early on in the game, staking the Highlanders to a 2-0 lead in the bottom of the first.

This one-sided affair continued for the rest of the game as UCSB made an effort to retaliate; however, with UCR’s impenetrable outfield and with Misfeldt keeping the Gauchos’ batters on the ropes, this attempt was for naught. Another run would be won for Riverside on a Haley Harris triple, putting the score to the final 4-0. This would be the first conference win for UCR this season as well as making this a record for Misfeldt at 15-8.

Looking for revenge in the following match, Santa Barbara brought the pressure on as they scored four runs in the first inning, but ultimately fell to UCR as they slowly but steadily accrued seven runs over the course of four innings, ending the game at 6-7 in favor of Riverside.

The same story continued the following morning as the teams came back for a final bout on the pitch. The Highlanders commanded the game from the first inning, with two runs scored thanks to Natalie Sanchez sending a fly ball to right center, snagging two runs-batted-in. UCR continued to hold off the Gauchos for the following innings as both teams struggled to manage a run as mistakes in the outfield were given up by both teams in the outfield.

Blows were traded in the seventh and eighth innings with UCR’s Chelsey Holley singling to the pitcher, earning Riverside another run at the bottom of the seventh, tying the game at 3-3. Hannah Rodriguez sealed the deal in the eighth as she hit another single to the pitcher, securing the fourth and final run for UCR, ending the game at 4-3, which ended the three-game series in a blowout against UCSB.

This weekend series was instrumental for UCR as these wins brought the team out of last place, moving them up to third, tied with Santa Barbara in the Big West standings. Expectations for the team are high as these games are proof that UCR has what it takes to mount an offensive in the Big West Conference and stack up against the top teams when they’re at their best. The Highlanders come back next week to face off against CSU Bakersfield on Tuesday, April 12 and a two-game Big West series against Hawaii on Friday, April 15-16 at home.