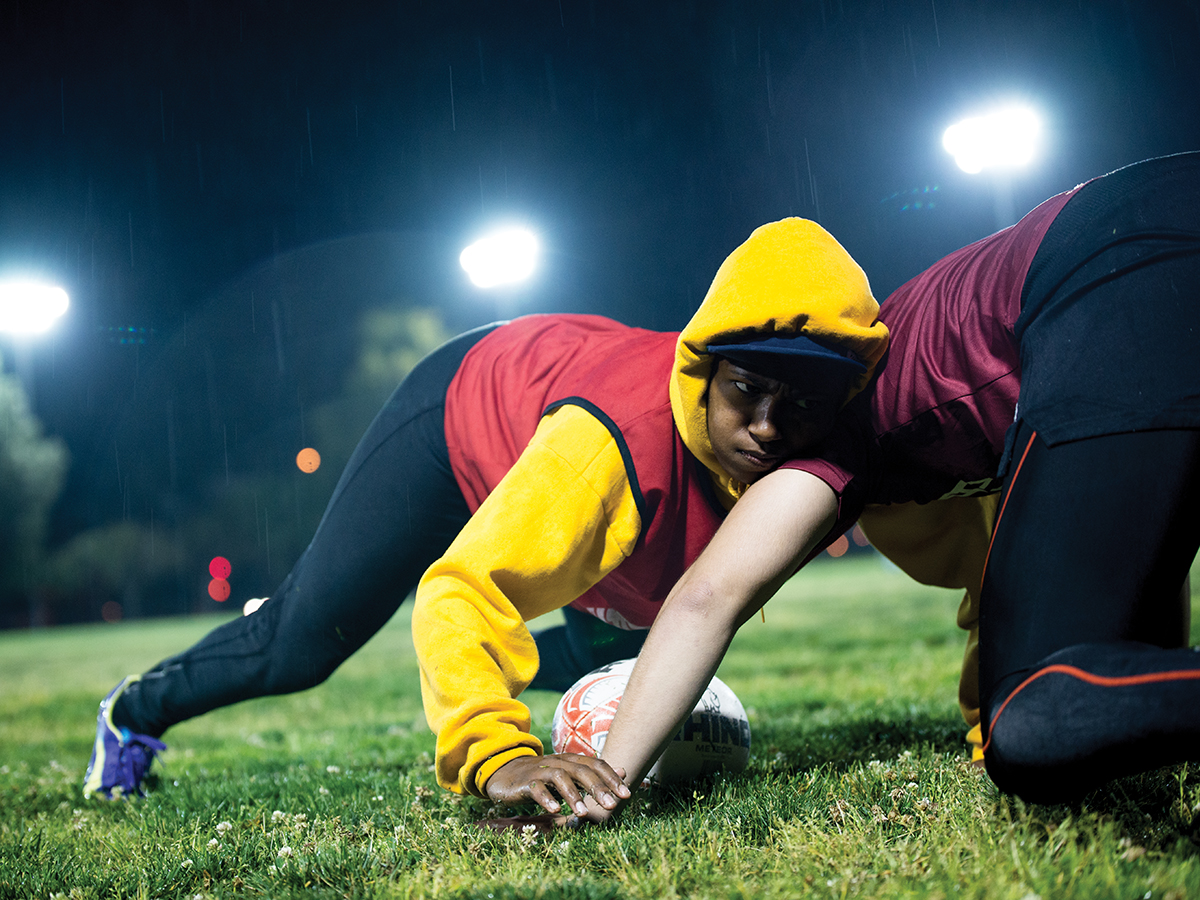 For some people, cold and rainy nights are the best nights to stay indoors and get comfortable with a blanket and Netflix. For other people, they are the perfect nights to get a few hours of outdoor, full-speed, full-contact practice for one of the toughest sports out there. If you find yourself with the determination, commitment and toughness to agree with the latter, then you would be a perfect fit for UCR’s women’s rugby club.

The club is comprised of 22 players, five coaches and one bond shared through the grueling hours of practice required for this club to perform every week. The pain of practice and soreness of weight training has not been for nothing, as this club is ranked No.1 in the Gold Coast Conference Intercollegiate Rugby League (GCCIRL) and they are well prepared for a successful playoff run. The whole coaching staff as well as all of the ladies are absolutely focused and prepared to win the national playoff tournament, but their collective goal is much bigger than winning playoffs: it’s achieving Division I — and eventually, NCAA — status.

As far as on-the-field play is concerned, these women are ready for Division 1 but they need “about three or four years in a row of placing nationally before we can put in the paperwork,” says Jill Sarao, a third-year player and team president. Lack of players is also holding these ladies back, as Sarao and fourth-year player Tishani Finnikin mentioned, “we need about 30 girls, although we would like 40,” which would require the current roster to basically double.

This poses a problem for the club since their roster is comparatively small. Finnikin believes the club’s success has actually played a role in discouraging newcomers from joining, saying, “winning spring nationals likely intimidated people in a sense, they probably think we’re too serious of a team.” She also added, “We’re not a very serious team. We train hard but we’re also a very loving team,” a sentiment which was seconded by Sarao and fourth-year player Michelle Hong. Of course the ladies also cite the sport’s violent reputation as a deterrent to potential new players, but the team believes that as the club and the game gain attention that the negative stereotypes will go away.

This women’s club shows a level of dedication to their craft that is unparalleled by most clubs, because not only are these players committed to the season here and now, they are committed to the club’s future as well. The club has a desire to set up a pathway program for high school girls who are interested in rugby to have a chance to continue their careers into college, or to begin it altogether. There are, however, rules that govern how a college club can interact with a high school team, much the same way the NCAA has recruitment rules. Sarao explains, “USA Rugby will have these events at high school tournaments for us to (recruit) at,” however she also explains that this team does not recruit so much as it explains to these your girls “that we’re a good team to grow with and be a part of, and we’ll accept anyone really, as long as you’re committed.”

The players and coaches want to assert to possible new players that this club’s sole desire is to work diligently and be committed to each other and to improvement. They want people to know that this team has compassion and friendship to offer as long as you have a strong work ethic to offer in return. When asked if, “It’s safe to say you ladies are on the grind 24/7” Sarao, Finnikin and Hong looked at each other with a smile and let out a casual and confident, “Yeah” in unison, which was seconded with an equally confident ”definitely” by second-year player Emma Dixon.

Despite playoffs being in full swing, these ladies are still laser-focused on commitment and dedication, as well as proving once again that they are ready for the title of Division I. The hope is that with this season’s success they will be one more solid season away from being able to petition to be moved up a rank. However, even with that goal in mind, the ultimate goal is to continue to build a reputation of excellence for UCR rugby and to build a program that is more like a family than a club, and fosters hard work, determination and compassion for all those involved.

In fact, the club is closer to that goal they realize, as first-year player Megan Houze succinctly explained, “I came here for the rugby team. I played for two years in high school and it was my love. So I looked for a school that had rugby and my majors and this school had both so I came here.” Houze believes she absolutely made the right choice in UCR and she is already deeply determined to be playing Division I rugby at UCR by the time she graduates. With the level of dedication and desire set in place by leaders like Sarao, Finnikin and Hong, there is strong possibility she will be.

Unfortunately the club lost a close match to a very well-built Fresno State team, 31-27. GCCIRL Commissioner Mark Wilson officiated the match and told UCR’s ladies, “I’ve never reffed such a close game between two rising teams” and Sarao asserts the team believes this was one of the best matches they had ever played. Despite the loss there is still hope: The club has a match against UCI for a third-place consolation in this tournament. Although the ladies suffered a tough loss, they are “incredibly pumped” for their follow-up match and still have a chance to strengthen their Division I petition case with another well-played match, and hopefully a win, against UCI.