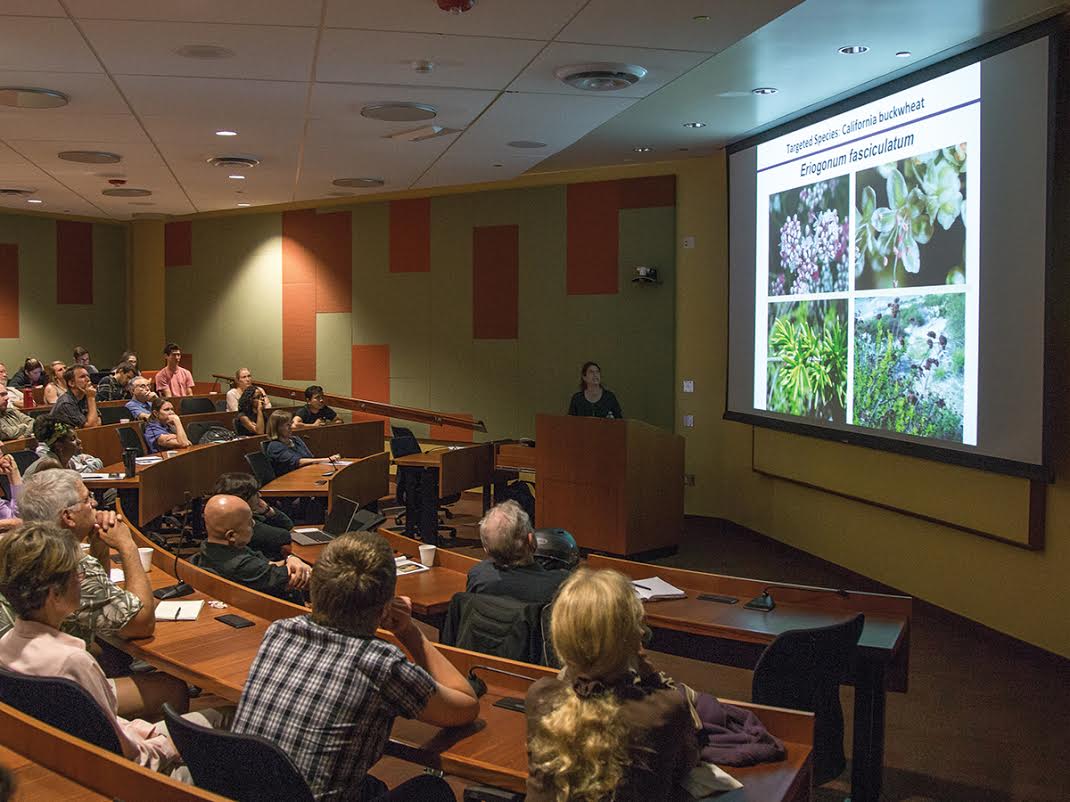 Susan J. Mazer, professor of ecology and evolutionary biology from UC Santa Barbara, gave a talk on Wednesday, April 13 about her work with the California Phenology Project (CPP), studying the effects that climate change has on California plant species.

Phenology, Mazer explained, is the study of changes in plants and animals. Flowers blooming, leaves falling off of trees in autumn and new bud formation are all examples. The goal of the CPP, aims to raise citizen awareness and engage “citizen scientists” in studying the effects that rising temperatures and changing climate have on California plant species across several different biomes.

Mazer explained how she was able to engage local landowners and citizens by detailing the possible effects of changing plant phenology. Plants that herbivores rely on for food may not remain as a reliable food source, and plants that flower at a certain time may not be available to pollinators if their blooming period changes. In turn, this could damage positive symbiotic relationships and create negative ones — having broad implications on California ecosystems.

In choosing a location for the CPP’s experiments, seven pilot parks were selected. These include Golden Gate National Recreation Area and Joshua Tree National Park. Out of the multitude of plants that inhabit these parks, species that could be used to address key scientific questions whilst simultaneously engaging the public were selected. To this end, the plants chosen had to be easily accessible in their home park while also being easily identifiable, especially since the CPP relies on citizen data collectors. The Joshua Tree and the coyote brush were two species she mentioned out of the 34 that were chosen.

In covering data gathering, Mazer went into detail about how standardized cards were made for all of the plants. These cards included common “phenophases” (e.g., flowering or the process of an individual organism growing organically), with any changes being noted on the card. When a change was logged, other data like the amount of rainfall and recent temperatures were also noted. To minimize variables such as elevation or a local event, plants that reside in a multitude of parks and at multiple latitudes, longitudes and elevations in the same park were chosen for study. In comparing the difference between the plants’ nominal behavior compared to recorded data, the resulting effect that global climate change has on phenology could be discovered.

Though the work of the CPP is still relatively young, some data has already been gathered. Several plants move into their phenophases sooner in the year, with plants flowering and budding in response to increased rainfall and increased temperature. With enough time, trends can be deduced and the possible impacts that changing plant phenology will have on California’s ecosystems can be better understood.