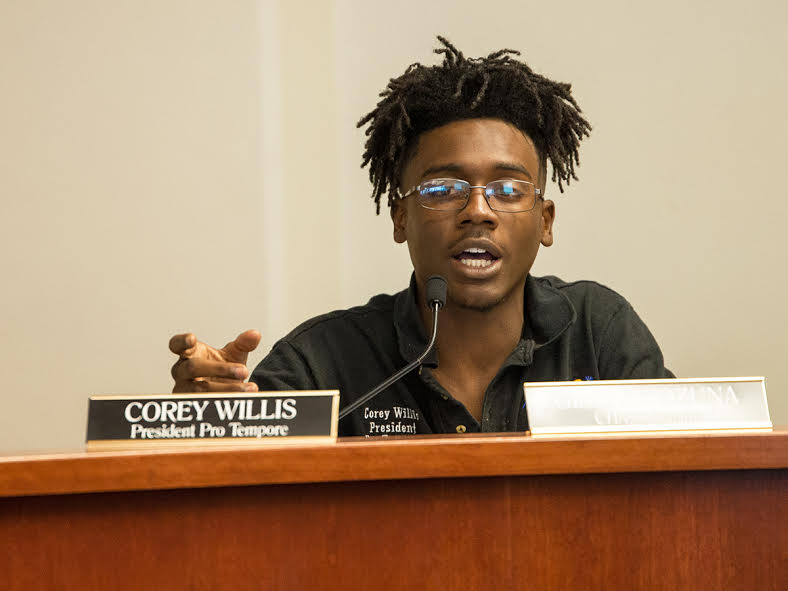 ASUCR unanimously approved the “Resolution in Support of Ensuring Fair Final Exam Scheduling,” (Finals Week Resolution) at last week’s senate meeting, which urges campus administration to prevent week 10 exams or finals as they occur right before finals week. In addition, a proposed change to the ASUCR bylaws, which would separate failure to meet academic standards from censure was tabled.

CHASS Senator Casey Thielhart authored the Finals Week Resolution to stand as a symbol of solidarity with students and to lobby the academic senate to sanction a “dead week” during week 10, similar to UC Santa Barbara where “the giving of any examinations is strongly discouraged, especially giving two examinations in the same course within the time span of dead week (week 10) and finals week.”

Vice President of External Affairs Summer Shafer, urged the senators to become more engaged with the academic senate, so that the goals of this resolution can be achieved. “It’s important to have student representation on those committees … This is something that you can bring up to them and they can do in those meetings … we need to make sure we’re sitting on committees that can actually make that kind of change,” Shafer explained.

After a brief discussion, the resolution passed 11-0-0.

Attempts to change chapter 24 of the ASUCR Bylaws were tabled after a thorough review by the ASUCR senate. The changes, proposed by President Pro-Tempore Corey Willis, attempted to place student representatives, who fell below the 2.0 GPA minimum on an “Academic Leave” as opposed to censure. This allows the opportunity for senators to return once they reach the proper academic standards.

The proposed changes stated, “If any member is determined ineligible of meeting their based on academic requirements for a quarter and must go on Academic Leave, they shall be forbidden from exercising the duties and privileges, of their position, including voting and shall have their stipend withheld for the following quarter in which they are on Academic Leave.”

In addition, the early draft would’ve left the senatorial seats vacant for the entire quarter. This caused concern among senator’s, however, as certain colleges such as the Bourns College of Engineering could potentially lose half of their student representatives if one seat is left vacant.

Changes were made to allow alternates to fill a suspended senator’s vacancy, until the end of the quarter. After a 4-4-3 vote, the measure was tabled.

– The ASUCR Student Voice Committee was formed after a unanimous vote. The committee will consist of ASUCR and Costo Hall representatives and a mixture of graduate and undergraduate students to help organize student actions.