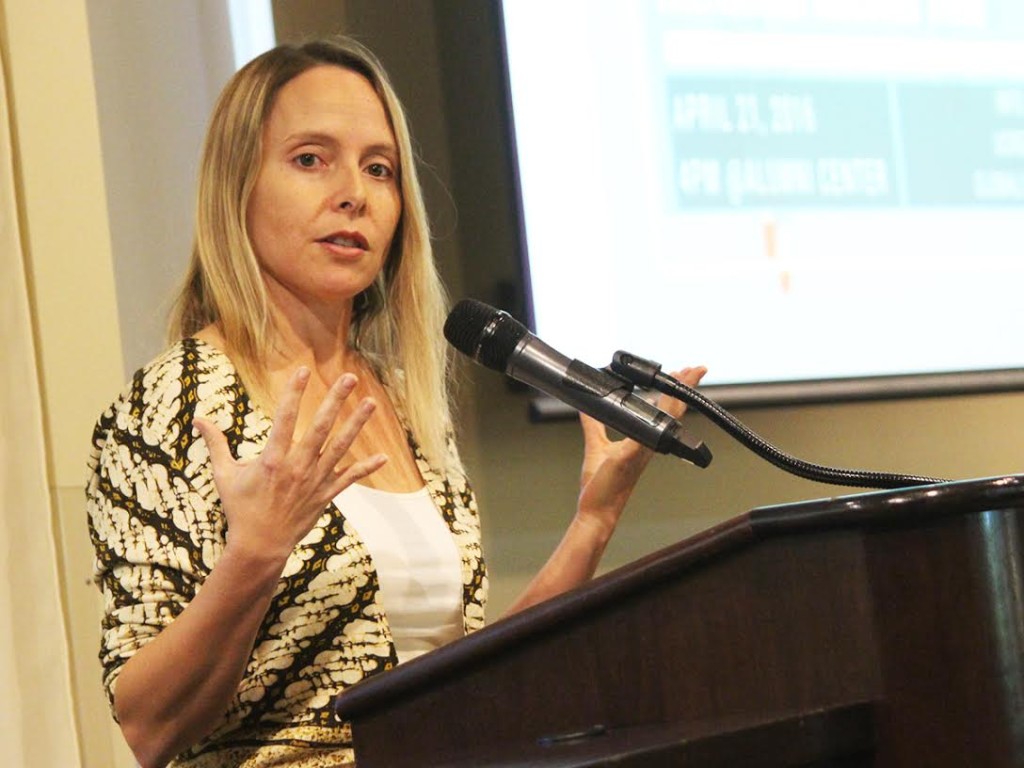 The Global Issues Forum (GIF) held an event at UCR’s Alumni Center on Thursday, April 21 called “Global Drug Trafficking: Understanding the Root Causes of the International Narcotics Trade.” The panel was moderated by UCR professor of political science David Pion-Berlin and consisted of Angela Hawken, professor of public policy at Pepperdine University and Everard Meade, director of the Trans-Border Institute at the University of San Diego (USD).

The focus of the panel was on drug consumption, policy, research and trafficking. Angela Hawken opened her talk by briefly summarizing some things she learned at New York University’s Cannabis Science and Policy Summit. She elucidated that some research papers presented at the summit showed that marijuana consumption is a substitute for opiate consumption, which as she explained is “very good news for states that have legalized (marijuana) because that would’ve have been a big concern if it went the other way.”

However, driving down demand and supply in the U.S. in recent years, as Hawken explained, has been less than successful. Using the Drug Abuse Resistance Education (D.A.R.E.) program as an example, Hawken explained that some evidence suggests D.A.R.E. can be counterproductive, as it disseminates drug terms via lecture. With 50 percent or an estimated 95,800 sentenced inmates in federal prison serving time for drug offenses, she also stated that criminal justice approaches have also failed.

One thing that she does have hope for is drug harm reduction programs, which are currently being utilized in Canada, Australia and states like Washington and New York. An example that she shared is in Seattle where nonprofits and law enforcement have attempted to make sure that drug users are eating well and using clean needles so as to prevent the spread of diseases like HIV or hepatitis C.

Everard Meade, who is also professor of history at USD, started his talk by clarifying the definition and nuances of the drug war currently being waged in Mexico. Meade defined the war from the policymakers’ side, which deployed 50,000 soldiers and marines to police the drug war since 2006, and the side of ordinary people caught in between. He explained how large-scale violence was something that he spent a lot of time explaining to immigration judges in the U.S. to fully comprehend an asylum seeker’s experience.

Meade went on to explain that the impunity rate is what really sets Mexico apart from places, like Detroit, Michigan, that have higher homicide rates. The clearance rate, or rate of people indicted for homicides, in Detroit was about 40 percent at the peak of Detroit’s 2007 homicide epidemic. On the other hand, in Culiacan, Mexico, a city that is home to the powerful Sinaloa Cartel and a homicide rate that is equal to Detroit’s, the clearance rate was 3.5 percent, meaning that 98 percent of murders in Culiacan have been left unsolved in the last 10 years. “There’s just this dramatic difference for ordinary people in terms of their expectation for justice,” said Meade.

The second thing Meade argued that sets Mexico apart is the social impact of the spectacle of violence. Meade explained that places like Culiacan experience weekly spectacles where dead bodies are put on public display by the hitmen who carried them out. With the advent of the online age, these deaths can also be broadcast to millions of viewers who could “be immersed in the gore” of the murder.

This segued into his assertion that the modus operandi of cartels in Mexico has changed a lot since the late 1980s and early 1990s. Whereas violence was utilized only to enforce contracts, intimidate rivals or as a reprimand for someone breaking the rules, violence in the 21st century is used to spread strategic terror amongst the general populace and consolidate their social and political power in the region. The model of drug trafficking has also undergone change and cartels have started to traffic arms and humans and involve themselves in financial racketeering. “The drug war in Mexico isn’t just about drugs anymore,” explained Meade.