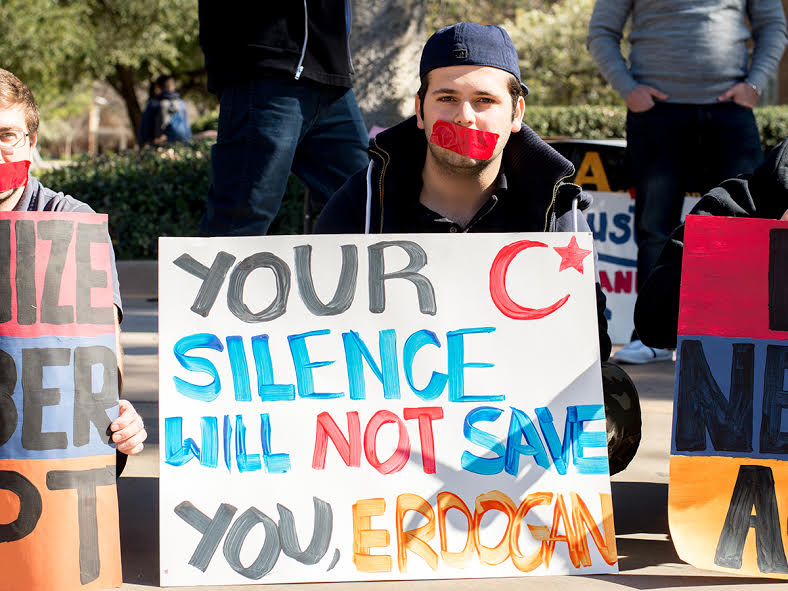 In memory of those affected by the Armenian Genocide, the Armenian Student Association at UCR held a memorial entitled “Flowers for Our Angels” at the Bell Tower on Thursday, April 21. Students were invited to pay their respects to the victims and flowers were distributed in memory of the victims. The event was coordinated as an effort to pay respects and to inform students of the genocide itself, which is not officially recognized by the United States, Israel and the United Kingdom due to political ties to Turkey and the desire to avoid conflict within the region.

According to Meline Zaghikian, president of the Armenian Student Association, (ASA), “The United States refuses to acknowledge this as a genocide because of their relations with Turkey.”

In 1915, the Ottoman government began killing men or forcing those who were able-bodied into hard labor. Later, the military deported Armenian women, the elderly and children and made them walk through the Syrian desert in what are now called death marches. During these marches, rape, robbery and starvation were commonplace, often resulting in death. Historians estimate that between 800,000 to 1.5 million people died as a result of the government’s actions.

Turkey, where the Ottoman Empire once reigned, refuses to acknowledge the killings as genocide. A large reason the Turkish government denies the genocide happened is because they do not believe the events actually occurred or that the killings were due to World War I conflicts. The Turkish government admits to deporting the Armenians as a precaution during the war, but say they never intentionally killed any of them. They also claim that the amount of victims is exaggerated and their estimates are around 300,000.

Zaghikian said, “It has been 101 years this Sunday since the genocide has begun, and it has been 101 years of denial.” The ASA’s goal is to educate students on the history of Armenia and create enough attention so that the United States and other countries will recognize the massacres as what they really are. “We hold events like this just to educate people as much as we can and get our word out,” said Zaghikian.

The event was formerly named “Flowers for the Fallen,” but was changed to “Flowers for Our Angels” since the Armenian Church canonized all genocide victims as saints on the 100th anniversary of the beginning of the genocide.