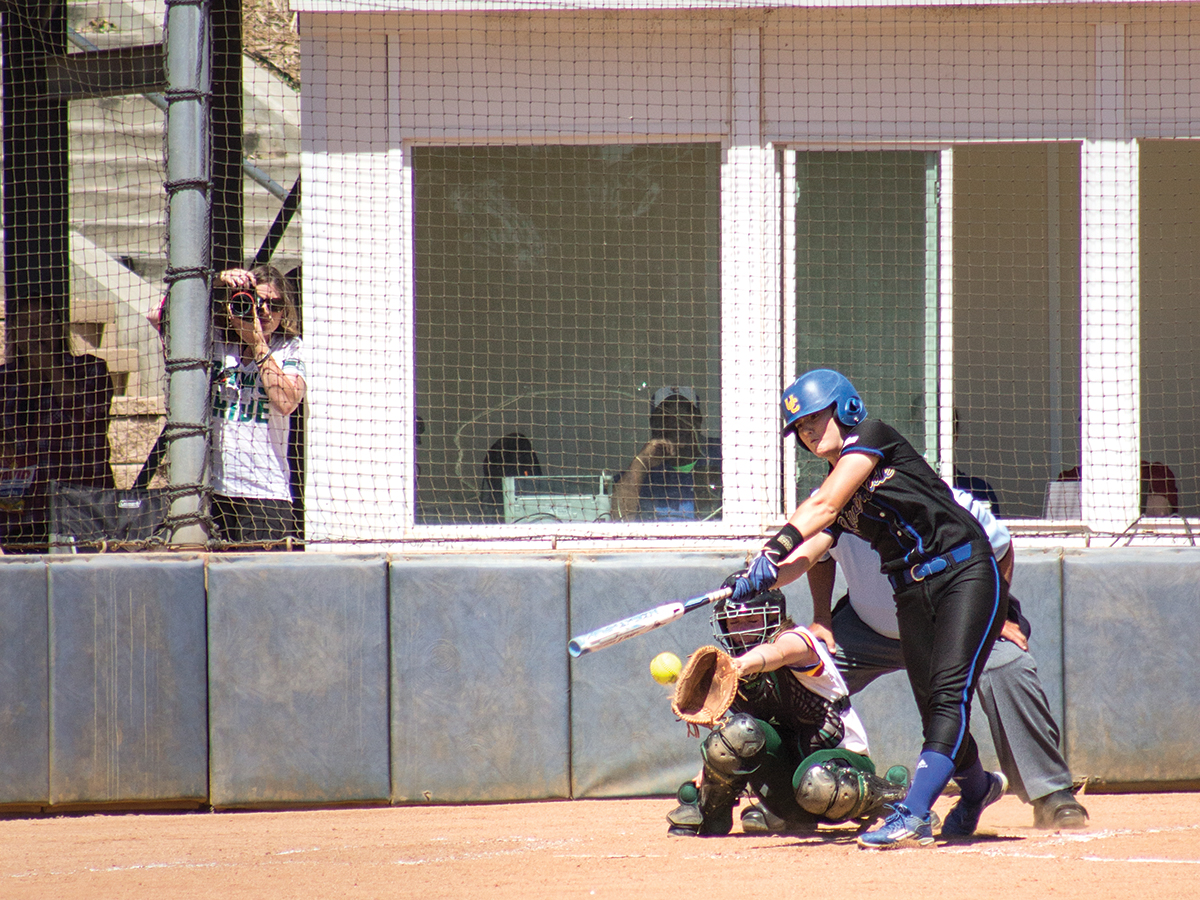 The first slew of games took place on Friday, April 22 with UCR taking the win on both at 7-2, 3-0, respectively. The team wasted no time in bringing the heat during the first inning as they took four runs within a matter of minutes. UCR’s Natalie Sanchez doubled to right field, allowing Haley Harris to take the first run of the game. Stephanie Tickemyer came to the plate and hit a 3-2 into right field for a triple, scoring Courtnie Ploesch and Chelsea Holley to make it a four-run lead before the home team stepped in the batter’s box. The Aggies responded with a single run during the same inning as Taylor Misfeldt held the pitcher’s mound down, only allowing that run in the bottom of the first.

Misfeldt was the star of the game as she accrued six strikeouts over the course of seven innings, and with UCR taking the win at seven runs, she acquired her fourth win as pitcher. For Davis, however, after scoring their first run, they would respond at the bottom of the second, as they got a single followed by a run-scoring double to close the gap. Ultimately, the gap wouldn’t get any smaller as the game ended with Davis being contained at two runs.

The second game’s result was much of the same as the two teams got right back to it after a short break. UCR freshman Anessa Cepeda got her third start of the season and tossed her second complete shutout in as many starts. The teams were gridlocked in a back-and-forth battle to score the first run of the game until the fourth inning. Ploesch laid down a squeeze bunt that scored Jenna Curtan speeding home from third for the first run of the game. It was a low-scoring game and the Aggies would fail to respond as the score ended at three runs in favor of UCR to naught for Davis.

The Highlanders capped off the series with a 4-2 win on Sunday, with the win going to Misfeldt putting her at 20-10 on the year. Next for UCR softball (31-14-1) is a home series against CSU Northridge from Saturday, April 30 through Sunday, May 1.