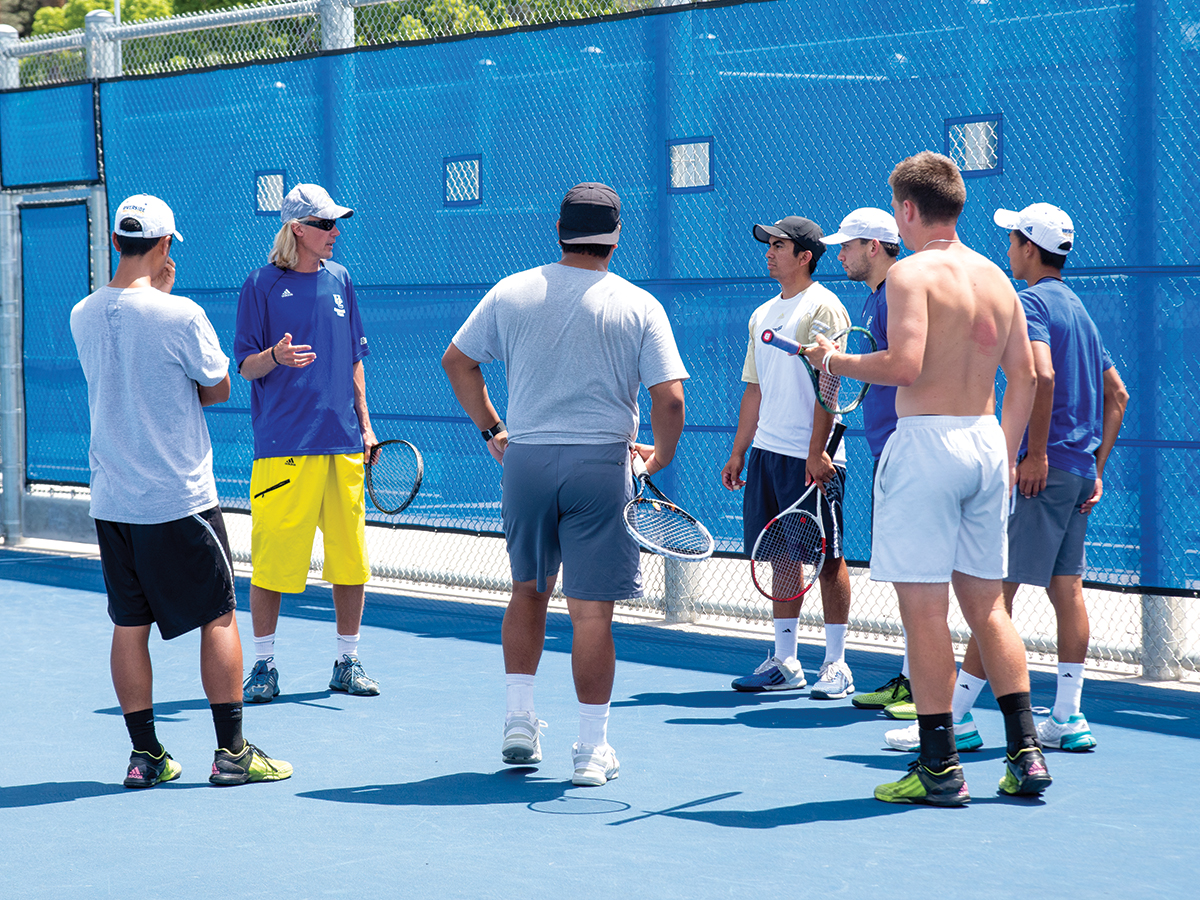 UCR men’s tennis played their first match of the Big West Conference tournament against the University of California, Irvine at the Indian Wells tennis arena on Wednesday, April 27. The Highlanders dropped the match, 4-0, bringing their impressive season to an abrupt close.

Despite the one-sided nature of the game, UCR’s men’s tennis played strong and competitive matches that were just not enough to get the win. Head Coach Mattias Johansson believed this match was absolutely in their grasp saying, “We were up on five of the courts in that match and the level we can play at was shown.” Johansson also noted, “If they could have kept that level up we could have won those sets. But after they (UCI) won those first sets they started to run away with it and our guys just did not have enough in the tank.” Johansson does not believe the team running out of gas was a result of his increased practice intensity; instead he credits the opposition saying, “They were just better.”

The loss brought an end to the Highlanders’ historic season, in which they earned a Division I program-record 13 wins . Unfortunately, this match was also the end of seniors Hans Baumstark, Calvin Ngo, Julian Ruffin, Marcus Viscarra, Sean Robles and Sean Yun’s playing days at UCR.

Moving forward from the heartbreaking loss at Indian Wells, Johansson is already beginning work to make next season even better. “More wins. And to be even more competitive against conference teams and in the conference tournament” are the goals for next year’s campaign. To achieve that goal, Johansson wants to start by bringing in a class of high quality recruits as freshmen so he can train them for four years. Johansson believes that his returners, Kyle McCann, Anderson Ju, Jack Felich and Cooper Bridge will also help strengthen next season’s team by adding experience to a roster that is now dominated by younger players.

As for how many more wins? “That is the question,” says Johansson. “But it will be up to these guys to answer that.” Johansson is aiming for 14-15 wins at least and more success against conference opponents. Right now Johansson is focused on “day one. It all starts there with the conditioning and the attitude and the practice” as well as rebuilding the atmosphere that this year’s squad created that was so conducive to their success. Johansson is excited to begin next year’s training and season as he looks to continue to rewrite the narrative of UCR men’s tennis.