Highlander
Home Features Behind the scenes: What it really takes to be a collegiate dancer 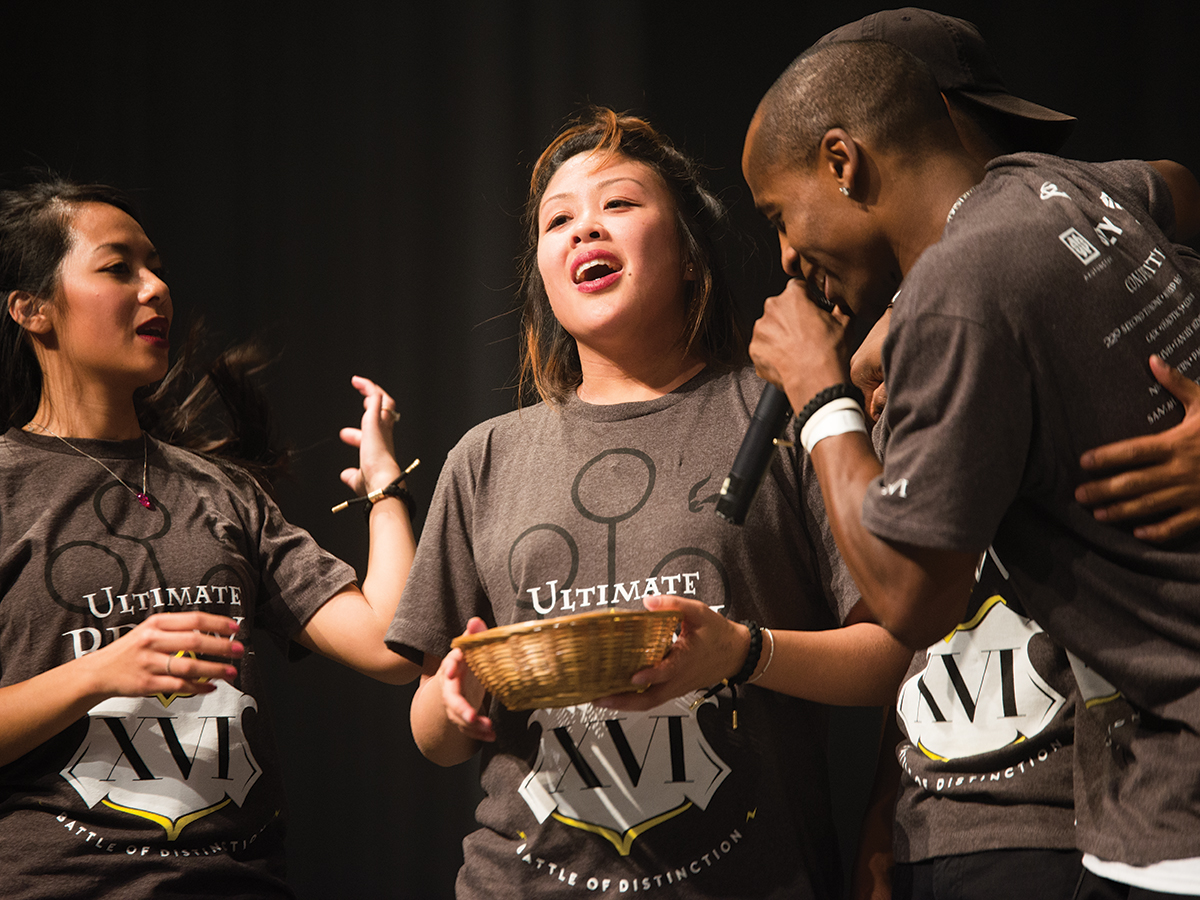 Emotions ran high this past weekend as 909 Hip Hop Dance Troupe opened the curtains to present its 16th Ultimate Brawl: Battle of Distinction. Ultimate Brawl is one of the five oldest hip-hop dance competitions in California alongside Prelude, Battlefest, Fusion and Body Rock, all of which have served the hip-hop dance community for nearly two decades. Though Ultimate Brawl is reputable for its annual theme and hospitality, my amazement lies with the people behind the scenes: the dancers, judges and of course, 909 Hip Hop Dance Troupe.

Being a student dancer is tough, but 909 Hip Hop Dance Troupe pushes their limit by organizing an entire competition. Not only do 909 members practice between 12 to 20 hours a week, but many are also full-time students and have part-time jobs. In some instances, the team has practiced for 40 hours in a single week while staying on top of their regular responsibilities.

Why do they do this? Simply put, it is for the love of dance and each other, a mindset that echoes throughout the entire dance community.

However, there are only so many hours in a day. Many student dancers have to question whether or not the mental, physical and emotional toll dancing takes is worth it when they have other responsibilities. In speaking with several dancers from the community and 909 members specifically, many of them agree that the taxing hours are worth it as long as their health and future goals are not jeopardized. Ultimate Brawl Coordinator Chrystal Abano noted, “Some people don’t even sleep or eat. I don’t know how they do it, but they still manage to perform onstage after all of those hell weeks, making posters and tabling.” Some of these dancers had only slept for two hours before working from 7 a.m. until midnight for this event. 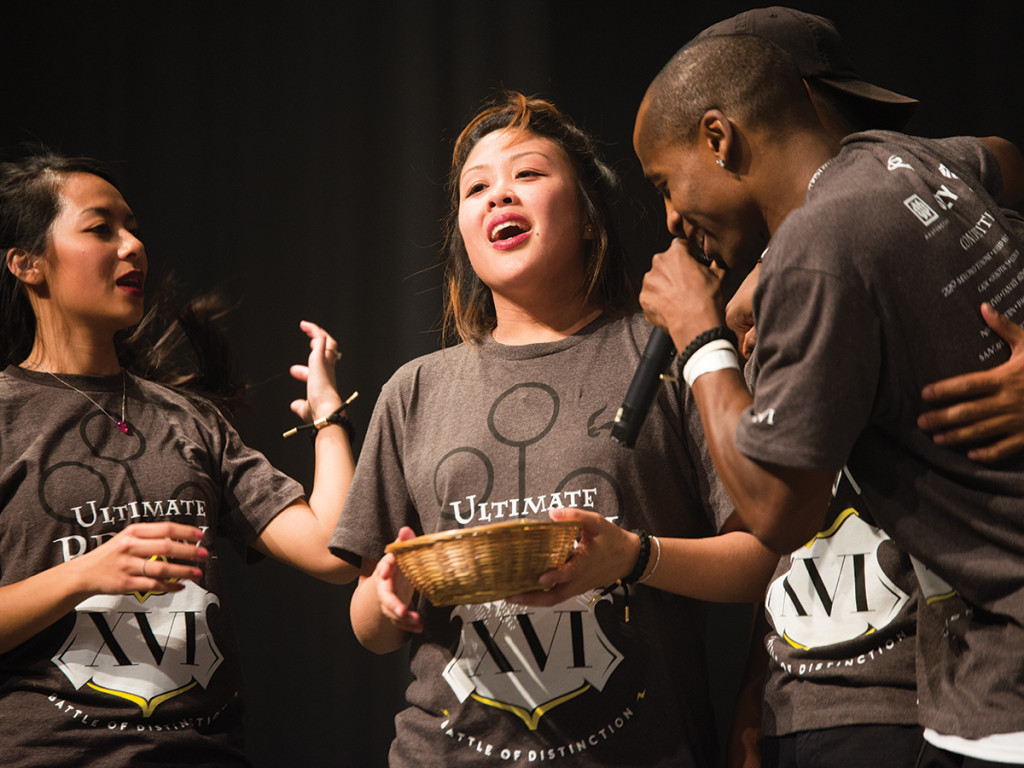 Robin Ching, dancer from the G.O.O.D. (Growth Out Of Dance) Project, made an important statement regarding time management: “You can manage your time as much as you want, but if you don’t have energy, you won’t be as productive. It’s a balance between time and energy.” Once you start working full time, you’re more accountable for upholding career-related responsibilities. For this reason, managing your time to sleep, eat and relax is just as important as delegating time for work, studying and dancing.

Jessie Ma, editor-in-chief of the popular hip-hop dance blog, Steezy, stresses the importance of examining the long-term pay-off of your activities in college. Some students, dancers or not, are guilty of choosing activities that are immediately gratifying or distracting from their career goals. Rather than compartmentalizing school and dance, Jessie suggests developing skills and relationships that are good for you personally and professionally.

Finding a healthy balance is attainable after learning how to manage stress. On the subject of leading a group of 40 dancers, his executive cabinet and the Ultimate Brawl coordinators’ team, 909 Hip Hop Dance Troupe Executive Director Ian Iwataki says, “One of my biggest jobs is to make sure that through the madness, nobody kills each other. It can get very stressful and tensions run high so I take it upon myself to be included on their plans and ensure they have breathing room, resources and help. Being executive director requires me to be a jack-of-all trades instead of specializing in something. They’re good at their jobs, I’m good at helping them.” Aside from their passion for dance, the team’s unconditional love and support for each other is vital in keeping them focused on their commitment to 909.

For many 909 members, this isn’t their first Ultimate Brawl. Many recall Ultimate Brawl’s first year of existence as being a sports competition where dance was a minor division. Since then, the competition’s production value has improved substantially and the dance community has grown. With this year being his fifth time assisting Ultimate Brawl and being affiliated with 909 Hip Hop Dance Troupe, Miguel Bolanos notes that the team’s enthusiasm is sourced in the team’s leadership. Artistic Director Andrew Threet and Dance Captain Jessica Hsu approached their exhibition performance with great pride. The duo regularly express gratitude to their dancers and talk about passion to encourage their dancers. To Jessica, performing at their own competition is important to her because it’s a reflection of the team on their own stage. 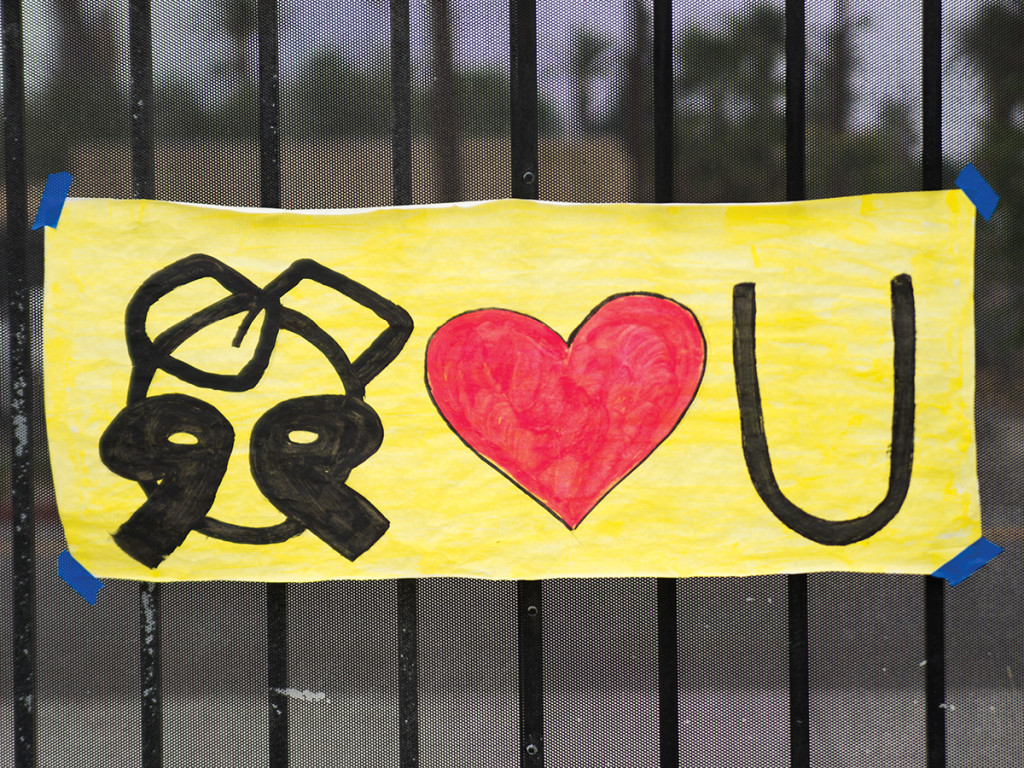 Ultimate Brawl holds a special place in many dance community members’ hearts. Even though Ultimate Brawl is a competition, 909 focuses on providing the teams and audience with an experience. Instead of separating the dance teams from each other, the teams stay in the same backstage room, which 909 members have decorated with custom-made posters for them and hundreds of encouragement posters around the venue. For a lot of dancers, Ultimate Brawl is the last competition of the season as well. Graduating college seniors and other parting dance members share their farewell performance to the dance community at Ultimate Brawl.

In a broader spectrum, Ultimate Brawl’s stage has been shared with new-school dancers as well as old-school dancers, something 909 prides itself with as one of the oldest dance teams in the dance community. Mookie Washington, four-time host for Ultimate Brawl, reminded me of a piece of wisdom said by Arnel Calvario: “There’s roots before branches.” Mookie discusses how hip-hop as a dance style and culture has evolved greatly over time. Before the hip-hop styles we see now, there was a foundation before it.

In hosting dance events such as Ultimate Brawl, the dance community is paying homage to those who laid the foundation for hip-hop before them. Serving the dance community and showcasing their passion for dance are the sole reasons 909 Hip Hop Dance Troupe welcomes the chaos of being a student dancer.

Disclaimer: Vicky Nguyen is a past member of the 909 Hip Hop Dance Troupe.